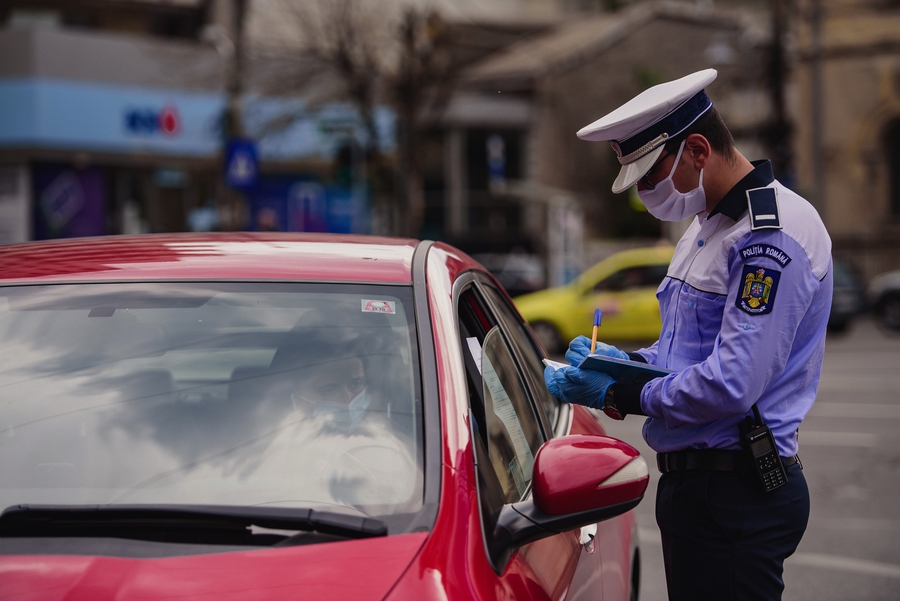 Georgiana Gheorghe, executive director of APADOR-CH, expressed her deep concern regarding the lack of clarity surrounding the law on preventing and combating money laundering and terrorist financing, as previously reported by the Monitor. The most problematic aspect of this law remains that, contrary to EU Directive provisions, associations and foundations in Romania have an obligation to report to the Ministry of Justice with a list of their real beneficiaries (including their personal data, for example, a copy of their ID). However, the concept of “real beneficiaries” has not been properly defined.

It has been a year since the law was first introduced, but despite non-governmental organisations’ (NGOs) repeated calls for the government to define exactly what falls under the category of “real beneficiaries”, it has failed to do so. As a result of the COVID-19 emergency measures introduced in Romania, the government extended the deadline for reporting “the real beneficiaries” to 14th August 2020 but the law is still unclear on what associations and foundations should be reporting. As a consequence of the lack of clarification from the Ministry of Justice, each organisation will have its own interpretation of the law.

Gheorghe told the CIVICUS Monitor that the ambiguity of the law can negatively affect the work of NGOs, particularly those that lack the means to represent themselves in court should they be fined for failure to comply with an unclear law.

In a positive set of developments, APADOR-CH released a statement in early July 2020 in which it expressed its support for a government-initiated pre-consultation with local NGOs on the issue of freedom of association. The new government has shown willingness to cooperate with civil society organisations (CSOs), as representatives of the non-governmental sector have been invited to discuss proposals to amend the NGO Law (Government Ordinance No. 26/2000), an act which deals with the role and functioning of NGOs in Romania.

During the pre-consultations, APADOR-CH highlighted the need for establishing a unitary procedure for conducting online meetings of collective management structures of associations and foundations (general meetings, boards of directors, etc.), which has become particularly relevant during the pandemic. In addition, the association advocated for the removal of the lawyer and the notary from the procedure of registration in the publicity register of the acts adopted by NGO governing bodies and the elimination of the notary from the procedure of declaring the real beneficiaries. In this case, a declaration on his/her own responsibility signed by the one who makes the declaration, should be sufficient without other attestations or authentications.

However, the bill is still in its early stages and it is unclear whether any real, positive change can be expected.

As a result of the state of emergency introduced on 24th March 2020, the right to protest was suspended in Romania as part of a response to combat the spread of COVID-19. However, despite most lockdown restrictions being lifted on 15th May 2020, political gatherings remain banned, with the possibility of being fined.

On 12th July 2020, hundreds gathered in Bucharest's Victoriei Square to protest the potential reintroduction of lockdown measures. The gendarmerie issued 13 fines totaling 16,500 lei (over EUR 3,400) for the offence of non-compliance with coronavirus measures.

Furthermore, 15 Romanian NGOs, part of the “NGOs for Citizens” group, have initiated a proposal to amend the law regarding public gatherings, which has been deemed old and outdated. The new draft aims to lift restrictions on spontaneous protests and removes ambiguous terms, such as protest “against morals”.

In a press statement, the NGOs involved stated that:

“The law on public assemblies applies without any problems in the case of non-controversial events but can easily be abused in the case of protests that are directed against the government” (Translated from Romanian).

It has been reported that the gendarmerie also pushed for a controversial proposal, which included making it easier for local authorities to refuse permission for public gatherings, forbidding protestors from covering their faces and banning defamation of the country. However, the bill was dropped in the face of heavy criticism.

Dozens of people gathered to protest against a new quarantine and isolation law in #VictorySquare in #Bucharest on Sunday.#Romania pic.twitter.com/ngQRJT3Ljy

Despite recent political changes, press freedom remains a grave concern in Romania. According to the Reporters Without Borders (RSF) World Press Freedom Index 2020 the country is ranked at 48th, which is a decline from last year’s 47th ranking, as previously reported by the Monitor. RSF have characterised press freedom in Romania in the following way:

“The media have gradually been turned into political propaganda tools and are routinely subjected to surveillance by the security services.”

COVID-19 measures have raised further concerns over freedom of expression in Romania. On 16th March 2020, President Klaus Iohannis announced a state of emergency and placed Romania under a strict lockdown between 24th March 2020 and 14th May 2020.

As an attempt to counter the spread of coronavirus-related “fake news” online, articles and even entire websites were taken down. In fact, during the state of emergency, 12 news sites were closed down by the government’s crisis unit.

While according to local sources there wasn’t a clear breach of freedom of expression in these cases,it is concerning that under the guise of the pandemic the government can freely take down media sites with little opposition and without being subject to judicial review.

Pavel Szalai, Head of the European Union and Balkans Desk at RSF has called on state authorities in Europe to protect press freedom:

“State authorities in Europe should not abuse the sanitary crisis to prosecute journalists who work in the public interest. On the contrary, they should shield them from attacks and provide them with maximum information, so that they can help defeat the pandemic by informing citizens”.

Media freedom in the country has declined since the introduction of the state of emergency in mid-March 2020 in the following ways:

In response to these measures, the Center for Independent Journalism (CIJ) released a statement on 2nd April 2020, signed by 97 news outlets and 165 journalists, requesting that the government release more information regarding the pandemic. The letter stated:

“The information blockade set up by the Romanian public authorities is unprecedented. The law on access to information of public interest is violated and thereby violates the fundamental right of citizens to be informed. In a time of crisis, the obligation of the authorities to be transparent and to provide information to citizens, and through the media, is fundamental.”

Despite the government’s failure to officially respond, more information on COVID-19 has been released since.

In a separate development, a new law has been approved by both houses of the Romanian parliament banning gender identity studies—or “gender ideology”, as termed by right-wing populists—in schools and universities. The ban follows similar laws in Poland and Hungary, where gender studies have been targeted in recent years. If signed by President Klaus Iohannis, the bill will become law, forbidding educators from addressing the subject of trans identities or the idea that gender exists separately from biological sex. The proposed law has been heavily opposed and criticised by Romanian students, academics and NGOs, who have called on President Iohannis to reject it. The president has since sent the law to the Constitutional Court for review.

#Romania: With elections in sight a conservative coalition adopted legislation against teaching "#gender ideology" & sex ed. All eyes are now on President Iohannis to send laws back to parliament. More in this great piece by @bucharestlife @_EmergingEuropehttps://t.co/XM2Loeb3tl