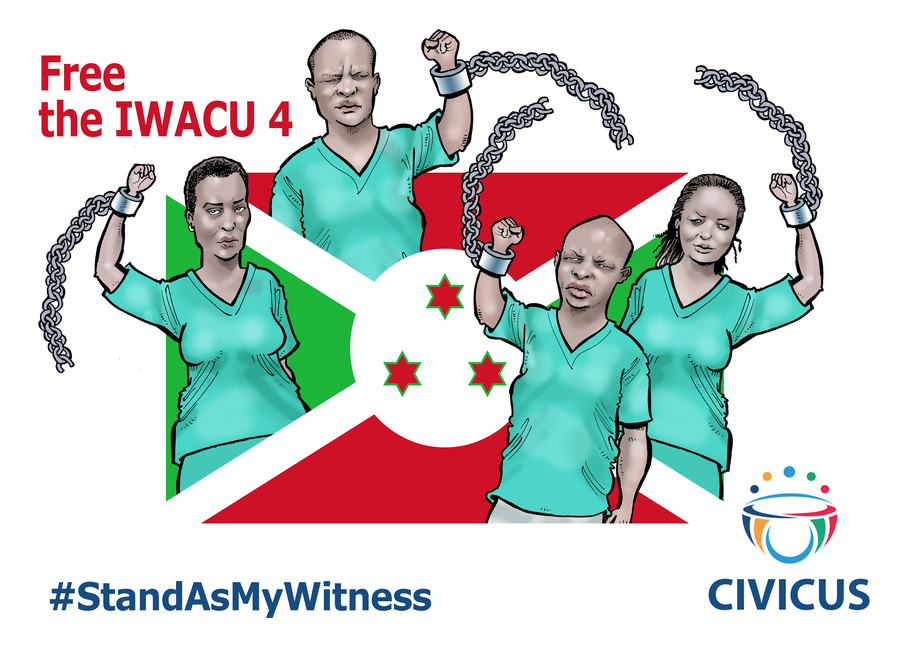 Ahead of the UN Human Rights Council’s (HRC) 45th session (14th September-7th October 2020), more than 40 civil society organisations urged States to support the renewal of the mandate of the Commission of Inquiry (CoI) on Burundi. On 6th October 2020, the HRC extended the CoI’s mandate for 12 months. According to the CoI’s report, which was presented to the HRC on 23rd September 2020, hope for change under new President Evariste Ndayishimiye has not yet been realised.

On 19th September 2020, President Ndayishimiye conducted his first state visit as President to Tanzania to discuss relations and trade with President John Magufuli. The visit coincided with mounting pressure from the Tanzanian government on Burundian refugees to return to Burundi and the cutting of government food rations to refugees by 17%. It was reported at the end of 2020 that at least 18 Burundian refugees and asylum seekers had been gravely abused in Tanzania since late 2019. The situation for Burundian refugees has continued to be uncertain.

On 20th October 2020, Burundi also took a step towards normalising relations with Rwanda, when foreign ministers from both countries met at the border.

In this week's @thecontinent_, I write about his arbitrary detention & why his release will require sustained int'l solidarity. pic.twitter.com/vyuGrWu0yd

On 5th October 2020, it was announced that former Burundian MP Fabien Banciryanino, a vocal critic of the late President Pierre Nkurunziza, had been detained for an alleged attempt to overthrow the government. This followed an incident on 2nd October 2020 where a local administrative official and a dozen policemen shut down a press conference at his home in Bujumbura and ordered him to report to a police detention centre known as the Special Research Office. Concerns were raised that the decision to press charges represents a step back in reforming the regime of the former President.

Court in Burundi sentences (in absentia) former President Pierre Buyoya to life in imprisonment for involvement in assassination of former President Melchoir Ndadaye.
Intl arrest warrant was issued for Mr Buyoya in 2018, he is currently AU high representative for Mali & the Sahel pic.twitter.com/K8gl1YMy25

On 26th October 2020, former president Pierre Buyoya was given a life sentence for his part in the assassination of his successor Melchior Ndadaye. Buyoya, who had been living abroad and was tried in absentia, dismissed the trial as "politically motivated". However, two months after his conviction it was reported on 18th December 2020 that he had died after contracting COVID-19 in Mali. Buyoya had also just resigned from his role as the African Union special envoy to Mali and the Sahel, following his conviction.

On 20th November 2020, in its flagship annual letter-writing campaign, Amnesty International called for the unconditional release of Germain Rukuki, a Burundian HRD and anti-torture campaigner currently serving a 32-year prison sentence, as documented on the Monitor. Rukuki has already served more than three years, including in pre-trial detention, for allegedly “threatening state security” and taking part in “an insurrectional movement.” The letter-writing campaign will bring new attention and action to Rukuki’s case and the worsening conditions he is facing in prison.

In late November 2020, the Burundian government informed the UN Secretary-General that the office of the UN Special Envoy to Burundi would close by the end of 2020. The UN had previously sought to extend the mandate of the office for a further year. In December 2020, the UN Security Council (UNSC) decided to end specific reporting on Burundi, noting improved security and broadly peaceful elections.

Following the announcement that the UNSC had decided to end specific reporting on Burundi (see above), thousands of people took to the streets in Bujumbura and Gitega to celebrate the news, in a march organised by organisations affiliated with the government. However, it was also reported that many had been forced or coerced into attending. In addition, the EU and the Burundian government agreed to resume political talks with the intention to renew cooperation after almost five years of suspension.

In continued advocacy efforts by civil society to secure the release of four Iwacu journalists imprisoned for doing their work, on 22nd October 2020, a group of 65 organisations, including DefendDefenders (East and Horn of Africa Human Rights Defenders Project), called for the immediate and unconditional release of the four; Agnès Ndirubusa, Christine Kamikazi, Egide Harerimana and Térence Mpozenzi, who had been arrested exactly a year before while covering an incident about unrest at the country’s border, as previously reported in the Monitor. Two months later, in a positive turn of events, on 23rd December 2020, the four journalists were released following a presidential pardon, adopted through a decree. The head of information and communication in the president’s office announced the pardon on Twitter.

#Burundi — Ministry of Interior & Public Security @BurundiMIDCSP tries to deny that its spokesman Pierre Nkurikiye @Cinjire called for a manhunt of those who speak Kinyarwanda.
Yet the audio is here for the world to hear! Words have consequences. https://t.co/Se6EWFuL0E pic.twitter.com/0vmN5hxZ7P

In separate developments, reports emerged in early October that the spokesperson for Burundi’s Police Nationale had instructed the public to alert the authorities to anyone speaking Kinyarwanda. The same report noted that the spokesperson had also instructed members of the youth militia Imbonerakure to find and attack Kinyarwanda speakers, resulting in at least one death.