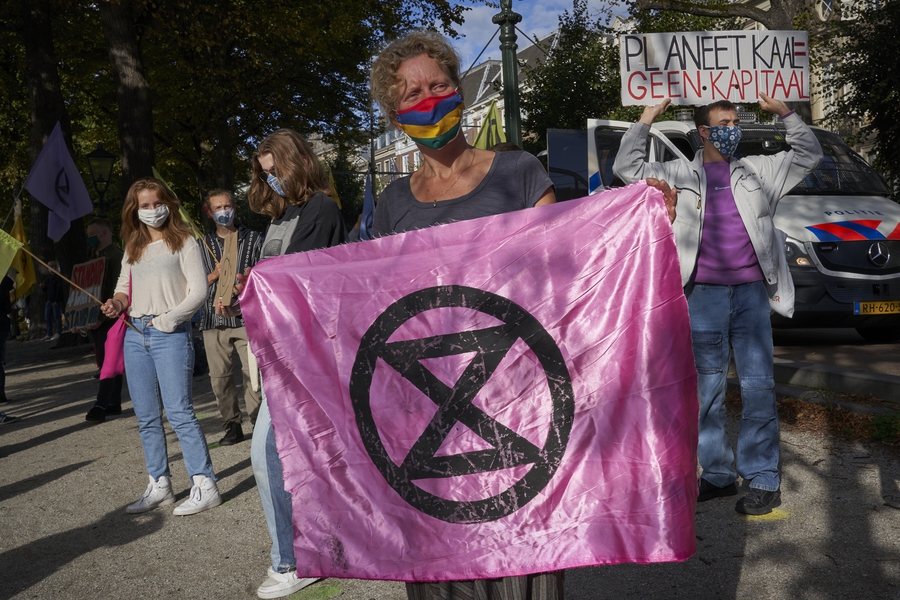 Many climate actions were staged in September 2020 (Photo by Nacho Calonge/Getty Images).

Following an increase in threats and attacks on journalists and technical staff, the Dutch state news broadcaster, NOS, has removed its logo from broadcasting vans.

“Almost daily, journalists and technicians on the road to report are confronted with verbal abuse, garbage is thrown, vans are blocked [and] people bang on their sides or urinate on them,” NOS editor Marcel Gelauff.

Threats come from protestors who believe the traditional media are spreading false information, especially regarding COVID-19. The national coordinator for counter-terrorism and security, Pieter-Jaap Aalbersberg, speaks of a “radical undercurrent with extremist behaviour” in these groups and says that many of these people base their beliefs on conspiracy theories and misinformation.

The Speaker of Parliament, Khadija Arib, has expressed similar concerns for the safety of Parliamentarians due to the daily protest outside the parliament building. She says protesters “harass MPs, touch them, and jeer at journalists and politicians”, sometimes forcing them to leave the building through a different exit. During the first eight months of 2020, politicians have reported 44 threats and filed 17 formal complaints with the police.

In a separate development documented by Mapping Media Freedom Rapid Response (MFRR), a data and investigative journalist for Pointer (KRO-NCRV platform for data journalism), Jerry Vermanen reports that he has received insults and threats via twitter in relation to his work on conspiracy theories. On 24th October 2020, there were 18 attempts to access and log in to his social media accounts and website.

On the weekend of 18th September 2020, climate action group Extinction Rebellion staged a number of protests in Amsterdam which included, a road blockade and other actions in museumplein. However, the city mayor announced that the road blockade would not be permitted to take place. In addition, protests at museumplein were only permitted to take place during the day time for four hours. However, the group continued with its actions for the weekend as planned. In one action, where a protest was staged inside a clothing store, six people were arrested, including for smearing the front of the store with paint. It is also reported that police removed protesters during other actions.