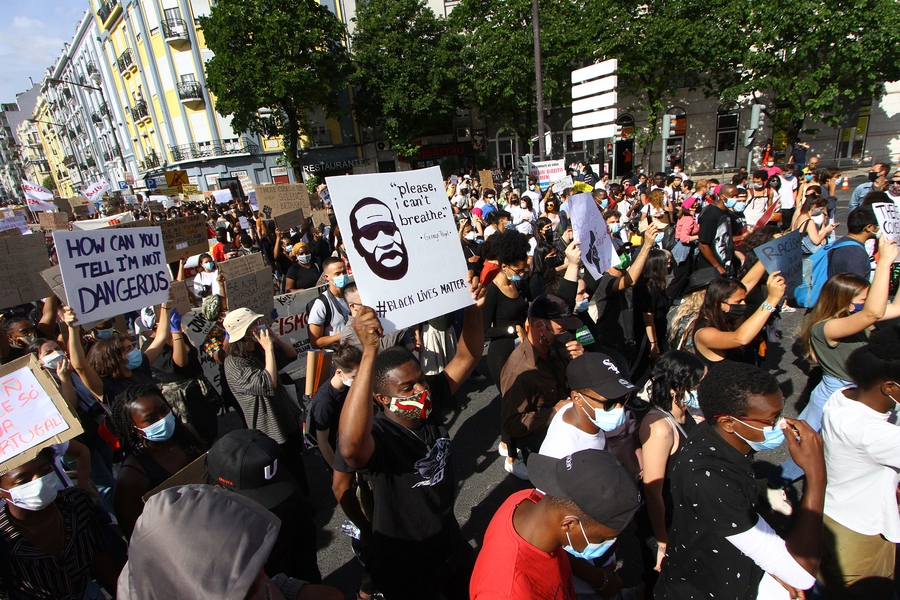 As reported in the previous Monitor update, dock workers have been struggling for many years at the hands of the owners of port facilities and there have been many attempts to hinder workers’ unions’ activities.

One of these attempts took place at the port of Figueira da Foz, where FOZPOR, the company managing the port, tried to bring charges against the president of SEAL (the dockers’ union), António Mariano. These charges, according to the opinion of the court of Coimbra in the pre-trial investigation, had no grounds for a trial and the court concluded that António Mariano cannot be considered guilty for defending the workers who elected him for this exact purpose.

The criminal proceedings were based on alleged fabrications that the President of SEAL had written about the employer's behaviour at the port of Figueira da Foz following planned protests and actions throughout the country against the constant harassment which SEAL members were subjected to in other national ports. Following the extension of such practices to the port of Figueira da Foz, SEAL, through its president, denounced the intolerable situation in that port and asked for the solidarity of its fellow dockers in the port of Castellon (the letter of appeal), which was promptly responded to with concrete actions on the ground (actions of solidarity).

“The victory in this struggle, on the grounds of justice, is an important message to the [companies’] owners, not only those in Figueira da Foz, seeking to harass workers, especially those who are unionised in SEAL, conditioning the free labour union association and constraining its activity, turning the docks into ghettos without organisation or labour rights.” President of SEAL, António Mariano (translated from Portuguese)

While most of Portugal is in state of alert, with the second surge of the COVID-19 pandemic, 19 civil parishes (freguesias) are under a state of calamity because the infection numbers in these areas are very steep. These parishes are where most working-class people live who were heavily affected because they had to continue working throughout the entire pandemic.

While the last major protests occurred in February 2020 - as previously reported by the Monitor, demonstrations took place once again in solidarity with mass protests against racism in the US, after the death of George Floyd, a Black man, by a Minneapolis police officer. Black Lives Matter protests took place in the main Portuguese cities - Lisbon, Oporto and Coimbra.

Thousands of people took to the streets to demonstrate against racism at the beginning of June 2020. People were wearing masks, but due to the high numbers it was difficult to respect physical distancing. While police were present, they remained unconfrontational, unlike in past protests. As Francisco Venes from Academia Cidadã reflected, this proves that the police choose when to intervene with force, which has occurred during protests in the past.

However, within public opinion criticism was raised on whether organising protests was necessary amid a pandemic and whether there are double standards when it comes to emergency measures and how they are applied.

In fact, while restrictions on companies and commercial activities were lifted, the same did not happen for public gatherings – which remained restricted to up to ten people. Nonetheless, in May 2020, the government gradually lifted restriction measures, but in the middle of June 2020 some were reintroduced in the area of Lisbon to contain rising numbers of COVID-19 cases.

Venes stated that while moralising people who gather outside, the government failed to address other issues such as overcrowded public transport due to people being forced to go to work, especially those from the working class. In the areas where this part of the population lives, which are still showing high numbers of cases, restrictions are enforced using police and cases of police violence and abuse have been reported.

“In the most affected neighbourhoods, where there are heavier restrictions, these areas are the poor and racialised areas of Lisbon, where police do not have any issue in using force. This is a reality of these areas as much as before. It is business as usual in these neighbourhoods.” - Francisco Venes.

On 27th June 2020, for the first time a considerable sized protest of the far-right groups took place in Lisbon. Reuters reported that between 1,000 and 1,500 attended, waving Portuguese flags and displaying the slogan “Portugal is not a racist country”. This protest was also organised in reaction to the BLM protests that took place at the beginning of June 2020. Andre Ventura, the leader of the far-right populist party Chega, was among the participants of the march, which took place without any incidents being reported. Photos in the media displayed Ventura enacting the Roman salute. In October 2019, the Chega party was the first far-right group to win a seat in Parliament since the fall of the dictatorship, as reported previously on the Monitor.

The popularity of this party keeps growing and is a cause for concern as, according to polls, the party could soon become the fourth force inside the Parliament of Portugal.

The informal third sector has been a key actor throughout the pandemic. It has organised locally while also facing many difficulties. Mutual help and solidarity were put in place, for instance by organising squatting places in abandoned buildings. This is the case for Seara – Centro de Apoio Mútuo de Santa Bárbara, a mutual support centre in Lisbon. The group that created Seara includes around 50 neighbours, mostly from Arroios, who voluntarily agreed to create this solidarity network.

Seara established itself inside an abandoned building in Lisbon where people lived for over a month until 8th June, when they were forcefully evicted by private guards hired by the real estate agency managing the building, under the supervision of the lawyer of the company. When police arrived, after being called by the members of the community, they aided the guards by forming a line between the house and the protesters. Their acts prevented the people of the community from taking back the building and instead facilitated the eviction process at the hands of the private guards. The guards physically intimidated and attacked the people in the house, as reported to Expresso and there was also some confrontation between the people outside and the police.

“The goons were protected by the police, they entered and left the house all day without any consequences, finally forcing the expulsion of everyone. Although the evictions were suspended by law, the police put themselves on the side of the property - obviously the most important thing they know - defended the hired robbers and expelled everyone. Despite the stalemate that was generated for many hours, no one came to mediate the situation or intervene to prevent the mafia from winning.” (Translated from Portuguese)

This example of mutual help, support and solidarity was thus destroyed, leaving people without a place to sleep during a period where evicting people is illegal.