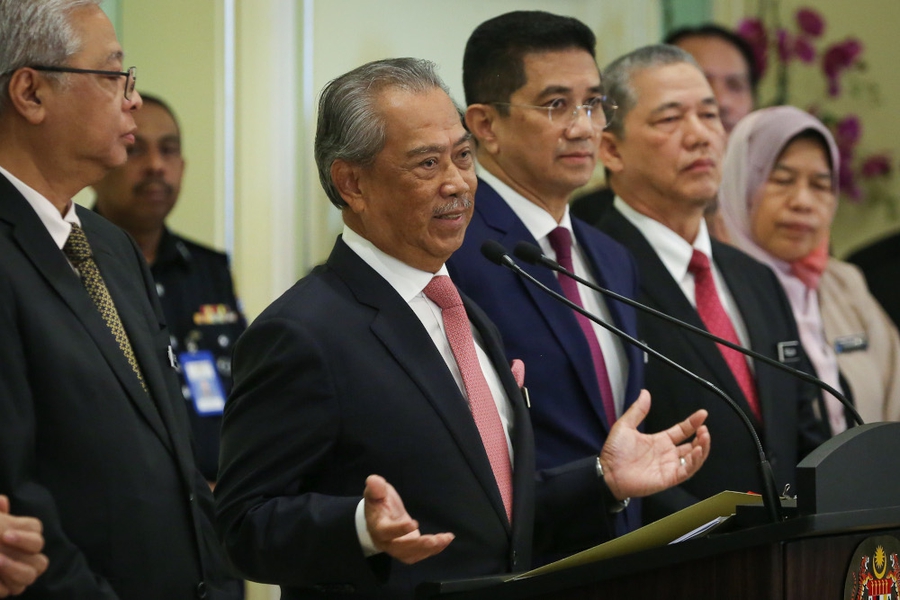 In early March 2020, a new government came to power in Malaysia following the breakup of the Pakatan Harapan ruling coalition on 24th February. The Malaysian United Indigenous Party (Bersatu party) quit the ruling alliance while 11 MPs from the People Justice Party (PKR) declared their departure from the coalition.

After a week of political wrangling, on 1st March 2020, Muhyiddin Yassin from the Bersatu party was sworn in as Prime Minister and formed a government in coalition with opposition parties including the United Malays National Organisation (Umno) and the Islamic Party (PAS) alongside other smaller parties.

Civil society groups condemned the move to form a backdoor government, saying such an action was not only undemocratic but was also a betrayal of voters in the 14th General Election. The CSOs called on the MPs who left the ruling coalition to resign immediately as they no longer have the mandate of the people and for a dissolution of Parliament and fresh elections to be held. In a statement signed by over 40 civil society organisations in regions, calls were made to the government to prove that it remains committed to democracy and reform.

Civil society groups are concerned that the reforms - which progressed slowly under the Pakatan Harapan government - may come to a halt with parties from the old regime back in power. These include efforts to revise restrictive laws and to establish a police oversight body which UMNO party has called to be terminated. There is also uncertainty over the formation of an independent media council, Further, in December 2019, the national human rights commission’s annual report was debated in parliament for the first time since the commission’s establishment in 2000.

Since the change of government in early March 2020, activists and protesters have faced judicial harassment from the police for their activism and restrictive laws have been used to charge individuals for spreading misinformation on the COVID-19 virus and for insulting royalty. Further, a human rights commissioner has questioned the lack of progress by the government taskforce into investigating the disappearance of activist Amri Che Mat and Pastor Raymond Koh.

Activists and protesters hauled up by police for peaceful protest

Human rights lawyer and activist, Fadiah Nadwa Fikri was hauled up by the police for her involvement in organising a peaceful protest on 29th February 2020 against the appointment of the new Prime Minister and for her Twitter post in which she urged the people to join the protest “Turun ke Jalan, Demokrasi Mati” (Go to the Streets, Democracy is Dead).

She is currently being investigated under Section 4(1)(a) of the Sedition Act and Section 233(1)(a) of the Communications and Multimedia Act which defines the offence of “improper use of network facilities”.

Police also opened investigations into at least another 20 protesters involved in a rally outside a shopping centre in the capital, Kuala Lumpur. About 100 protesters defied police warnings and rallied on 1st March 2020 against the appointment of the new prime minister and what they said was his "backdoor" government. They carried placards with the words "#NotMyPM" and "Uphold democracy", the protesters chanted "Reject traitors, reject racism" and "Hidup Rakyat" (Long live the people).

In response to the police investigations, Frederick Rawski, Asia director at the International Commission of Jurists (ICJ) said:

"These investigations have the effect of harassing and intimidating human rights defenders and pro-democracy activists and look worryingly like a new crackdown on dissent.”

As previously documented, activists in Malaysia continue to face various forms of harassment from the authorities including being questioned for speaking up and criticising the authorities or being investigated for criminal defamation.

On 22nd March 2019, the Ministry of Communications and Multimedia announced it was investigating 42 cases of ‘fake news’ which “could cause public confusion during the implementation of the Movement Control Order (MCO)” which has been put in place because of the COVID-19 pandemic. The investigations are proceeding under Section 233 of the Communication and Multimedia Act (CMA) for “improper use of network facilities” and Section 505 (b) of the Penal Code.

Section 505(b) of the Penal Code makes it a criminal offence for “whoever makes, publishes or circulates any statement, rumour or report with intent to cause, or which is likely to cause, fear or alarm to the public, or to any section of the public whereby any person may be induced to commit an offence against the State or against the public tranquillity”.

“The Malaysian government appears to be relying primarily on criminal proceedings to stem the spread of misinformation during this unprecedented global crisis. Criminal measures and custodial sentences should be used only as a last resort for the most serious and dangerous forms of speech.”

Investigations and arrests for insulting royalty

On 1st March 2020, it was reported that the police were investigating three people - Aaron Yee, Gavin Lee and Haizad Azhar - over Facebook posts insulting the King. They had allegedly “accused the King of undermining the country’s democracy and accused him of being racist, among other things”. On the same day, a 35-year-old man was detained over a Facebook post that allegedly insulted the King. He was detained and is being investigated under the Sedition Act and Section 233 of the Communications and Multimedia Act (CMA).

On 4th March 2020, a car salesman pleaded not guilty to four counts of insulting the King and the Sultan of Johor, on Facebook. Azrin Bidin, 42, was charged under the CMA with committing the offences at Bandar Seremban Selatan.

On 25th March 2020, human rights group Suara Rakyat Malaysia (SUARAM) reported that an individual had been arrested and remanded under Section 233 of the Communication and Multimedia Act 1998 for allegedly insulting a member of the Johor Royal Family. According to SUARAM the individual was detained and brought to Johor Bahru Selatan police station for further investigation and was remanded for two days.

On 17th December 2019, human rights defender Sevan Doraisamy was questioned for an hour by police in relation to a human rights forum organised by his organisation SUARAM. The forum was held on 25th November 2019 to discuss the effects of the draconian 2012 Security Offences (Special Measures) Act or SOSMA and its recent use to detain 12 people for alleged links to the defunct Liberation Tigers of Tamil Eelam (LTTE).

SOSMA allows for detention without trial, and has been used to justify abuses against detainees under the guise of national security. Under SOSMA, certain offences under the Penal Code are categorised as “security offences” for which different rules of evidence and trial procedure apply. Many of these provisions violate international human rights standards on the right to a fair trial. The government had earlier promised to review or repeal SOSMA and other repressive laws curtailing fundamental freedoms in the country.

The Asian Forum for Human Rights and Development (FORUM-ASIA) condemned the action of the police, saying:

Sevan Doraisamy is being investigated under Section 505 (b) of the Penal Code, which makes it a criminal offence for whoever ‘makes, publishes or circulates any statement, rumour or report with intent to cause, or which is likely to cause, fear or alarm to the public, or to any section of the public whereby any person may be induced to commit an offence against the State or against the public tranquillity’. It is punishable by a fine, up to two years imprisonment, or both.

Task force questioned over slow progress of probe into disappeared

A @Suhakam commissioner has questioned the work of the task force set up by @KDNPUTRAJAYA to look into the disappearance of activist Amri Che Mat and Pastor Raymond Koh, asking if it has done any in-depth investigation “as was previously hoped for”.https://t.co/PtZUA7lYPa

In February 2020, a commissioner from the national human rights institution (SUHAKAM) questioned the work of the task force set up by the home ministry to look into the disappearance of activist Amri Che Mat and Pastor Raymond Koh, asking if it had done any in-depth investigation “as was previously hoped for”.

Mah Weng Kwai, who led a year-long SUHAKAM public inquiry into the disappearance of the duo, said that as far as he knew, the task force had not carried out any large scale investigation.

As previously documented, on 3rd April 2019, after an extensive public inquiry, SUHAKAM concluded that the abductions of Amri Che Mat and Raymond Koh were both cases of enforced disappearances carried out by state agents, namely the Special Branch or the police intelligence unit.

Christian pastor and social worker Raymond Koh was abducted on the morning of 13th February 2017 in Petaling Jaya, Selangor State, while Amri Che Mat, founder of local community NGO Perlis Hope, was abducted on the night of 24th November 2016 in Kangar, Perlis State. Their fate and whereabouts are still unknown.

Following that, the ministry set up a team led by former High Court judge Abd Rahim Uda in July 2019. It was supposed to submit its report in December 2019 but had asked for an extension.

On 18th February 2020, a third inquiry began into the disappearance of Pastor Joshua Hilmy and his wife Ruth Hilmy. Joshua, a Malay Muslim who converted to Christianity, and Ruth, were last seen in November 2016.