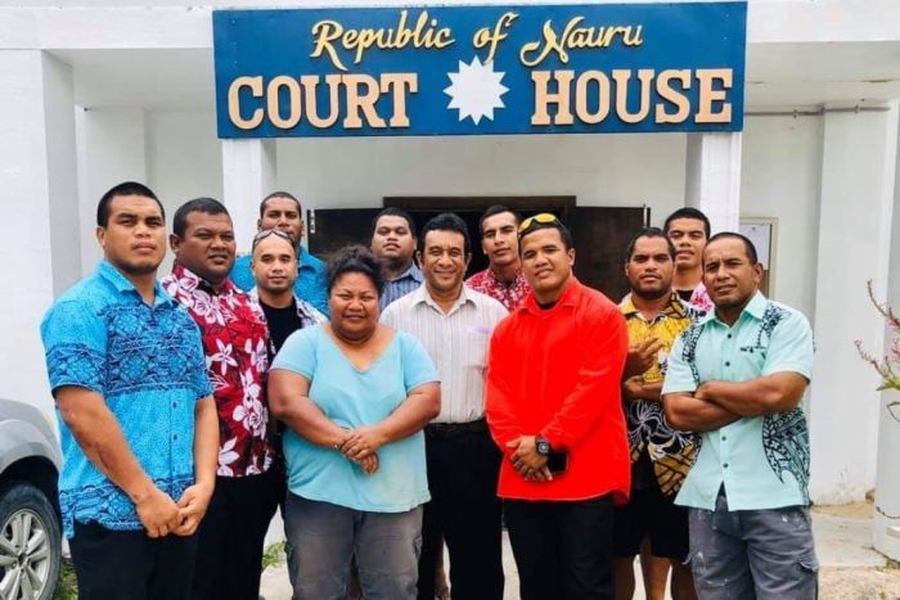 In August 2019, former human rights lawyer Lionel Aingimea was elected Nauru’s new president. He won a parliamentary vote for the presidency 12-6 over rival David Adeang. The outcome was seen as an opportunity for reforms as the previous government has faced criticism for its support of the Australia-run refugee detention centres on the island, where there have been widespread reports of physical, psychological and sexual abuse. Refugee advocates estimate around 300 refugees remain on the island.

As previously documented, the government had also restricted media freedom and hampered independent scrutiny of the refugee centres. It barred the Australian Broadcasting Corporation (ABC) news outlet from entering the country to cover the Pacific Islands Forum (PIF) in September 2018.

In October 2018, Nauru’s government ordered Médecins Sans Frontières (MSF) to stop work there immediately and leave the island for entering the country under the guise of healthcare in order to engage in political activism. The medical NGO has been providing psychological and psychiatric services to residents, asylum seekers and refugees on the island.

In December 2019, a group of high-profile protesters known as the 'Nauru 19' were found guilty. Judge Daniel Fatiaki found 11 defendants guilty of ‘rioting’ but acquitted them of the charge of ‘disturbing the legislature’. Four defendants were convicted of serious assault of police officers, and two over ‘entering a restricted area’. They received sentences of between three and 11 months in jail.

As previously documented, a group of 19 individuals, including several former parliamentarians and a former Nauruan president, were charged after they had organised a protest outside parliament in June 2015 for ‘rioting’, ‘disturbing the legislature’ and ‘entering a restricted area’. They were among hundreds protesting against the suspension of three parliamentarians for granting interviews, critical of the government, to foreign media. The parliamentarians had spoken out about the erosion of the independence of the judiciary.

After charges were laid against the original 19 over the demonstration, three pleaded guilty and their sentences were increased on appeal. Key member of the 'Nauru 19' and former Nauruan president, Sprent Dabwido, died from terminal cancer in Australia in 2019. The 15 remaining defendants did not have individual legal representation, after the Nauruan government ignored a previous finding that a legal team of at least five would be needed for a fair trial. New laws passed in 2019 made it significantly more difficult for defendants to bring overseas lawyers to Nauru and only one public defender was appointed to represent all 15 defendants.

In September 2018, Supreme Court Justice Geoffrey Muecke granted the 19 a permanent halt to the charges after they argued that the trial process had dragged on for too long and that the government had not obeyed a court order to meet some of the costs. However, the government appealed the decision.

In late 2018, the Nauru Court of Appeal was set up after the government secretly ended its use of the Australian High Court as Nauru's appellate court in 2018. The Nauru 19 believe this move was “another attempt to deny them a fair trial”. In June 2019, the new court of appeal threw out the permanent stay of execution.

"These people did not receive a fair trial…it really is a disgrace. We're talking about the only people on the island of Nauru who stood up against what were really grave crimes against democracy."