Protests in Argentina after Senate rejected bill to legalise abortion 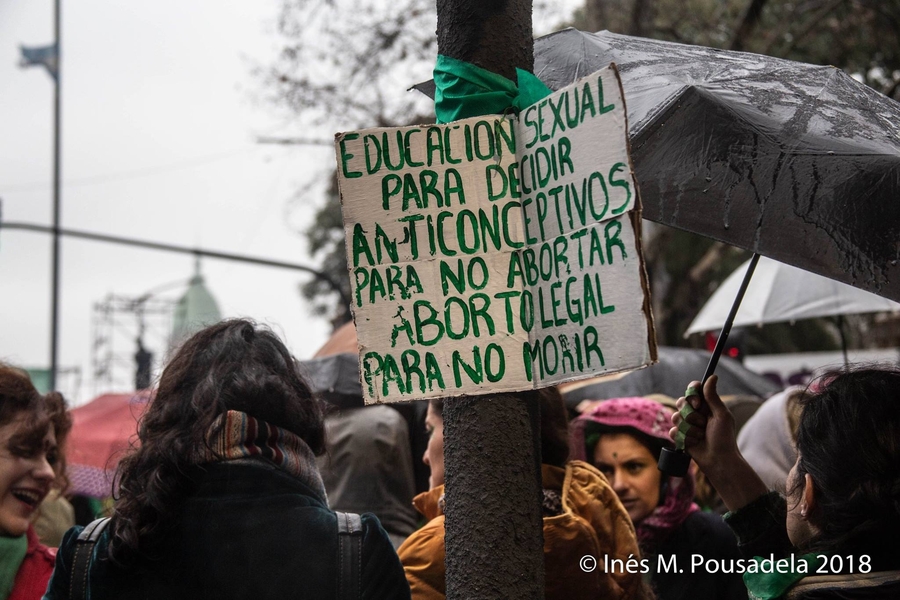 As reported previously on the Monitor, in the context of legislation discussed in the House of Representatives which sought to decriminalise the voluntary interruption of a pregnancy during the first 14 weeks, Congress approved the legislation in June 2018. The next step was for the Senate (Argentina upper house of the National Congress) to endorse the legislation for final approval.

On 9th August 2018, thousands gathered outside the National Congress building waiting for the results of the Senate vote. Despite a widespread popular campaign for the bill to be approved, the Argentinian Senate rejected the bill. Following the announcement of the results, demonstrators reactions were mostly peaceful. However, reports indicate that a few pro-abortion protesters started fires and threw stones at police. Several protesters were arrested as a result. Optimism from female activists prevailed:

“We will no longer be silent and we won’t let them win, ... Abortion will be legal soon. Very soon.”

Some female activists claimed that "pressure from the Catholic church prevented its approval". As a result, thousands of citizens started formal proceedings to leave the Catholic Church, as a form of protest against the church’s campaign against the legalisation of abortion. Protesters consider that apostasy is an important symbolic and political act. They are demanding that their names be erased from church registers and that their baptismal certificates be physically destroyed.

On 28th August 2018, Carolina Mulder, a photographer with media outlet La Voz del Pueblo, was attacked and threatened by workers of Pronto Casa corporation, while she was taking pictures of them extracting wood in the Vivero in Claromecó,  zone in the province of Buenos Aires, an area in which cutting trees is prohibited. According to Mulder, the workers grabbed her phone and tried to make her delete the photos. They also threatened her with burning her house if she published the information. The Asociación de Entidades Periodísticas Argentinas (Argentinean Association of Journalistic Entities, ADEPA), condemned the attack and called on the authorities to sanction those responsible for the aggression.

In a separate incident, journalist Federico Tolchinsky, from media outlet El Doce in Córdoba, was threatened through social networks due to his reports about an alleged case of corruption linked with the Garbage Collectors and Street Sweepers Union, SURRBAC.

The Foro de Periodismo Argentino (Argentinean Journalism Forum, FOPEA) an the Asociación de Entidades Periodísticas Argentinas (Argentinean Association of Journalistic Entities, ADEPA) condemned the public threats made to the journalist and demanded "the judicial authorities to identify the perpetrators and take appropriate measures".

In another development, the Senate prevented some media workers from alternative media outlets from accessing the parliamentary debate on the legalisation of abortion held on 9th August 2018. According to the Senate's official statement, the capacity of the session was limited due to restructuring work in the Chamber, which limited the capacity of the room to only 70 people.The International Federation of Journalists (IFJ), rejected the decision of the Senate as a severe restriction to freedom of expression and to citizen' right to access information.