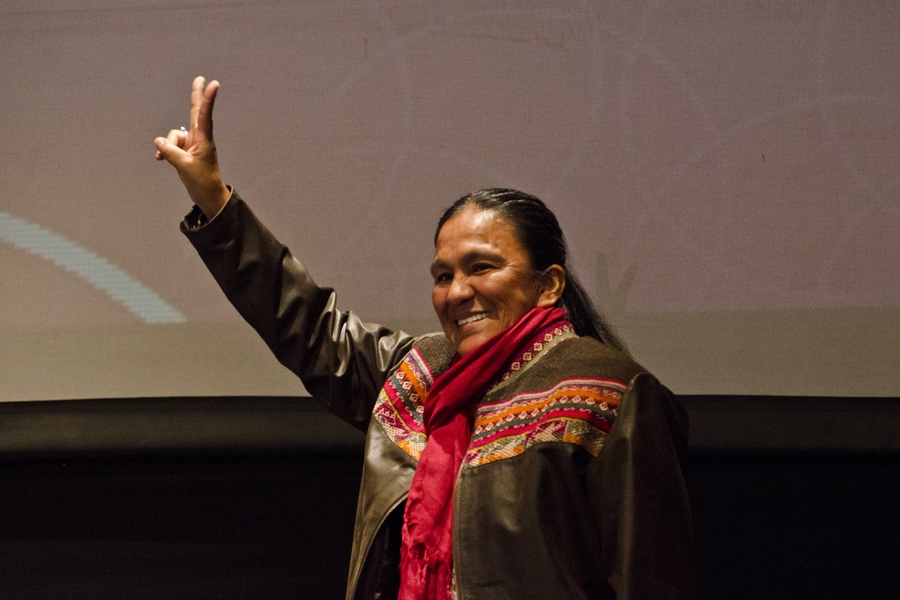 Activist Milagro Sala has been in detention since January

In January, Milagro Sala the leader of the neighbourhood organisation Tupac Amaru (a member of the Network of Social Organisations in the northern province of Jujuy) was arrested for holding a protest against the provincial authorities. She has remained in prison ever since, and has not been released despite a recent pronouncement to that effect by the United Nations Human Rights Council's Working Group on Arbitrary Detention.

On 24th August the human rights body determined that Sala's detention was arbitrary and she should therefore be immediately released. The Argentine government has however ignored this decision on the grounds that it is not binding. The chairman of the UN Working Group on Arbitrary Detention, Setondji Roland Adjovi, replied:

'The views of the UN Working Group on Arbitrary Detention must be fulfilled since they rely on legal provisions under international human rights law, such as the International Covenant on Civil and Political Rights and the Universal Declaration of Human Rights.'

The latest report on Argenia from the Inter-American Press Association (IAPA) was presented in October at the organisation's 72nd General Assembly in Mexico City. It observed a radical change in the relationship between government and media. According to the report,

'The new administration has, thus far, upheld the Constitution and the law in its relationship with the press, thus replacing an era of harassment and systematic disregard for the public's right to information.'

As emphasised in the report, in the year that has passed since the new government's inauguration, limits have been placed on state discretion in awarding official advertising; regular press conferences by the president and his cabinet members have been reinstated; and transparency in public information has been restored. Additionally, President Mauricio Macri signed the Declaration of Chapultepec and the National Congress belatedly passed an Access to Information Law.

At the same time, over the past six months there have also been some acts of intimidation of journalists, including the shooting up of the home of reporter Emanuel Soverchia in the town of Cañada de Gómez, Santa Fe province. Another well-known journalist Luis Majul received anonymous threats as he was interviewing a protected witness in an ongoing corruption case.

Civil society organisations have also expressed some concerns on the impact of recent events on free expression. As a bill on the responsibility of Internet intermediaries and the so-called 'Right to forget' was introduced, the Association for Civil Rights (ADC) observed that its provisions ran contrary to current international standards. ADC is also concerned about the creation of the Registry of Mobile Communications Services' Users' Identities by the Ministry of Communications and the Ministry of Security.  This Registry makes mobile communications operators responsible for linking each telephone number with the name of its owner and storing this information securely and indefinitely, so as to make it available upon request from a court or the Public Prosecutor's Office. The registry was allegedly aimed at combatting complex and organised crime, on the basis of the state of emergency of national public security that was declared in early 2016. The question posed by civil society is whether this mechanism could be used as a disciplinary tool in a democracy that still does not provide citizens with sufficient guarantees against potential abuses by the authorities.