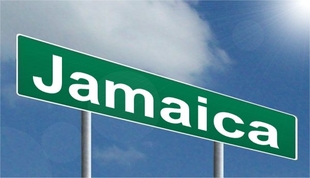 Residents in Jamaica recently took to the streets as part of protest actions against the Jamaican police. One of the protests came in the wake of the shooting of a St. Mary’s resident by police. Residents claim that the police account of the incident was inaccurate and that the individual shot was deliberately targeted by police. The protest turned into a blockade as “residents used their bodies to block the roads…in protest of the killing. The protest later escalated with debris being used to block the roads”. A news source described the situation thus: “the police have been trying to clear the roadblock along Gully Road, but the residents have been resisting”.

Anotto Bay residents protested police action in the case of a murder of a three year-old, as they claimed police apprehended the wrong suspect. Reports indicated that during the protest, “the residents…turned out as early as 7 am…to use stones and other form of debris to block the main road leading into the town. As the police tried to clear sections of the roadway, the disgruntled residents again blocked the thoroughfare. This led to the police firing shots to disperse the unruly crowd. However, the residents have not relented as they continue to block additional sections of the roadway”.

In a separate incident, teachers across Jamaica participated in a three-day strike in response to the government’s inability to increase teachers' wages. The strike followed months of salary negotiations between the government and the Jamaica Teachers’ Association, which is the union which represents public school teachers. Hoping to force a resolution, a large number of teachers took part in the strike by not showing up to work. Many students had to be sent home as a result. “The National Parenting Teachers Association called on the Government and the teachers to urgently resume wage negotiations to try reach an amicable solution to the ongoing dispute”.