Peaceful protests undertaken in defence of rights in Guyana more 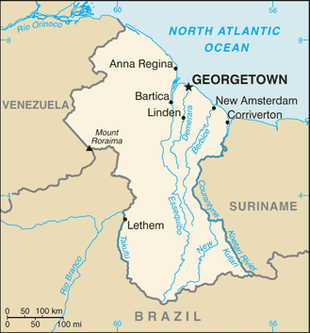 In August 2017, workers mobilised to protest for better remuneration and working conditions. Many were either not being paid on time or were given very small amounts for their services. With the Guyana Public Service Union's help, the workers organised a two-day protest outside of the Ministry of Finance. There were no reports of the protest turning violent or being disrupted by the authorities.

In a separate incident on 12th September 2017, a protest against the privatisation of a sugar estate in Guyana was held during which Komal Chand, President of the Guyana Agricultural Workers Union, asserted that "the government has not been putting the needs of the people first". Chand further claimed that "the government failed to make good on their promises to hopeful Guyanese of a better Guyana”. There are serious concerns that the continued privatisation of the sugar estates in the country could leave thousands jobless.