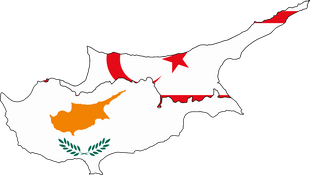 Despite hopes for landmark UN backed peace agreement between Greek and Cypriot authorities, leaders recently left Switzerland without a deal.

Despite hopes for landmark UN backed peace agreement between Greek and Cypriot authorities, which hoped to bring forward discussions on territorial adjustments, power sharing and property rights; leaders recently left Switzerland without a deal. A peace deal is supported by civil society groups on both sides of  the border. Many had hoped an agreement would usher in a new era of better relations between the two communities and pave the way for a reunited federal island. While leaders failed to reach a formal agreement, many believe that the commencement of talks is a step in the right direction. Since independence in the 1960s, Cyprus has often found itself in political deadlock and even inter-communal violence between a predominantly Turkish North and majority Greek South. Both Cypriot and Turkish-Cypriot civil society groups have vowed to keep mobilising their communities in favour of a peace deal in spite of institutional mistrust.

In the context of the proposed peace deal, protests took place related to territorial disputes between the two authorities. On 16th October, residents of Morphou protested against the return of the town to Greek-Cypriot authorities under any peace deal. In a platform called, 'We do not give an inch of ground', local residents demonstrated in support of keeping the town under the Turkish-Cypriot authorities, and stated that if handed over to Greek-Cypriot authorities, they would become refugees. The protest is illustrative of the complex divide between communities and obstacles of mistrust that any peace deal must overcome. The protest occurred peacefully and without incident.

Free association is well respected in practice in Cyprus, although the right is better respected within the Greek Cypriot community.

Free association is well respected in practice in Cyprus, although the right is better respected within the Greek Cypriot community. In 2011, only 3.5% of Greek Cypriot CSOs surveyed said they had faced any illegitimate restriction or attack by local or central government; at the same time one in four CSO representatives from the Turkish Cypriot community felt that laws and regulations governing civil society were ‘highly restrictive’. Article 21 of the constitution protects the right to freedom of association, stating that any restriction of the right must be ‘absolutely necessary’ to protect public security, safety, health, order or morals. The law governing the formation of societies declares illegal any organisation that ‘tends to undermine’ any of those protections or the security of the state. Civil society organisations can only be dissolved in Cyprus by the courts following due legal process. A revised societies bill proposed in 2014 seeks to augment the powers of the registrar to refuse registration of an association, accompanying such refusal to register with the ‘necessary justification’. The laws of Cyprus make no provision for unregistered or informal civil society organisations.

People in Cyprus organise protests on a range of issues – including many opposing fiscal austerity measures.

People in Cyprus organise protests on a range of issues – including many opposing fiscal austerity measures. Protests have been frequent in recent years and most have been peacefully observed by demonstrators and police alike. A protest by electricity utility employees in 2014 ended in clashes with the police who used tear gas to restore order. On the whole however, protests rarely turn violent and police have seldom been accused of using excessive or disproportionate force to quell unrest. Demonstrations in Cyprus are allowed to take place without permits, in compliance with international standards on the management of peaceful assemblies.

Although Cyprus’ ranking has fallen in the latest World Press Freedom Index, it remains a positive environment for a free media and for the open exchange of information and opinions.

Although Cyprus’ ranking has fallen in the latest World Press Freedom Index, it remains a positive environment for a free media and for the open exchange of information and opinions. The media generally comes under less state pressure in the Greek Cypriot Community than in the Turkish Cypriot Community. Movement of journalists has, on occasion, been impeded due to the long-standing political division in Cyprus. Article 19 of the constitution protects free expression and criminal defamation laws have been abolished in Cyprus for over a decade, although criminal offences for publishing false news and defaming foreign states remain. A 1989 Press Law provides strong protections for the circulation of newspapers and the confidentiality of journalists’ sources. Although Cyprus is planning to introduce a freedom of information law, the draft bill has been severely criticised for placing too many exceptions on information that can be accessed, exempting some public bodies from the law and vaguely defining criteria for refusing requests. Consequently, journalists and civil society groups fear that their role as watchdogs of government accountability will be weakened. Over two thirds of people in Cyprus had Internet access by the end of 2014 and there is no reported interference with online access or content.