Costa Rica: weeks of protests against tax increases and impunity for killing of Indigenous leader more

Tensions between the government and public officials over fiscal reforms more 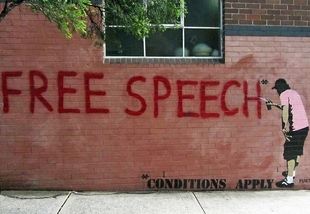 Costa Rica: arbitrary detention of journalist and criminalisation of protests

On 29th October 2020 police in Ochomogo, Cartago, detained journalist Stella Chinchilla Mora when she was reporting from a demonstration against the government’s negotiations with the International Monetary Fund (IMF).

On 29th October 2020 police in Ochomogo, Cartago, detained journalist Stella Chinchilla Mora when she was reporting from a demonstration against the government’s negotiations with the International Monetary Fund (IMF). The reporter said she had press identification and that the detention took place as the police acted to prevent the protest. Human rights association Asociación de Derechos Humanos de Costa Rica (ACODEHU) published a statement condemning the journalist’s detention and expressing concern about the criminalisation of protests.

Some weeks later, on 13th November 2020, Costa Rica’s Constitutional Chamber reviewed a complaint about the case and ruled that Chinchilla Mora’s detention was arbitrary. The Chamber said authorities had obstructed journalistic work and violated the constitutional rights of freedom of movement and freedom of the press.

On 21st November 2020, a young protester, Jimmy Martinez Tercero, was shot by police during a demonstration in Buenos Aires, Puntarenas. He was injured in the leg and was taken to a hospital for treatment. ACODEHU condemned the recurrent violence and criminalisation of legitimate social protests, recalling that in October 2020 another protester was also shot by police, resulting in serious injuries.

On 25th November 2020, International Day for the Elimination of Violence against Women, hundreds of people joined a march organised by the Feminist Coordinator against Femicides and Impunity in San José. They recalled the 11 femicides which took place in Costa Rica in 2020, demanding an end to gender-based violence and justice for victims, whose photographs they carried. Similar events took place in  Puntarenas and Liberia.