Belize: Libel and Defamation Act to be repealed and replaced with new legislation more 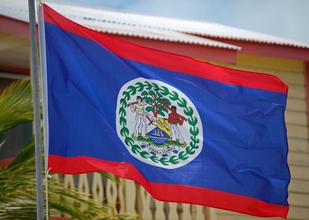 In August 2022, the opposition United Democratic Party (UDP) announced they would go ahead with a protest which was twice denied an official permit by the police department.

Demonstration of opposition in Belize, a small country in Central America against the rise in the price of gasoline and the cost of living despite the police ban.#Protest #news #energiecrisis pic.twitter.com/M6c2VDexD8

In August 2022, the opposition United Democratic Party (UDP) announced they would go ahead with a protest which was twice denied an official permit by the police department. Police claimed the permit was denied because they could not guarantee security, citing other “operational priorities” and the state of emergency in place in the south side of Belize City due to gang violence. The UDP called this an “autocratic, authoritarian move by the government” and said it infringed on their right to protest.

On 23rd August 2022, about 250 people joined the protest against the rising cost of living, fuel prices and corruption. The protesters marched from the UDP’s headquarters to a gas station reportedly owned by the family of Belize Prime Minister John Briceño.

Separately, on 29th August 2022 nurses across the country staged hospital walkouts in protest against poor working conditions and salary deductions. They said they have had a great deal of their overtime deducted via a "short hour deduction" which has not been explained to them.