NGOs call on authorities to end persecution of activists more 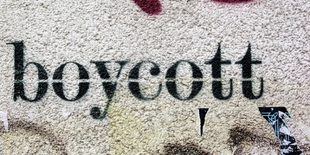 NGOs call on authorities to end persecution of activists

In September 2020, 31 organisations called on the Algerian authorities to end their ongoing and accelerated persecution of activists, critical voices, and independent journalists. The statement came out ahead of the 1 November constitutional referendum and also in regards to worrisome COVID-related restrictions on civil and political freedoms.

#Algeria has been rated Not Free nearly every year since Freedom House began tracking it in 1973. Full #FreedomInTheWorld country report here: https://t.co/cg9qfi8dtA

According to Freedom House's 2020 Freedom in the World Report, Algeria is considered 'not free' in terms of civil and political rights. The country has been considered 'not free,' according to Freedom House's indicators and methodology, almost every year since the organisation first released its annual report in 1973. This is largely due to a closed political space and a history of a ruling elite comprised of a few who hold power and control the military. In addition to a lack of political pluralism, the space for free expression, peaceful assembly, and association has been severely limited and in some cases, completely closed.

🇩🇿 #Algeria: 31 #HumanRights groups call for an urgent response to the Algerian government’s intensifying crackdown on civil society and journalists amidst the #COVID19 pandemic. Read the full statement: https://t.co/BIx9zHVvf5

In September 2020, 31 organisations called on the Algerian authorities to end their ongoing and accelerated persecution of activists, critical voices, and independent journalists. The statement came out ahead of the 1 November constitutional referendum and also in regards to worrisome COVID-related restrictions on civil and political freedoms. The signatories declared that:

"Since the outbreak of COVID-19, and the suspension of the peaceful protest movement called the Hirak, Algerian authorities have accelerated arbitrary prosecutions and harassment of journalists, peaceful activists, rights defenders, and citizens expressing dissenting opinions".

According to a February 2020 analysis by Article 19, threats to freedom of expression in Algeria have included punishing people for opinions expressed on personal social media accounts. For example, Algerian writer and activist Anouar Rahmani was arrested for critical and satirical social media posts that referred to the former president and the former head of the army. On 7th November 2020, he was convicted of "insulting public officials" and fined 50,000 Dinar (330 EUR).

Other concerning developments regarding freedom of expression include:

Algeria's 'fake news' legislation (Law 20-06) carries with it a prison sentence of one to three years for "anyone who willfully disseminates or propagates, by any means, to the public false or slanderous information or news likely to undermine public security or order".

Article 19 MENA and the MENA Rights Group have drawn attention to the vague definition in the 'fake news' law and are concerned that it empowers "the authorities with disproportionate and discretionary power to suppress critical content and controversial information".

#Algeria: CIHRS & 8 Organizations condemn the harsh & arbitrary sentencing of Algerian journalist #KhaledDrareni on 15 Sept - illustrative of a wider crackdown – and call for the release of all protestors, activists & journalists arbitrarily detained.#Freekhaleddrareni pic.twitter.com/IPBDyV1fzi

Journalists covering controversial and sensitive issues in real time, such as protests and other actions, often face persecution from the authorities. On 10th August 2020, an Algerian court convicted journalist Khaled Drareni to three years in prison for "endangering national unity". Drareni had reported on the 2019 Hirak Movement (mass demonstration) that led to long-standing President Abdelaziz Bouteflikar relinquishing power (see Peaceful Assembly). The Arab Network for Human Rights Information condemned the court's ruling against the journalist, stating that:

"The ruling issued against Khaled Drareni contradicts the current government’s pledge to respect the law and not prosecute those involved in the Hirak Movement".

In April 2020, a court sentenced Abdelouahab Fersaoui, president of the civic group Association Rassemblement Action Jeunesse, to one year in prison for social media posts in which he condemned the authorities' persecution of protesters and activists connected to the country's Hirak Movement. On 28th May 2019, human rights defender Kamel Eddine Fekhar died in custody after a 50-day hunger strike over his unlawful detention. The activist had been detained for expressing critical opinions of the government.

On 24th November 2020, HRD, journalist, and member of the Algerian League for Human Rights, Said Boudour, was sentenced to one year in prison in absentia for charges related to "defamation and insulting the regime". On 21st June, activist Amira Bouraoui was sentenced to a year in prison for criticising President Tebboune online. On 10th August, political activist Samir Ben Larbi and national coordinator of the families of the disappeared Slimane Hamitouche were sentenced to two years in prison for their civil society activities.

In April 2020, Algeria's parliament passed amendments (article 95) to the Criminal Code which further restrict freedom of association, namely by forbidding foreign funding for activities that impact "the stability and normal functioning of its institutions, national unity, territorial integrity, the fundamental interests of Algeria or public security and order". If receiving funds from foreign sources, one can face a prison sentence of five to seven years, and according to the law, "the penalty shall be doubled when the funds are received within the framework of an association, group, organisation or agreement, regardless of its form or name”.

In its legal analysis of article 95, the MENA Rights Group expressed concern, stating that:

"...article 95 provides the authorities with excessive power to prosecute activists and human rights defenders receiving foreign funding if they consider that their peaceful advocacy activities undermine the “normal functioning of institutions” or “national unity”."

Last week EP adopted a resolution in support of the peaceful #Hirak movement for a free #Algeria. We condemn the arrests and harassments of journalists and activists, we call for the immediate release of journalist Khaled Drareni and all prisoners of conscience. pic.twitter.com/aQDzUwqMow

Demonstrations without official authorisation are prohibited in Algeria, based on article 98 of the country's penal code, which carries with it a prison sentence of up to one year. The authorities routinely disperse or prevent demonstrations from taking place. All protests have been banned in Algeria since March 2020 in connection with the government's COVID-related restrictions.

In February 2019, Algerians demonstrated across the country after the incumbent president at the time - Abdelaziz Bouteflika - announced he would run for a fifth term. The mass protests came to be known as the Revolution of Smiles or Hirak Movement. After weeks of protests, Bouteflika voluntarily resigned and called for new elections, which took place in December of that year and brought to power Abdelmadjid Tebboune. Disatisfied with the electoral process and the political system overall, protesters continued to gather on a bi-weekly basis through February 2020, one year after the initial movement started, and the demonstrations have only been suspended to date due to restrictions on movement.

The Hirak Movement was met with severe crackdowns from security forces in Algeria, including the use of excessive force and arbitrary detentions. In April 2029, one young protester was reportedly killed by police, beaten so severely he never recovered, while participating in the protests.

My solidarity to #KhaledDrareni and all prisoners of conscience in Algeria

We must step up against global democratic backsliding - both inside & outside our borders pic.twitter.com/lX6EWzq7P9

Algeria’s 2012 Law on Associations grants the government sweeping powers to regulate the activities of associations, and to refuse to register, re-register, or dissolve, them.

Algeria’s 2012 Law on Associations grants the government sweeping powers to regulate the activities of associations, and to refuse to register, re-register, or dissolve, them. The law further imposes unwarranted restrictions on the ability of associations to receive foreign funding, and imposes criminal liability, including fines, for members and leaders of associations. The 2012 law requires that associations that were previously lawfully registered seek and obtain re-registration. Human rights groups including the Algerian League for Human Rights (Ligue Algérienne des Droits de l’Homme, LADDH) and Youth Action Rally (Rassemblement Action Jeunesse, RAJ) have received no response when seeking re-registration.

The right to freedom of peaceful assembly is severely restricted in Algeria, in both law and practice.

The right to freedom of peaceful assembly is severely restricted in Algeria, in both law and practice. Under the country’s Penal Code, it is a criminal offence- punishable by imprisonment- to organise or take part in an unauthorised gathering. In the capital Algiers, a complete prohibition on protests remains in force. In February 2015, nine labor rights activists were convicted and imprisoned, for taking part in peaceful protests. In December 2015, seven peaceful protestors were sentenced to one-year prison terms for participating in demonstrations in Tamanrasset.

Algeria’s 2012 Law on Information places substantial restrictions on the ability of associations to publish and disseminate information.

Algeria’s 2012 Law on Information places substantial restrictions on the ability of associations to publish and disseminate information. The law specifically restricts freedom of expression and access to information relating to vague concepts including national identity, sovereignty, the economy, and national security. In June 2016, two staff members of a private television station working on a satirical news show were arrested, charged, and detained. Human rights defender Slimane Bouhafs of Movement for Self-Determination of Kabylia (MAK) is currently serving a three year prison sentence, on charges related to expressing his beliefs in Christianity. Several other human rights defenders have been arrested, detained and imprisoned. Journalists have been also arrested and charged, on grounds including “insulting state institutions” and “attacks intended to overthrow the regime”.