Since the beginning of 2021, the Female Sex Workers’ Association (FSWA) have organised a series of protests in Malawi’s capital Lilongwe to demonstrate against what they described as “targeted police brutality” following new COVID-19 restrictions by police pushing them out of pubs in an effort to uphold the new regulations. As previously reported on the Monitor, the protests were as a result of the discontent of sex workers with the COVID-19 regulations which result in them having a limited source of income. The challenges which the sex workers are experiencing have been aggravated by restaurants and clubs being closed at 8pm which is the time that they are arguing is the time that they begin to have more clients. Considering that FSWA has approximately 120 000 members – this means a large number of sex workers are impacted by the new regulations. Read more

Following the court’s nullification of the May 2019 election results on 3rd March 2020, authorities under president Peter Mutharika’s regime embarked on a crackdown of dissenters, critics and the judiciary as the rerun, slated for 23rd June 2020 approached. , the NGO Board in collaboration with the Ministry of Justice and Constitutional Affairs began developing reporting regulations for NGOs. Read more 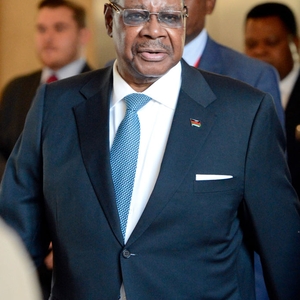 UTM party application for registration declined by the deputy registrar, while courts perceived to be restricting freedom of expression as they develop a pattern of issuing orders to prohibit public discussion of corruption cases in the media. Read more

Opposition party members, activists and CSOs intimidated ahead of the general elections