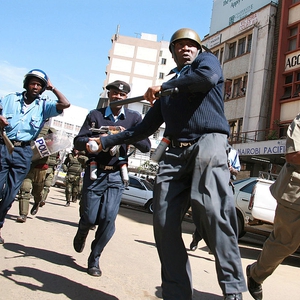 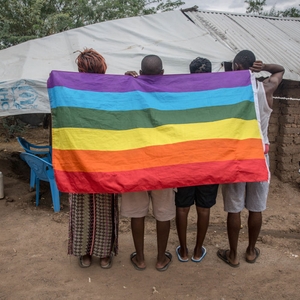 Deterioration of freedom of assembly for pro-human rights activists

On 1 May 2021, Kenyans took to the streets to protest police brutality during the lockdown. Protestors raised concerns about the misuse of lockdown regulations as a justification to repress citizens. During the protest, police used teargas on protestors and reporters, detained protestors, and forced a man into the police truck, after failing to take his protest sign. Several protests were held in Kenya in solidarity with Palestinians. On 13 May 2021, approximately 200 people, mostly Muslims demonstrated against the bombing of Palestine by Israel after Eid prayers in Nairobi. The police arrested several protestors and dispersed the peaceful protest with teargas. Read more

Freedom of expression on a steady decline, accountability for police brutality an elusive feat

attacks on journalists on a steady rise; Online expression facing severe restrictions; LGBTIQ+ activists reported a spike in cases of attacks on the community during the COVID-19 pandemic; protesters continue to face violent disruption of protests by police Read more 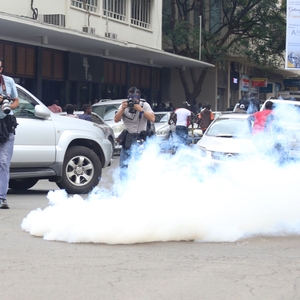 There is a threat posed to media distributing content that is allegedly not in line with Kenya's laws. On 4 March 2021, social media blogger Edgar Obare was arrested and charged with publishing false information under section 23 of the Computer Misuse and Cybercrime Act 2018. Additionally, he was accused of coaching a lady to extort 10 million Kenya shillings from a governor. On 11 March 2021, a Kenyan comedian was arrested by police officers and the Kenya Film and Classification Board compliance officers for posting ‘explicit content’ on YouTube, and charged for violating the Kenya Films and Stage Play Act CAP 222. He was later released. Read more

Protests continue; amid COVID-19 and despite police brutality

Police brutality and heavy-handed enforcement of COVID-19 restrictions continued throughout July and August 2020; police excess reported in several other non-COVID related protests; the Law Society of Kenya’s (LSK) application to suspend sections of the Cybercrimes Act was dismissed by the Court of Appeal. Read more

Report by Human Rights Watch shows that Kenyan police continue to kill crime suspects and protesters in cold blood; High Court dismisses petition by the Bloggers Association of Kenya (BAKE) which challenged the Computer Misuse and Cybercrimes Act 2018; Kenyan National Assembly’s Labour and Social Welfare Committee rejected a bill that sought to restrict to five days the right to strike for workers who provide essential services; at least one person was killed and dozens injured when demonstrators clashed with police in Kasarani district, north-east of Nairobi in January Read more

Concerns raised over continued restrictions on freedom of peaceful assembly