On 11th June 2021, ahead of the HRC47, a group of NGOs led by DefendDefenders wrote a letter urging the UN Human Rights Council to adopt a resolution on the ongoing human rights crisis in Tigray, Ethiopia. The letter urged the HRC to “take urgent action to address the crisis and fulfil its mandate to address and prevent violations of human rights, including gross and systematic violations and abuses, and to respond promptly to emergencies.”. On 21st June 2021, Ethiopia held its general elections amidst the conflict in Tigray and other regions including the Benishangul-Gumuz region. Officials announced that Prime Minister Abiy Ahmed had won 410 out of 436 seats on 10th July 2021. International observers and political opposition groups claimed the elections were undemocratic and unfair. On 26th June 2021, five opposition parties that took part in the election alleged that the ruling party had interfered with the general elections. The European Union did not send observers, and the United States criticised the electoral process, claiming it had too many obstacles for it to be perceived as credible. Multiple opposition parties boycotted the elections, as previously reported by the Monitor, and 18 percent of parliamentary seats from the Tigray, Somali, Harari, Afar,and Benishangul-Gumuz regions did not vote. Read more

The ongoing conflict and humanitarian crisis in Tigray remain alarming. However, since the last Monitor update, access to Tigray has improved. On 8th February, international aid workers were cleared to deploy in Tigray. They continue to face insecurity. On 15th March, Médecins Sans Frontières reported vandalism and looting of approximately 70% of the medical equipment in Tigray.
On 23rd March 2021, Prime Minister Abiy Ahmed acknowledged that Eritrean troops entered Tigray during the conflict. He recognised the human rights atrocities that have been committed in Tigray, including rape, and promised to act against the perpetrators. On 25th March 2021, the Office of the UN High Commissioner for Human Rights (OHCHR) and the Ethiopian Human Rights Commission (EHRC) announced a joint investigation into violations and abuses, which was described “as part of the much-needed accountability process for the victims.”
Read more 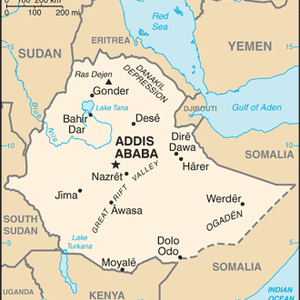 Safety Concerns For Journalists In Ethiopia, As More Are Arrested And One Killed

Widespread communication blackouts have continued in Ethiopia as the armed conflict in the Tigray region remains ongoing. The shutdown of the internet, messaging services and other forms of communication has made it increasingly difficult for people in Ethiopia and the Ethiopian diaspora to obtain reliable information on what is happening. This has resulted in misinformation spreading widely during the conflict. On 30th November 2020, police arrested Dawit Kebede, managing editor of the online news outlet Awramba Times. Kebede was presented before a court on 2nd December 2020, where he was accused of disseminating inaccurate information, inciting violence and attempting to violate the constitution. Kebede remained in prison at the time of writing. Read more

The political situation in Ethiopia deteriorated rapidly in the latter quarter of 2020 as the government of Prime Minister Abiy Ahmed has been engaged in armed conflict with the leading party in the Tigray region. Several violations, including of free expression, have been reported. Read more

The Attorney General’s office announces that they had filed terror charges against Jawar Mohammed, a leading opposition leader, together with other activists; Renowned professor Mesfin Woldemariam, founder of the Ethiopian Human Rights Council and renowned human rights defender dies; Several killed and others injured in protests in Wolaita region; Journalists barred from travelling to cover regional elections; Separately, others re-arrested after being released on bail for alleged incitement to violence Read more