Following the freezing of parliament and the dismissal of the head of government on 25th July 2021 (see previous update), President Kaïs Saïed decided to dissolve the Superior Council of the Judiciary and replace it with a provisional mechanism and took further steps to concentrate his power. On 1st June 2022, judicial independence was further severely hampered with the decision of President Kais Saied, via a Presidential decree, granting himself absolute power to fire judges summarily, and by promptly dismissing 57 judges. As a result, anti-government protests have been staged, including against the upcoming July Constitutional referendum. Read more 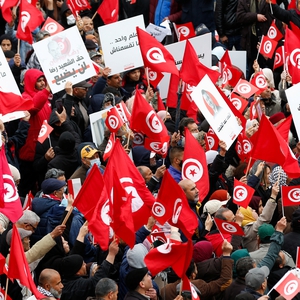 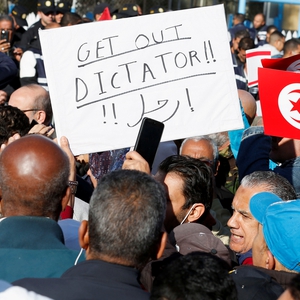 On 25th July 2021, Tunisian President Kaïs Saïed announced that he was dismissing Prime Minister Hichem Mechichi, suspending parliament for 30 days, lifting parliamentary immunity and taking over supervision of public prosecution. The state of emergency was extended to 19th January 2022. Following this, police raided the Tunis headquarters of Al Jazeera TV, evicting its staff and closing down the office. Several other concerning developments unfolded including over 50 Tunisians have been placed under arbitrary house arrest, including former officials, a judge and three lawmakers. Additionally, the arbitrary use of a travel ban is another critical concern, with over 50 cases documented. Read more 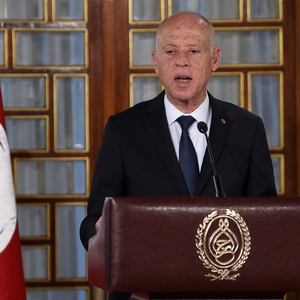 January 2021 marked the ten-year anniversary of the Tunisian Revolution. Yet, prior to the anniversary, the authorities announced a strict four-day lockdown to combat the spread of the coronavirus (COVID-19). However this move by the government was seen as a ‘political tactic’ in an attempt to curb mass protests. Protests erupted on 14th January 2021. Human rights organisations reported the use of excessive force against protesters, with one person dying as a result of excessive force, which included tear gas, water cannon and physical violence. At least 1,540 people arrested during the protests, including minors. LGBTI activists were also targeted durin this period and several activists were detained in relation to the protests.
Read more 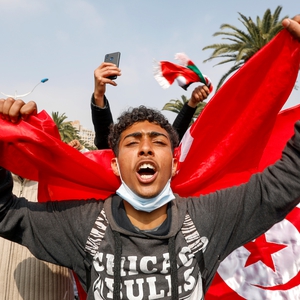 Tunisia is going through an unprecedented global crisis that could lead to increasing social tensions in the coming days. Accordingly, the total number of social protests recorded in the third quarter of 2020 was 1,946. Violations against protestors remain the key concern of human rights organisations, particularly in light of the submission of the Draft Organic Law No. 25-2015 which aims to protect security forces against attacks which threaten their security and their lives. On 6th and 8th October 2020 protests were staged in front of the Assembly of the Representatives of the People against the above law, calling on deputies not to ratify it. However, violence against protesters occurred during the demonstration. According to media reports, protesters were detained without access to their lawyers, some faced physical violence and female protesters were sexually harassed by police officers. In addition freeddom of expression is under threat, with a proposed amendment to the Freedom of Audiovisual Communication Law (Decree-law 116/2011).
Read more 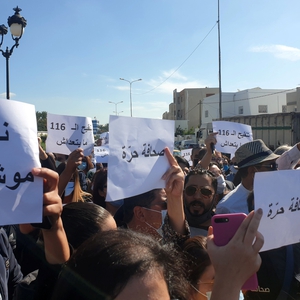 Despite a national lockdown being implemented on 22nd March 2020 due to the coronavirus pandemic, protests erupted in various regions over economic conditions, the quality of quarantine facilities and detention facilities. Journalists and bloggers have also faced threats and criminal prosecutions for critical reports around the governments response to the pandemic. Women Human Rights Defenders (WHRDs) have also faced prosecution or torture. Read more 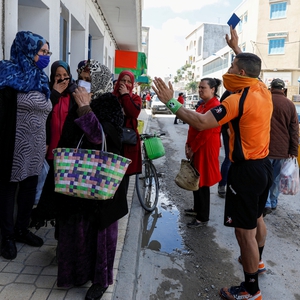 A repressive state of emergency draft bill is under discussion in parliament, while the state of emergency has been continuously extended for almost four years during which emergency powers have been abused resulting in human rights violations. The new bill could grant Tunisian authorities sweeping powers to repress civic rights. Additionally, in April, the Ministry of Human Rights and Relations with Civil Society distributed confidentially a proposal to parliament that would effectively ensure impunity for past gross human rights violations, many against peaceful protesters, and grant perpetrators amnesty, an attempt that will undermine victim's rights and civil society mobilisation for justice. Read more 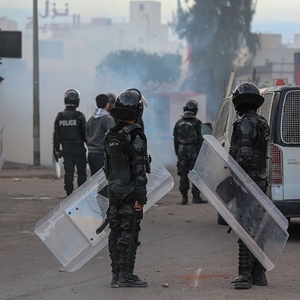 From regulation to restriction: Tunisia's new law a threat to flourishing civil society

On 27th July 2018, the Tunisian Parliament passed Law 30 despite opposition from civil society. The new law establishes the National Registry of Institutions and requires public and private companies, including civil society organisations to register with the new entity. As move to tighten regulation on finances, new law comes at a time when Tunisian authorities have been under pressure to improve the transparency of economic transactions in the country. Read more 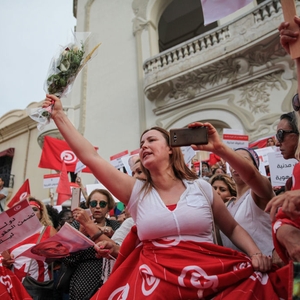 Anniversary of Jasmine Revolution marred by detention of hundreds of protesters

Widespread protest and the arrest of over 800 people marked the anniversary of Jasmine Revolution in Tunisia in 2011. On 14th January 2018, seven years after the citizen movement that ousted President Ben Ali and sparked the Arab Spring, hundreds of people took to the streets in several cities across Tunisia to voice their opposition to the latest austerity measures adopted by the government. Read more 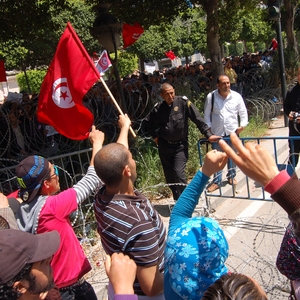 Draft laws cause concern over potential violations of civic freedoms

A recent investigation into the conditions for Tunisian civil society by Arab Reform Initiative found that the structural and financial hurdles are increasingly impeding the country's CSOs. Yet, even in this difficult environment international observers note that national civil society groups remain focussed on combatting corruption and promoting transitional justice in Tunisia. Read more 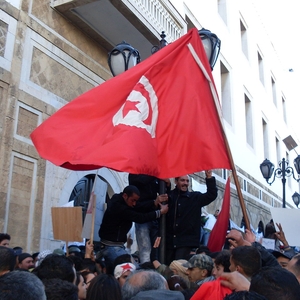