Worrying number of attacks on the press by Querdenker demonstrators

Following the newly introduced COVID-19 measures to tackle the spread of the Omicron variant in Germany, which include vaccination for children and the possibility that vaccination will become compulsory in the country, thousands have protested across Germany during the month of December 2021. However during these protests journalists faced concerning attacks including physical attacks from protesters and the authorities, particularly at protests organised by Querdenker movement. Read more 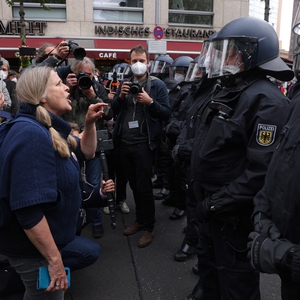 Part of the area in the Kopi camp in Berlin, which was occupied by 50 people reportedly living in precarious conditions in vehicles and wagons, were ordered to leave by a court order in June 2021. The eviction sparked protests. Additionally, a riot took place on the same day of the eviction, with people occupying the site attempting to resist the eviction, and scuffles broke out between officers and a small group of protesters. Deutche Welle reports that police said 37 people were cleared from the site and 20 people were arrested. A protest involving around 8.000 people – according to the police – took place in Berlin's Kreuzberg district. During one of the protests, a freelance journalist was detained. Several other journalists also faced attacks at protests related to COVID-19 measures and at a right-wing rally. Read more 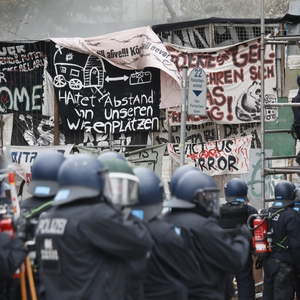 Several climate justice related protests were staged during this period. Environmental activism group Ende Gelände organised a series of civil disobedience actions during the summer to raise awareness of the urgency of climate change threats and to call German institutions to act in a meaningful and effective way to protect the environment. In addition, in September 2021 thousands of people gathered in Munich on the occasion of the IAA Motor Show to protest against the greenwashing actions put in place by the automobile sector and to call on public authorities to invest in sustainable mobility solutions. During both these actions protesters were detained. In addition, while covering an Ende Gelände action, journalist Anna Dotti was temporarily held in custody by the police. Photojournalist Michael Trammer was taken into custody during the protest against the International Motor Show (IAA) that took place in Munich. Read more 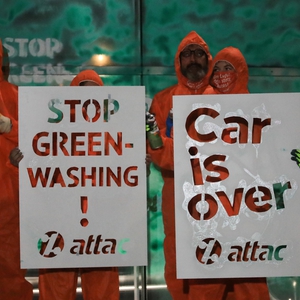 Journalists come under attack during environmental rights protests and other protests

During 12th to 17th July 2021, the Alliance, Gemeinsam gegen die Tierindustrie (Together against the Animal Industry), organised a protest with around 150 to 200 people against the PHW group, one of the largest meat producers in Germany. On 5th June 2021, protests against the expansion of the A100 freeway in Berlin took place. Police arrested the protesters, who are being investigated for trespassing, while others were reportedly carried way. During these protests, journalists were also obstructed from doing their jobs. Other attacks against journalists were also documented during this period. Read more 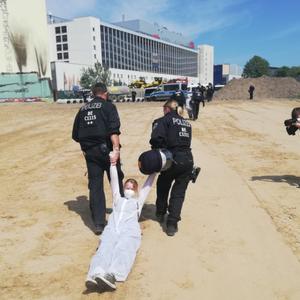 Press freedom is under great pressure in Germany, as attacks against journalists keep rising. This emerged from an assessment by the European Centre for Press and Media Freedom (ECPMF), which states that reporters covering COVID-19 protests often face violence and harassment. The annual press freedom report by Reporters Without Borders (RSF) released in April 2021, describes a particularly worrying picture. Overall, in 2020, 65 cases of violent attacks against journalists were reported, five times more than those registered in 2019. Most of the attacks took place in the context of protests against COVID-19 measures, where distrust of the press is a crucial element. This resulted in a negative change in Germany’s ranking in the 2021 World Press Freedom Index. Read more 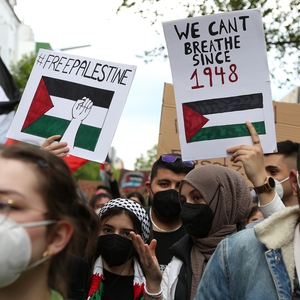 Over the last few months during protests against COVID-19 measures, journalists covering protests have continued to face attacks. anti-COVID-19 protests took place in the city of Kassel in reaction to the COVID-19 measures implemented in Germany and during a rise of infections in the country. The police made use of water cannon when protesters tried to break through a barrier of agents. The police also employed batons and pepper spray to disperse a protest that they defined as not peaceful. Some protesters were detained, Read more 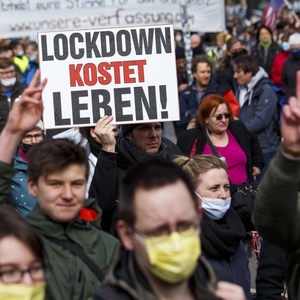 Freedom of expression under the spotlight - yet again

Freedom of expression has once again come under attack during this reporting period. The Volksverpetzer, a German blog aimed at dispelling fake news and that has most recently been tackling facts around the COVID-19 pandemic, was threatened with legal action by Wolfgang Wodarg who is demanding damages of 250,000 EUR alongside an injunction. Four protests were scheduled to take place at Braunschweig train station and on Burgplatz, organised by right wing group Die Rechte calling for "End lockdown - save livelihoods". Journalists reported that they were ‘de facto’ excluded from the protests at Burgplatz and were only allowed to be in a designated area where they could not hear or see what was taking place. The Walter-Lübcke school in Wolfhagen, Hesse, was threatened in a letter signed ‘NSU 2.0’, referring to a neo-Nazi cell that murdered immigrants between 2000 and 2007. Read more 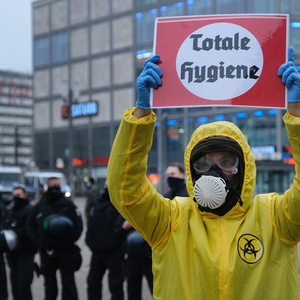 On 18th November 2020, about 5,000 people gathered outside the Bundestag in Berlin to protest against stricter COVID-19 measures. The protest was broken up by the police and 31 protesters were detained. The demonstration fits within a larger wave of protests which have taken place all over the country over the past few months, which includes a protest of more than 20,000 in the eastern city of Leipzig against COVID-19 measures. Journalists continue to face physical attacks, harassment and death threats during coverage of protests against COVID-19 measures. Read more 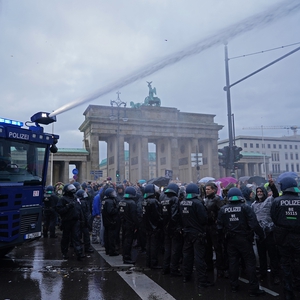 Climate protests and actions amid COVID-19, attacks on journalists continue

A number of protests for environmental rights have been staged during the reporting period. On 26th September 2020, anti-coal protesters staged demonstrations against the use of fossil fuels at mines in Western Germany. Protesters dressed in overalls managed to gain access into the coal storage facilities. Some protesters were detained by officers. In early October 2020, thousands of climate activists gathered in the Dannenröder forest in Hessen to protest the felling of 27 hectares of forest to make way for an extension of the Autobahn. Police destroyed barricades and treehouses of activists who have been occupying parts of the forest for the last year and arrested 16 people so far. On 5th October 2020, Extinction Rebellion activists commenced a week of actions. Attacks on journalists have continued, with several attempts of preventing them from doing their jobs. Read more 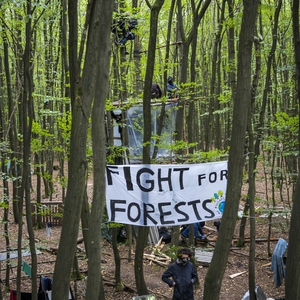 Protests against the measures intended to limit the spread of COVID-19 in Germany have continued and attracted increasingly more supporters from extremist groups, often turning violent. The protesters seem to represent only a small fraction of the German population, as opinion polls show strong public support for the government’s COVID-19 measures. Similar to previous demonstrations, these protest were supported by a wide range of interest groups, including left- and right-wing extremists, neo-Nazis, Pegida, anti-vaxxers and conspiracy theorists. Participants failed to respect social distancing rules which resulted in police dispersing the march. Several arrests were also made and several journalists report they were verbally or physically attacked. 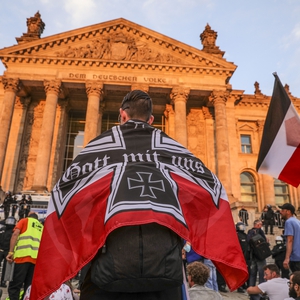