Activists report: "Repression is getting worse and worse" in Mauritania 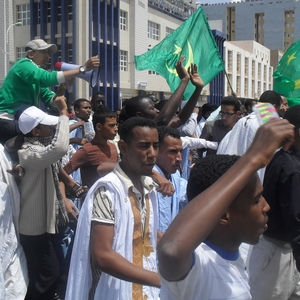 On 16th April 2017, a group of approximately 100 young activists and representatives from local civil society organised the Peaceful March of Mauritanian Youth in the capital, Nouakchott. Read more

Free expression is guaranteed by the law but routinely violated in practice. Read more

Although Article 10 of the Constitution provides for the right to freedom of peaceful assembly, peaceful protests are often violently disrupted and protestors attacked. Read more

The enjoyment of fundamental freedoms is severely constrained in Mauritania as conservative religious values and overarching dominance of the state in public affairs combines to restrict people’s rights to associate, protest and speak out. Read more