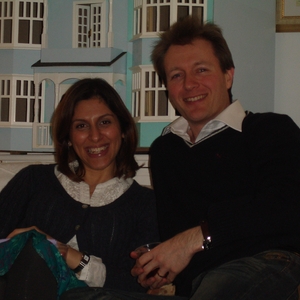 CSOs express grave concerns over the rising death toll and mass arrests in response to protests in Khuzestan and other Iranian provinces; New report raises concerns about alleged reprisals against human rights defenders for Cooperation with the United Nations; several activists detained and sentenced on spurious charges; Read more

On 26th April 2021, British-Iranian citizen Nazanin Zaghari-Ratcliffe, who was released in March 2020 on house arrest after serving five years in prison, was sentenced to another year in prison and a one-year travel ban after being convicted of "propaganda against the regime". The charge was related to a protest in London 12 years ago and an interview with the BBC Persian service. She has been living at her parents’ home in Tehran since her release last year and her ankle bracelet was removed in March 2021. The past and current charges against her are perceived to be motivated by a diplomatic dispute between Iran and the UK. In 2016 she was sentenced to five years "for allegedly plotting to topple the Iranian regime" while on a family visit. Read more

Woman human rights defender Narges Mohammadi was released from Zanjan prison after her sentence was commuted; WHRD and lawyer Nasrin Sotoudeh ended her hunger strike due to her deteriorating health; Coordinated diplomatic efforts made by France, Germany and the UK in calling for an end to Iran’s detention of dual nationals and its treatment of political prisoners, the first by the three countries on Iranian human rights abuses. Read more 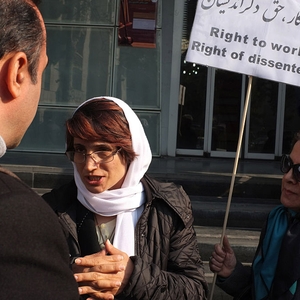 Human rights organisations raise concerns about the increasing use of the death penalty as a weapon of repression against protesters, and also identify a further emerging trend- the filing of additional charges against women human rights defenders already serving lengthy prison sentences in retaliation for their peaceful human rights activities
Read more 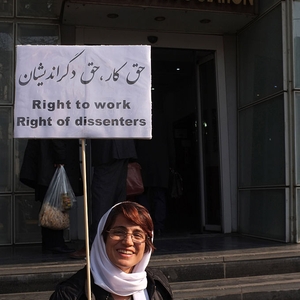 several environmentalists remain in detention for 6 months without any charges, while human rights lawyers are arrested and barred from retaining clients for being critical to the judiciary, and for representing protesters. Read more

Human rights organisations called on the Iranian authorities to overturn a judicial decision to block the Telegram messaging app in Iran. The popular messaging app is currently used by an estimated 40 million Iranians and has soared in popularity since its release in 2015. Read more