On 11th December 2021, 38 activists taking part in a demonstration organised by Extinction Rebellion Finland (Elokapina) were arrested in Helsinki. The protesters were detained because they reportedly refused to move to another location indicated by the police, which would have neutralised their civil disobedience action aimed at blocking a main road of the capital city. Read more 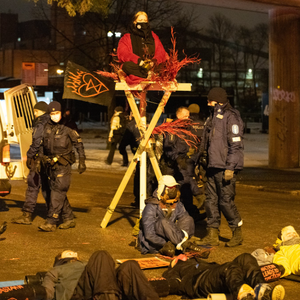 On 12th October 2021, a Helsinki court froze the assets (amounting to 20,000 Euros) of Elonvaalijat over violation of fundraising laws. Elonvaalijat is a registered association which supports the work of Extinction Rebellion Finland (Elokapina). However, Elonvaalijat has denied all accusations and stated that it intends to appeal the decision. It also added that the police’s investigation conveniently began around the time when Elokalina’s August Rebellion actions were planned. On 12th November 2021, 14 activists from Elokapina were arrested while protesting in front of Helsinki City Hall. Police accused them of disobedience towards a police officer. Additionally, the national police board launched an investigation into the earlier detention of 52 climate defenders during one August Rebellion action which took place outside the Government palace during October 2021. Separately, On 29th October 2021, the Deputy Prosecutor General of Finland brought charges against three journalists from the leading daily newspaper Helsingin Sanomat for disclosing state security secrets and intending to disclose secrets. Read more 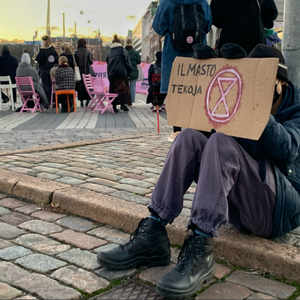 Extinction Rebellion Finland (Elokapina) declared a 10-day protest, the so-called Autumn Uprising, which started on 29th September and lasted until 8th October 2021. Close to 500 protesters were detaine during various actions. The group denounced the detention of some protesters for 20 hours (far beyond the limit of 12 hours as stipulated in the Police Act) on the grounds that they resisted police orders and violated public peace. In addition, police threatened photojournalist Antti Yrjönen with a fine for insubordination while he was covering an XR protest in Helsinki. Read more 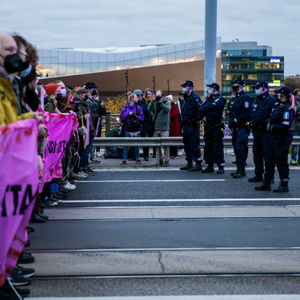 Protests against deportations to Afghanistan and in solidarity with Cuba

During this period, Finnish-Cubans and Cubans living in Finland gathered to protest the Cuban government, in solidarity with the unprecedented wave of demonstrations that are taking place on the island. Separately, Finnish NGO “Stop Deportation” organised protests in Helsinki to urge the Finnish government to stop deportations of asylum seekers to Afghanistan. On 9th July 2021, Finland temporarily halted deportations to Afghanistan. 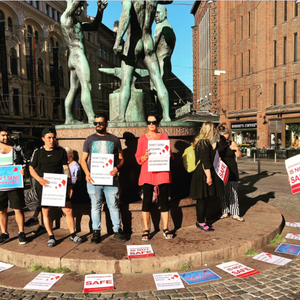 Police accused of mistreatment after climate activists arrested during protest

A protest was staged by Elokapina (Extinction Rebellion Finland) in central Helsinki, known as the August Rebellion, from 17th June 2021 called for urgent action from the government on the climate emergency. On 20th June 2021 police arrested over 100 people, in some cases by lifting and dragging protesters. Protesters have accused police of mistreatement while in detention. In a separate development, a recent report by the news agency STT shows that many representatives from Finnish political parties feel deterred from presenting their candidacy for elections for fear of being victims of hate speech. Read more 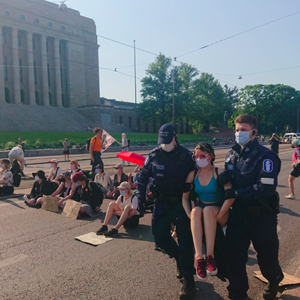 Protests against COVID-19 measures were staged during this period. As a result of the disrespect shown towards health measures by protesters, the municipal police are opening an inquiry into the gathering.  In a separate protest in environmental rights, six protesters from Elokapina (Extinction Rebellion Finland) were arrested during a blockade. The NATO Strategic Communications Centre of Excellence published a report which denounces gender-based online harassment targeting women ministers in the Finnish government Read more 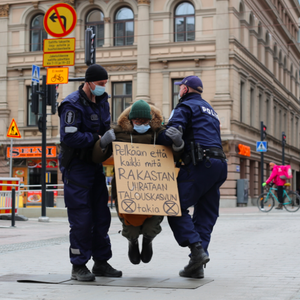 On 31st January around 60 people took to the streets of Helsinki for a peaceful demonstration in support of Russian opposition leader Alexei Navalny. In a seperate development, during the weekend of Holocaust Remembrance Day, the offices of two political parties in Oulu were defaced with swastikas. Read more 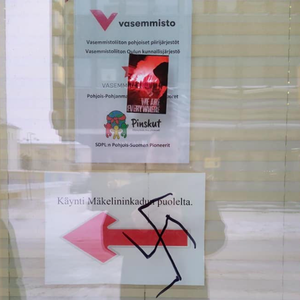 In Helsinki, on 3rd October 2020, a peaceful demonstration by Elokapina (Extinction Rebellion Finland) for urgent action against climate change was dispersed by the police by spraying protestors with pepper spray. Elokapina reports that after the incident, police also prevented protesters from rinsing their faces with water and that 51 persons were detained. Read more 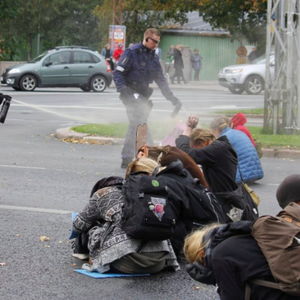 Demonstration in Helsinki to support protestors in Belarus

On 11th August 2020 people gathered in support of the pro-democratic demonstrations in Belarus. Amongst them were many Belarusians who reside in Finland, including the wife of a student who was arrested in Belarus when he briefly returned to the country to vote in the 2020 elections. In a separate protest, a group of protesters from Extinction Rebellion staged a hunger strike, calling for the Finnish government to take swifter actions towards reducing the country’s carbon emissions. The hunger strike lasted for 12 days but received no concrete response from government. Read more 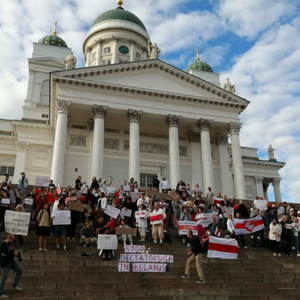 On 3rd June 2020, following mass protests against racism in the US after the death of George Floyd, a Black man, by a Minneapolis police officer, thousands peacefully gathered in Helsinki for a Black Lives Matter (BLM) protest. However, 16 complaints were filed against the police for double standards as some officers took part in the protest and allowed people to gather despite COVID-19 restrictions. The matter is currently being investigated by the parliamentary ombudsperson.
Read more 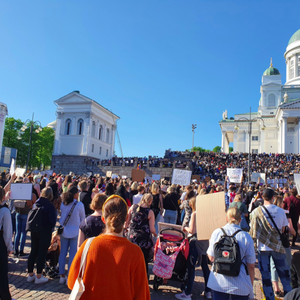