Protesters criminalised in Timor-Leste while journalists continue to face harassment 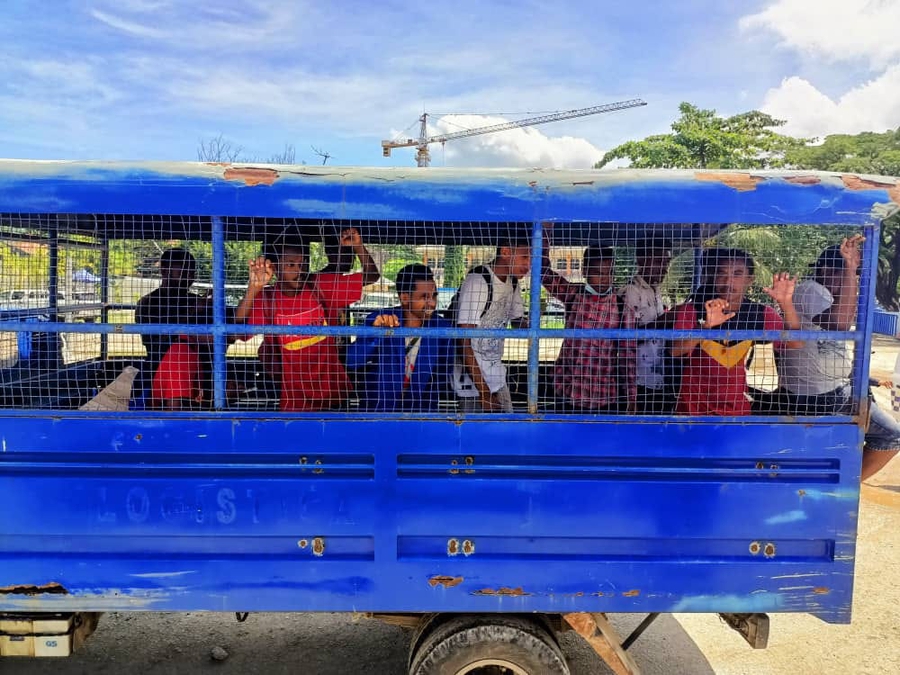 The state of civic space in Timor-Leste is rated as ‘obstructed’ by the CIVICUS Monitor. While the government has respected and protected freedom of association and created an enabling environment for human rights defenders, there continues to be concerns about attempts by the government to introduce draft laws related to criminal defamation. There have also been reports of restrictions on the right to peaceful assembly and the arbitrary arrests of protesters.

In July 2022, during the adoption of the recommendations from the Universal Periodic Review of Timor-Leste’s human rights record by the Human Rights Council, the government accepted civic space related recommendations, including to ensure that the laws do not unduly restrict the right to freedom of expression, to revise the media law and ensure a safe, secure and enabling environment, in law and in practice, for human rights defenders and journalists to carry out their work without fear of intimidation or reprisals.

However, in recent months, protesters from the National Maubere Alliance were arrested and criminalised. Further, journalists have been hauled in for questioning, while the Dili Dialogue Forum organisers were slammed for inviting a Myanmar junta representative.

Arrest and criminalisation of protesters from the National Maubere Alliance

an update on the demo's in Dili:

demonstrators continue today in front of Parliament, with the Maubere Alliance (AMN) remaining steadfast in their calls for the Government of TL to be accountable to the Timorese people #PovuMaubere #UNTL 1/7 pic.twitter.com/p5EtenFbD7

The National Maubere Alliance (AMN) organised demonstrations in front of Parliament in November 2022 against what they called “elite” policies that ignored the needs of the majority population. They had planned to continue with the demonstrations for two months.

Among their demands were to end the practice of purchasing laptops and luxury vehicles for members of parliament, to increase the allocation from the General State Budget (OGE) each year for health, agriculture and education and to repeal the Monthly Life Pension and Other Privileges for Former Members of Parliament (Law No 1/2007).

The alliance also called for Article 5 of the Law on Freedom of Assembly and Demonstration (No. 1/2006) to be repealed.

As CIVICUS has documented, Article 5 places unreasonable restrictions on the right to the freedom of peaceful assembly by prohibiting assemblies and demonstrations ‘within less than 100m from offices of organs of sovereignty, residences of officeholders of organs of sovereignty, military and militarised installations, prison buildings, offices of diplomatic missions and consulates, and offices of political parties’. Civil society has argued that this restriction prevents them from holding effective protests against the government and is inconsistent with international law. Because of the close proximity of government buildings and diplomatic missions in the capital, Dili, and its location close to the sea, the requirement under the Law on Freedom of Assembly and Demonstration makes it virtually impossible for protesters to organise a demonstration within sight and sound of their target.

On 14th November 2022, 37 protesters were detained after the police considered the protests to be illegal. They were held in the PNTL cell in Caicoli. 26 protesters were subsequently charged under Article 193 of the Timor-Leste Penal Code for ‘disobedience to an order of dispersal’ for failing to comply with Article 5 of the Law on Freedom of Assembly and Demonstration (No. 1/2006) which is punishable with up to two years’ imprisonment or a fine. If the person charged is the organiser of the gathering, they could face up to three years’ imprisonment or a fine. They were released pending a decision of the courts on 16 November 2022. According to information received from local sources all the protesters have been acquitted without conditions.

My dear friend and a feminist Miguel Monsil was illegally captured by the National Police this morning.
The police lied by saying to take Coordinator of the demonstration for a dialogue. But they ended up capturing him.
Migi Monsil is the lead coordinator of the peaceful protest pic.twitter.com/Vz2v9VKLBF

Also on 16th November 2022, police detained activist Miguel Arcanjo Monsil, the lead coordinator of the demonstrations after he had been called by the police for a dialogue. He was subsequently released.

#TimorLeste🇹🇱: Two journalists have been summoned by the National Police of Timor-Leste after publishing two articles on a minister’s request to dismiss Gastão Pereira, the Director of Internal Intelligence at the National Intelligence Service. @IFJGlobal https://t.co/UOl9tJGzMs

On 25th October 2022, the International Federation of Journalists (IFJ) reported that two journalists had been summoned by the National Police of Timor-Leste (PNTL) after publishing two articles on a minister’s request to dismiss Gastão Pereira, the Director of Internal Intelligence at the National Intelligence Service (NIS).

Editor-in-chief of the Jornal Independente, Jorginho dos Santos, and journalist Domingos Gomes received letters from law enforcement summoning them to a police station for their article detailing recent political developments in Timor-Leste.

The piece detailed allegations that Timor-Leste’s Deputy Minister of Justice, José Edmundo Caetano, had sent a letter to senior government officials requesting the resignation of National Intelligence Service (NIS) Director of Internal Intelligence, Gastão Pereira, for his failure to comply with disclosure regulations.

According to reports, Pereira is accused of sharing confidential information about an upcoming investigation into the seizure of USD 130,000 and 40 million Indonesian Rupiah (USD 2,566) at a Timor-Leste airport.

The Timor-Leste Press Union (TLPU) said: TLPU stands firm on its position to promote and defend freedom of expression and information, and freedom of the press and media. Therefore, TLPU laments the illegal action of the PNTL as journalists are not criminals and perpetrators. TLPU demands that PNTL must stop issuing unjustifiable notification letters to the media and journalists."

The summoning of dos Santos and Gomes by police is the latest in a series of attacks on press freedom. As previously documented, in May 2022, Parliamentary Affairs and Social Communication Minister Francisco Martins da Costa Pereira Jerónimo sued Francisco Belo Simões da Costa, the editor-in-chief of an East Timor news portal Hatutan.com, after the editor published a story on the minister’s alleged involvement in a fraudulent set-top box installation project. In June 2022, Raimundos Oki, chief editor of news portal Oekusipost.com, was charged following an investigative report concerning the detention and forced virginity testing of underage girls.

Journalist groups condemned the organisers of the Dili Dialogue Forum - held in Timor-Leste from 25th to 26th August 2022 to discuss issues of press freedom - for inviting a representative of the Myanmar junta and allowing him to present at the dialogue. The groups said the platform was used to paint “a fake picture of the media and developments in crisis-hit Myanmar”.

U Aye Chan, a member of the junta's Press Council, formed in the aftermath of the coup attended the forum where he said that the military coup in Myanmar was legitimate, and that the independent media has been “reporting fake news and misinformation, leading to the deterioration of the political situation in the country”.

The groups said that U Aye Chan failed to mention during his presentation that 23 of the 27 elected members of the Myanmar Press Council stepped down simultaneously in February 2021 because they refused to cooperate with the junta. Further, more than 140 journalists have been arrested since the military coup. Fifty-seven journalists remain in detention. Eleven independent media groups have had their publishing licences revoked. Four journalists have been killed by torture and oppression at the hands of the military council.

Jim Nolan of the International Federation of Journalists reported that “delegates were astonished at the shameless lies spread by a person purporting to be an advocate of the free press” and underscored the importance that groups such as the Press Council carefully scrutinise delegates sent to regional meetings whose only purpose is to function as a propaganda mouthpiece for authoritarian regimes and interests.

The Timor-Leste Press Council subsequently issued a statement of apology.