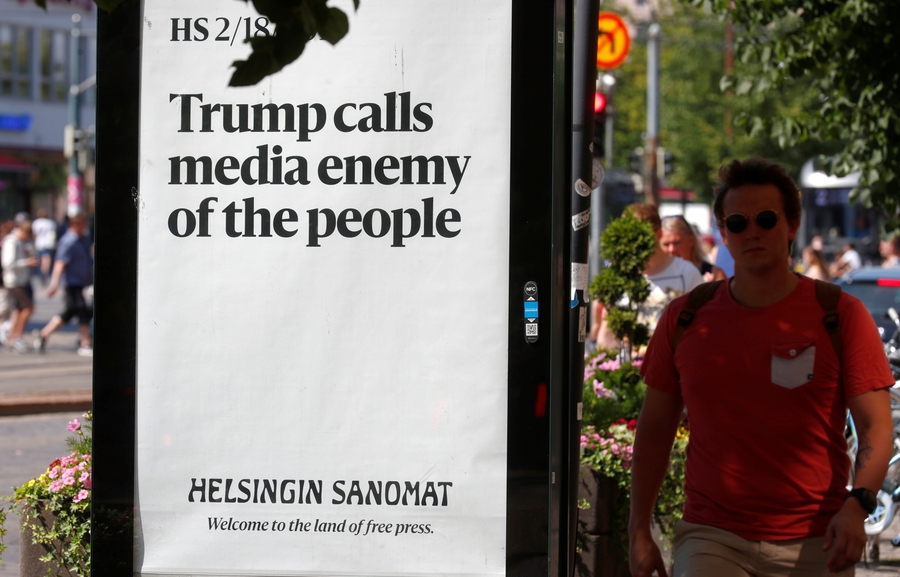 Following the investigative article published by Helsingin Sanomat (HS) in June 2022, on 11th July 2022 Finnish MP Wille Rydman filed a criminal complaint and requested a police investigation regarding the allegations reported by HS. The Central Criminal Police (KRP) refused to reassess the suspicions against Rydman, which was requested by the coalition party in June 2022, as there was no additional evidence regarding the case. However, according to new evidence, the police reopened the investigation after interviewing the two women who appeared in HS’s story. During the month of August 2022, the KRP also initiated a preliminary investigation against Helsingin Sanomat on suspicion of gross defamation and dissemination of information that violates privacy. Following the police investigation, Antero Mukka, HS’s editor-in-chief, said that the HS has strong reason to trust the information it has acquired and sources that have dared to open up about their experiences. For the time being, there is no information about the duration of the preliminary investigations in both cases.

On 20th July 2022, local Finnish newspaper Loviisan Sanomat a published an article about pricing discrepancies in the K-Supermarket in Loviisa, which resulted in the store owners attempting to influence the publication’s decisions by terminating their ongoing advertisement agreement with the newspaper. The chain of events started in June 2022 when the local newspaper published a reader’s opinion about pricing differences between the shelf prices and the prices at the check-out cash register in the supermarket. According to Arto Henrikson, the editor-in-chief of the local newspaper, prior to the publication the text was sent to the K-Group to ensure their input on the piece and avoid potential negative publicity toward the store. Regardless of all efforts, the K- Group did not provide any comment but did not want the article to be published. Shortly after the publication, the K-Group withdrew their advertisement deal with Etelä-Suomen Media Oy Company which publishes Loviisan Sanomat. The withdrawal resulted in significant financial losses for the news company. The K-Group’s act not only put financial pressure on the company, but also raised worrying concerns regarding freedom of expression.

In addition, Henrikson, the editor in chief pointed out that freedom of speech cannot be compromised, and the newspaper is responsible primarily to its readers for providing objective news.

On another note, a survey-based research report (available in Finnish) published by the Swedish School of Social and Municipal Affairs and the University of Helsinki in January 2021, reveals that according to 63 per cent of the respondents, external actors attempt to influence the content of Finnish journalists’ publications by applying pressure in various ways.

On 29th July 2022, Finnish news agency Suomen Tietotoimisto (STT) was targeted by a cyberattack, which forced it to shut down some of its computer systems. According to Panu Tuunala, STT’s managing director, it is unclear who was responsible for the attack and whether any data was leaked. The managing director also told Yle, the Finnish news broadcaster company that

"Over the last six months, we have become increasingly aware that we could be targeted. We have taken note of the attacks on agencies like ours across Europe’’.

In addition, the Finnish authorities also reported that such attacks have increased since Russia’s invasion of Ukraine in February 2022. Following the STT’s initial announcement, on 1st August 2022, Helsinki Police authorities opened an investigation into the malicious cyber-attack against the news agency. Currently, the police are investigating the case as a data breach and interference in STT’s computer systems.