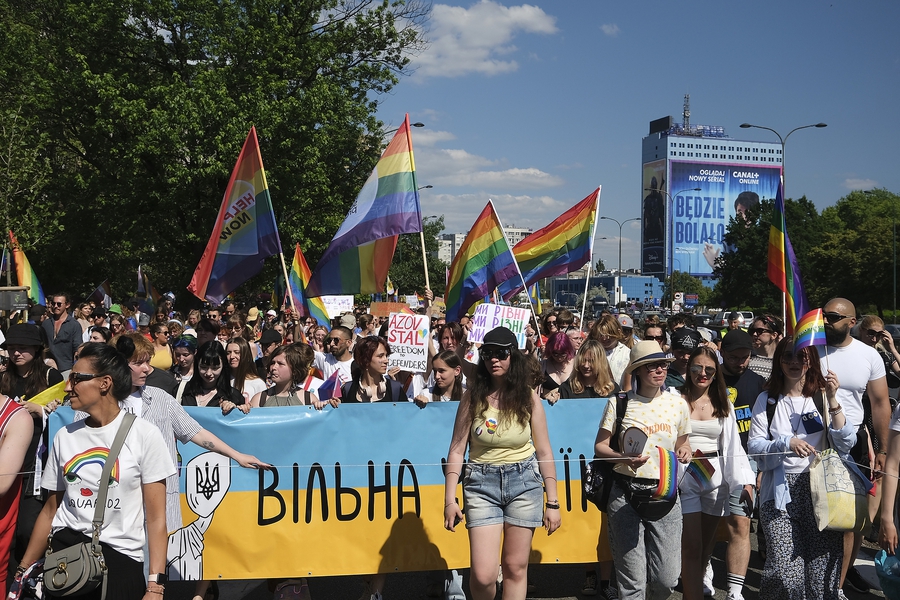 The European Commission is reviewing Poland’s fulfillment of the criteria necessary for restoring the rule of law set out in a ruling by the Court of Justice of the EU. The criteria included dismantling the judicial disciplinary chamber in Poland’s Supreme Court, reforming the disciplinary regime for judges, and reinstalling unlawfully dismissed judges. On 26th May 2022, the Polish Parliament approved judicial reforms and voted in favour of a bill that would replace the contested disciplinary chamber for judges with a new body, namely the “chamber of professional responsibility”. The new body is expected to follow EU standards. However, critics of the Polish government do not believe that the bill goes far enough in ensuring that judges are not subject to political pressure. Constitutional law scholar Marcin Matczak, a prominent critic of the government’s judicial reforms, for example, was quoted as saying that the new law “removes the tumour while consciously making metastases to other, healthy chambers”. Despite the approval, the European Commission is still reviewing the new legislation and disciplinary regime proposed in the bill. In early July 2022, the Commission stated that the new law is missing an assurance that judges are able to question the status of another judge without the risk of being subjected to a disciplinary process. Poland cannot make a request for the blocked funds until the judicial reforms have been fully implemented. Even though Commission officials warned that this will not be enough on its own, on 15th July 2022, the contested disciplinary chamber was closed down. The Polish government hopes that this move will convince the European Commission that the frozen EU funds should be unlocked.

In an independent yet related development, in early July 2022, leaked email correspondence from the head of the Polish Prime Minister’s Office, Law and Justice (PiS) politician Michal Dworczyk, exposed evidence of the government’s interference in the activity of the country’s highest court. According to the leaked content, Dworczyk met the head of the Constitutional Tribunal, Julia Przylebska, and discussed three high-profile cases the court was supposed to rule on. The email seems to suggest that the government wanted the court to postpone a few rulings in order to avoid significant expenses to the budget right before a general election.

Amid rising vulnerabilities of Ukrainian refugees crossing into Poland, in late May 2022, the UN Refugee Agency (UNHCR) announced that it will be scaling up its operations in Poland. Since the Russian invasion of Ukraine, between late February 2022 until late May 2022, more than 3.5 million Ukrainian refugees have entered Poland. Given the ongoing hostilities in Ukraine, Poland expects to continue receiving large numbers of refugees each day. The UNHCR stated that it is supporting the Polish government’s effort to aid the refugees through a multisectoral response which includes systems to ensure legal stay, access to employment, education, health care, and other social welfare schemes. According to the Polish Border Guard, as of 21st July 2022, 4.92 million refugees have crossed the Polish-Ukrainian border.

Poland lifts state of emergency at the Belarusian border

“While the end of the state of emergency is a positive development, the humanitarian crisis on the border continues. Poland’s authorities should act to protect the rights of these migrants and asylum seekers”.

The announcement comes after the completion of a new steel wall along the border on 26th June 2022 to keep out people fleeing from conflict and poverty. The Polish government stated that the wall will assist in the fight against Russia and allow Poland to focus on helping Ukraine protect its sovereignty. Critics of the border wall accuse Poland of creating a double standard by peacefully allowing in Ukrainian refugees but pushing back asylum seekers from Middle Eastern and African countries. Reports from individuals trying to cross the border into Poland detailed serious human rights abuses, including incidents of assaults and rape.

On 23rd June 2022, Poland’s Parliament rejected a bill that would liberalise the abortion law in the country by allowing termination within the first 12 weeks of pregnancy. The bill, backed by several women’s rights and pro-choice groups, was submitted to parliament in March 2022 and proposed to allow women to obtain a state-funded abortion up to the 12th week of pregnancy without needing to provide any justification. Poland has one of the strictest abortion laws in Europe, with abortion only permitted in two cases: if the pregnancy threatens the mother’s life or health or if it is the result of a criminal act.

This decision comes after Poland’s government faced criticism over a new provision that requires doctors to record each pregnancy and add the data to the country’s Medical Information System. The order, given by Health Minister Adam Niedzielski in early June 2022, compels doctors to record information about pregnancies, including any past or current illnesses, medical visits, treatments, and blood type. While those in the government supportive of the order say that the public health data will allow medical workers to help patients, lawmakers opposed to the order say the “pregnancy register” could be a new tool of repression against women. The order came into force in mid-June and will become mandatory from 1st October 2022.

On 25th June 2022, tens of thousands of people took part in the Equality Parade in Warsaw, joined by Kyiv Pride. Ukraine’s largest LGBTQI+ rights event, KyivPride, is generally held in Ukraine’s capital but was forced to reorganise its activity outside the country due to the ongoing war. The event went ahead in conjunction with Warsaw’s yearly equality parade, the largest gay pride event in central Europe. In addition to celebrating LGBTQI+ people, the event was intended to be a platform to keep international attention focused on Ukraine. “We are marching for political support for Ukraine, and we’re marching for basic human rights for Ukrainian people”, KyivPride director Lenny Emson said.

Related to LGBTQI+ rights and protest, a new report by Amnesty International Poland “They treated us like criminals: From shrinking civic space to harassment of LGBTI defenders" found that over the last five years LGBTQI+ persons who have participated in protests often faced physical and verbal homophobic attacks and “heavy-handed police tactics and criminal prosecutions.”

“We don’t know where this campaign of hate will stop. Vehicles with homophobic slogans drive on the streets with impunity, but it’s us who are to be punished and suffer. It is because of this long-standing activism that I am in a such bad state today” Jacek, a long-time activist and organizer of Equality Marches told Amnesty International.

“Rather than target the LGBTI people and rights defenders, the authorities should respect, protect, and promote their rights and act urgently to ensure and end to all discrimination on the basis of people’s actual or perceived sexual orientation or gender identity,”- Anna Błaszczak-Banasiak, Director of Amnesty International Poland.

On 14th July 2022, the second hearing for the abortion rights activist Justyna Wydrzyńska, who is charged with “aiding and abetting abortion” took place. According to OKO.press, during the hearing, a demonstration of several dozen people in support of the activist took place in front of the Warsaw Court, “which was drowned out by a counter-demonstration of the Pro-Law to Life Foundation. Descriptions of alleged abortions in detail and children's crying were heard from the loudspeakers”.

WHRD Justyna Wydrzyńska is facing possible jail time for aiding #abortion access in #Poland. Her case is back in court today.

CIVICUS calls on Polish authorities to drop charges against her!

As reported earlier on the Monitor, Wydrzyńska, a women human rights defender from the Polish group Aborcyjny Dream Team, faces up to three years in prison for supporting a pregnant woman who needed a safe abortion. Similar to the first hearing, the second hearing was adjourned, as the witness who started the whole case and the partner of the women who was seeking an abortion did not show up. According to OKO.press, it is likely that the case will end on 14th October 2022 and a sentence will be handed down shortly thereafter. Prior to the second hearing, several international organisations called on Poland to end the prosecution of Wydrzyńska. Hillary Margolis, a senior researcher on women’s rights at Human Rights Watch stated:

“Dragging a woman’s rights activist into court on accusations of helping a domestic violence victim shows just how far Poland’s government will go in its crusade to stop women and girls from exercising their reproductive rights…. The government should use its resources to ensure that everyone in Poland can get the sexual and reproductive health care they need, and help others do so, without risking a prison sentence”.

Related to reproductive rights, on 7th July 2022, the European Parliament adopted a resolution to include the right to an abortion in the EU Charter on Fundamental Rights. The resolution stated: “EU countries should guarantee access to safe, legal and free abortion services, pre-natal and maternal healthcare services, voluntary family planning, youth-friendly services, and to HIV prevention, treatment and support, without discrimination”.

Incidents against media and journalists

As reported by Mapping Media Freedom, the following incidents took place against media and journalists:

On 26th June 2022, the day after Warsaw’s yearly Pride Parade, Poland’s conservative ruling party leader pushed back against the “Western views” on LGBTQI+ rights. Jaroslaw Kaczynski, who leads the Law and Justice (PiS) party, used anti-LGBTQI+ rhetoric when describing the Western approach to sexual minority rights. Additionally, he stated that it was time to return to “some rules of decency” and “normal language”.

On 29th June 2022, Poland’s highest administrative court upheld the annulment of anti-LGBT resolutions. The resolutions, adopted by local authorities, declared themselves free from LGBT ideology and pledged to fight “homopropoganda” and the “sexualisation of children”. Adam Bodnar, Poland’s human rights Ombudsman at the time, challenged the resolutions in court, arguing that they violate the rights of LGBTQI+ people. The lower courts agreed with the commissioner’s arguments and annulled the resolutions. The lower court rulings were still challenged but did not overrule the final decision of the high court.