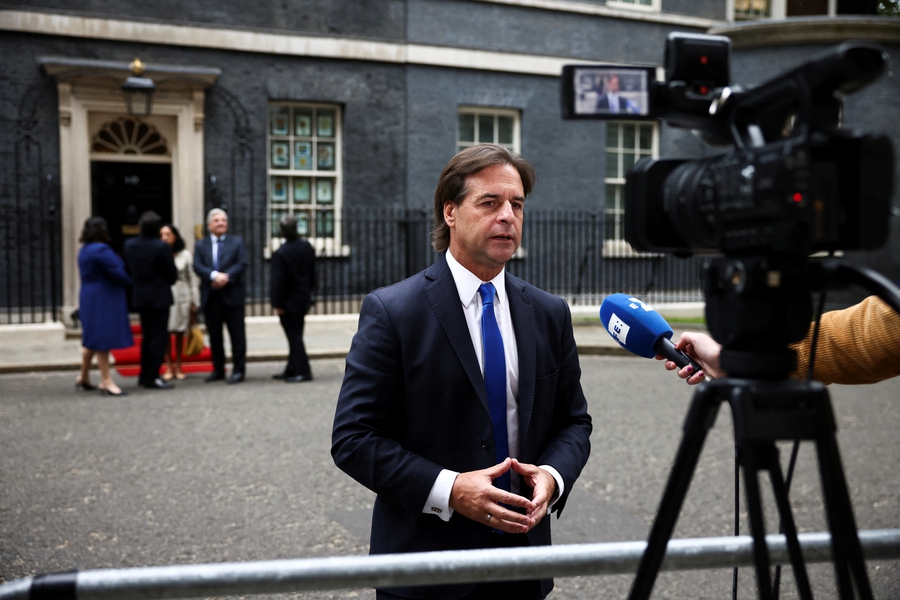 Proposal to repeal the Media Law

The new Accountability and Budget Bill, presented to Parliament on 30th June 2022, includes provisions to fully repeal the current Audiovisual Communication Services Law (N° 19.307), known as the Media Law. As previously reported on the Monitor, the Lacalle Pou government attempted to replace the Media Law with new legislation, but the government’s proposal was met with criticism from experts and its debate stalled in the Uruguayan Parliament. The Media Law, still in place, is considered a model in terms of human rights and freedom of expression.

Article 206 of the Accountability and Budget Bill would revoke the Media Law and all related regulations. According to Observacom’s analysis, by repealing the current legislation, the government would eliminate provisions that prevent media monopolisation; protect the rights of children and youth; and safeguard journalists’ work. In addition, the current mechanisms for allocation of radio and television frequencies would be voided, giving the government more discretionary power over their allocation.

In addition, in place of the Media Law, the Lacalle Pou government’s proposal is to reinstate past legislation, including two laws established under Uruguay’s military dictatorship: Broadcasting Law No. 14.670 of 23 June 1977 and Decree-Law No. 15.671 of 8 November 1984. These would, for instance, enable the authorities to shut down media outlets for “disturbing public tranquillity, undermining morals and good customs” or for “affecting the image and prestige of the Republic”.

National and international civil society organisations condemned this initiative and urged Parliament not to repeal the Media Law. Academic centres, such as the Faculty of Information and Communication of the University of the Republic, issued statements pointing out the “serious setback” that this would mean for democratisation of communications. As reported by news outlets, the proposal is likely to face resistance from the government’s own coalition in Parliament – with some legislators expressing their concern. The Chamber of Deputies did not reach an agreement on the provisions, and submitted the bill to the Senate for consideration.

On 26th May 2022, a public prosecutor stigmatised the work of journalists during a radio interview programme En Perspectiva. Raúl Iglesias, a prosecutor specialising in sexual offences, said in the interview that there are journalists who “will come out and say anything”. Without clarifying which journalists he was referring to, or what grievances he was defending himself from, he challenged journalists who say “certain things” to go speak to him personally at the Public Prosecutor’s Office.

These statements sparked controversy, with several reporters criticising the prosecutor’s stance. The Central Board of Directors of the Uruguayan Press Association issued a statement expressing concern about Iglesias’ “threatening attitude” toward journalists. They said such behaviour was not “in keeping with the role of representative of the Public Prosecutor's Office that is incumbent on the public prosecutor”.

In a separate incident, on 19th July 2022, Silvia Techera, a journalist in Melo, Cerro Largo received an anonymous deaths threat over private Facebook message. The message referred to recent reports Techera had made on a police case and claimed that her days were “numbered” and that she would be shot in the head on the street. Techera is a correspondent in Cerro Largo for Subrayado, one of Uruguay’s main television news programmes, and also works with local radio station La Voz de Melo. She is a former president of the Uruguayan Press Association, which issued a statement expressing concern over the threats. Following a police investigation, a teenage girl was reportedly detained in connection with the threats. According to prosecutors, the 13-year-old had psychiatric health issues and was transferred to an institution for treatment.

In an interview with British media, President Luis Lacalle Pou disputed studies showing a decline in freedom of expression in Uruguay. In the conversation with BBC’s HardTalk, aired on 26th May 2022, the president discredited reports by Uruguayan organisation CAinfo and international watchdog Reporters Without Borders (RSF), suggesting that these groups were lying about a decline in the situation of freedom of expression in the country. Lacalle Pou claimed “it is not true” that such a decline is taking place. When pressed, he said he “does not respect” RSF. In the same interview, Lacalle Pou said he “disagrees” with warnings from UN experts that measures taken by his government would restrict the right to peaceful assembly and not comply with international human rights standards.

CAinfo responded with a statement pointing out that their monitoring is based on sound methodology and indicators established with support of UNESCO, and agreed upon by 14 freedom of expression organisations in the region, via the network Voces del Sur. According to CAinfo’s report entitled: Journalism and Freedom of Expression in Uruguay, there were 69 cases of violations or restrictions on freedom of expression against journalists in the country in 2021.

On 7th June 2022, human rights defender Yamandú Rodríguez Pérez was found dead in a hotel room in the centre of Montevideo. He worked on the protection of vulnerable populations, and was a member of Hermandad Pro Derechos, a national civil society organisation dedicated to monitoring adherence to the Universal Declaration of Human Rights.

The circumstances around the HRD’s death came under question, and civil society groups issued a statement alleging that the authorities were negligent in regard to the case. According to the statement, the police removed the body without due diligence and an autopsy was not conducted. A medical report stated that Rodríguez Pérez died of unassisted cardio-respiratory failures, but people who attended the wake said the HRD’s body had visible marks of violence. Hermandad Pro Derechos demanded a full investigation into the death, and vowed to continue mobilising until the facts were clarified. Other groups also joined these calls, and a mural honouring the activist was painted in the community centre of a Methodist church he had regularly attended.

On 24th June 2022, the public prosecutor in charge of the case requested an autopsy of Rodríguez Pérez’s body to support an investigation into the case. However, by 14th July 2022 news outlets in Uruguay reported that the autopsy had not been carried out, and that the investigation had stalled.

Thousands gather in March of Silence

On 20th May 2022, thousands of demonstrators gathered for the traditional March of Silence. It was the 27th edition of the protest honouring victims of the military dictatorship in Uruguay (1973-1985), and demanding memory, truth, and justice for human rights violations committed during that period. Marches were held in over 50 cities across Uruguay, and among migrant communities abroad in cities such as Buenos Aires, Barcelona, Madrid, London and Paris. The demonstration was organised by Madres y Familiares de Uruguayos Detenidos Desaparecidos (Mothers and Relatives of Uruguayans Detained and Disappeared) and included many unions, student associations, and other civil society organisations. This was the first in-person March of Silence after two years, when the coronavirus pandemic led organisers to put together alternative demonstrations and online activities to commemorate the date.

In 2022, organisers expressed concerns over the lack of progress in judicial cases regarding crimes against humanity, legislative initiatives which would promote impunity for perpetrators of these crimes, and a lack of state action to shed light on unresolved cases. They convened the march under the slogan - “Where are they? The truth is still being held hostage: It is the responsibility of the state”. In Montevideo, protesters marched with banners showing the faces of 197 political prisoners who disappeared during that period in history. “There are people alive who were involved in the kidnappings and don’t want to tell the truth. We want to know the truth and for justice to be done”, said 75-year-old Chela Fontora of Asociación de Expresos Políticos Crisol (Association of Former Political Prisoners).