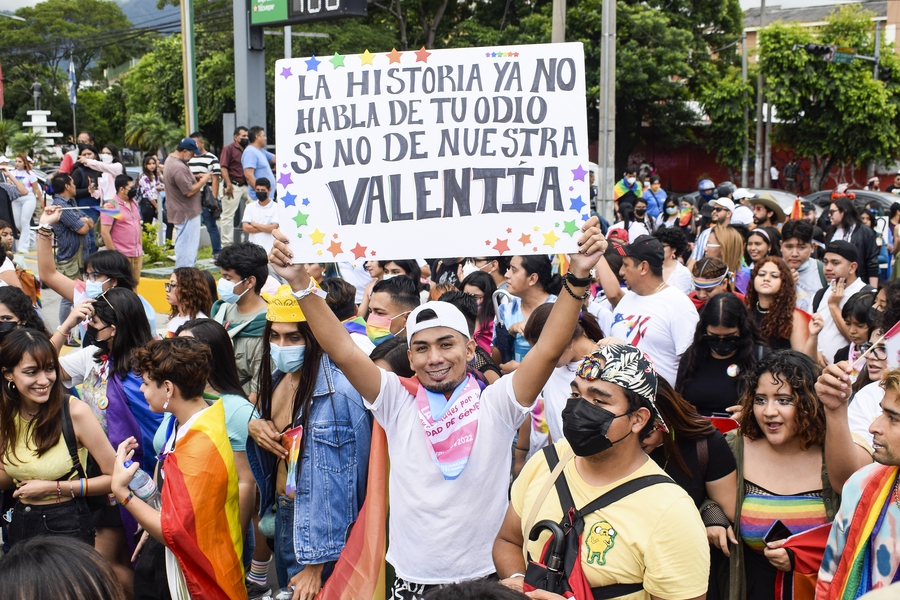 On 25th June 2022, thousands of people joined the LGBTQIA+ Pride March in San Salvador. A key demand of the demonstration was the approval of a Gender Identity Law that would create an institutionalised mechanism for legal recognition of gender identity for transgender persons. Such a bill was presented by legislators in collaboration with civil society groups in 2021, but as of July 2022, it has yet to be reviewed by the Women and Gender Equality Commission of the National Assembly.

Erick Iván Ortiz, a spokesperson for the Salvadoran LGBTI Federation, told news outlet Infobae that state security forces did not provide security for the march, despite the concerns over hostilities, homophobia, and violence in El Salvador. Ortiz said this absence reflected the government’s practice of leaving the demands related to LGBTQIA+ rights out of the official agenda.

On 30th June 2022, civil society organisation Federación Salvadoreña LGBTI (Salvadoran LGBTI Federation) warned that its Secretary-General Bianka Rodríguez been facing harassment and had received death threats from alleged criminal groups. Rodríguez is a transgender activist and in March 2022, she became the first person in El Salvador to have her identity documents rectified to reflect her gender identity and name. On Twitter, the activist said she had stopped answering phone calls from unrecognised numbers for security reasons.

In a separate incident, civil society organisations warned that on 13th July 2022, human rights defender Juan Carlos Hernández was arbitrarily detained by El Salvador’s national police when he was on his way home. As reported by Red Salvadoreña de Defensoras de DDHH (Salvadoran Network of Women Human Rights Defenders), Hernández had previously reported being harassed by the police, who had allegedly photographed him. He is a member of LGTQIA+ rights collective Cultura Trans SV.

On 12th July 2022, the city hall administration of Tecoluca, San Vicente threatened to take legal action against community radio station Tehuacán and magazine GatoEncerrado. The news outlets had reported that Tecoluca’s mayor misled local residents when he announced an investment that would allegedly create hundreds of jobs in the town, but failed to disclose important details around it. The municipality issued a statement reffering to GatoEncerrado, Factum, and El Faro among “opposition” media outlets and accused Radio Tehuacán of lending itself to a “media circus for political ends.” The statement discredited the work of these outlets, alleging that they spread misinformation.

Radio Tehuacán told journalists’ association Asociación de Periodistas de El Salvador (APES) that they have attempted to contact the mayor for interviews on several occasions, but have never gotten a response. APES called on public officials to respect the work of journalists. The association also recalled that public officials must be held accountable, and thatif they feel aggrieved, they have the right to seek rectification and reply.