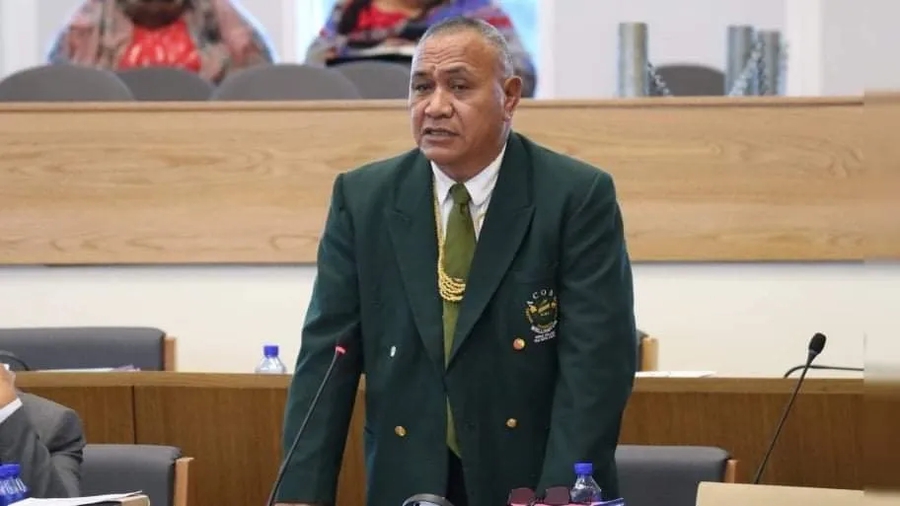 In recent months, there have been cases of defamation charges reported, including against the opposition leader, an Australian based Samoan radio station, and a radio presenter. Press freedom rankings for Samoa have dropped as access to state information has become more challenging to obtain.

On 16th June 2022, Minister of Works, Transport and Infrastructure Hon Olo Levaopolo Fiti Vaai confirmed that he was filing a defamation lawsuit against the leader of the political opposition, Tuilaepa Dr Sailele Malielegaoi.

The lawsuit pertains to a press conference, during which the leader of the opposition had raised the issue of a V8 diesel landcruiser with private plates that had been assigned to the Minister for his use. During that press conference, Tuileapa told media that the use of private license plates for a vehicle assigned to a cabinet minister was not according to proper protocol, and then compared the action to theft.

On the same day, the Minister of Works also confirmed that he had instructed legal action to be taken against Australia based Samoan radio station Maota o Viiga for defamation. Olo stated that the online radio programme reported on the accusations made by the opposition leader.

As previously documented, in 2013, Samoa withdrew libel from its criminal code as a media reform initiative. However, at the end of 2017, the parliament unanimously voted to revive its criminal libel law under section 117(A) of the Crimes Act 2013, despite opposition from media freedom advocates. A person found guilty of violating this law faces a three-month prison term.

Such a law is inconsistent with the consensus that has grown in recent years in support of the decriminalisation of defamation. In General Comment 34, the UN Human Rights Committee urged states to decriminalise defamation and called on those retaining criminal defamation provisions to ensure that they do not carry the threat of imprisonment. Human rights courts, international and regional human rights bodies, and human rights mandate-holders have similarly called for the repeal and reform of criminal defamation provisions.

In 2019, Malele Atofu Paulo, a prominent Samoan anti-government blogger based in Australia - who is also known as King Faipopo - was charged with defamation. According to the prosecution, the defendant had posted a video in Australia alleging that the then prime minister was involved in a plot relating to the murder of a cabinet minister. He was jailed for seven weeks.

On 10th July 2022, it was reported that police had charged a Sydney-based Samoan radio presenter for defamation. Tiumalumatua had reportedly travelled to Samoa for a religious conference.

According to the Samoa Observer, Police Commissioner Auapa'au Logoitino Filipo confirmed that Tiumalumatua Maifea Lasei was arrested by the police on 9th July and released later that day on bail. Police had begun investigations into the allegations of defamation against Tiumalumatua – who hosts a radio talkshow programme which is live-streamed on Samoa toe fa'aolaola-Samoa come alive Facebook page and @samoacomealive website – after the Secretary of the Fa'atuatua i le Atua Samoa ua Tasi (F.A.S.T.) party, Va'aaoao Salu Alofipo lodged a complaint.

On one of Tiumalumatua's current radio talk shows, he called upon the head of the government, Prime Minister Fiame Naomi Mata'afa, to remove Cabinet Ministers La'auli Leuatea Schmidt and Olo Fiti Va'ai from their ministerial posts. La'auli is the Minister of Agriculture and Fisheries and the Chairman of the F.A.S.T. party, while Olo is the Minister of Works, Transport and Infrastructure.

Police confirmed that Tiumalumatua surrendered his travel documents to police for allegedly committing a crime under section 117(A) of the Crimes Act 2013.

Samoa’s press freedom rankings dropped from 21st to 45th place in the Reporters Without Borders (RSF) 2022 World Press Freedom Index, published in May 2022. RSF said that despite the vitality of some of its media groups, the Pacific Island archipelago was in the process of losing its status as the region’s model of press freedom.

RSF further stated that the defamation provisions puts journalists who criticise members of the government at risk. Further, journalists have no guaranteed access to state-held information and the government's refusal to make information available to the media (or submit to regular scrutiny by journalists) has been highlighted by two health crises – a severe measles epidemic in 2019 and the COVID-19 pandemic in 2020-21.

On World Press Freedom Day in May 2022, Journalists Association of Western Samoa (JAWS) President Lagi Keresoma said: "The belief that freedom of expression is not part of the Samoan culture makes it harder for journalists to carry out their work, especially in villages and districts. In last year's general election, journalists were banned from attending several villages or district gatherings”. Keresoma also added one of the main challenges facing reporters in Samoa is the lack of access to information.