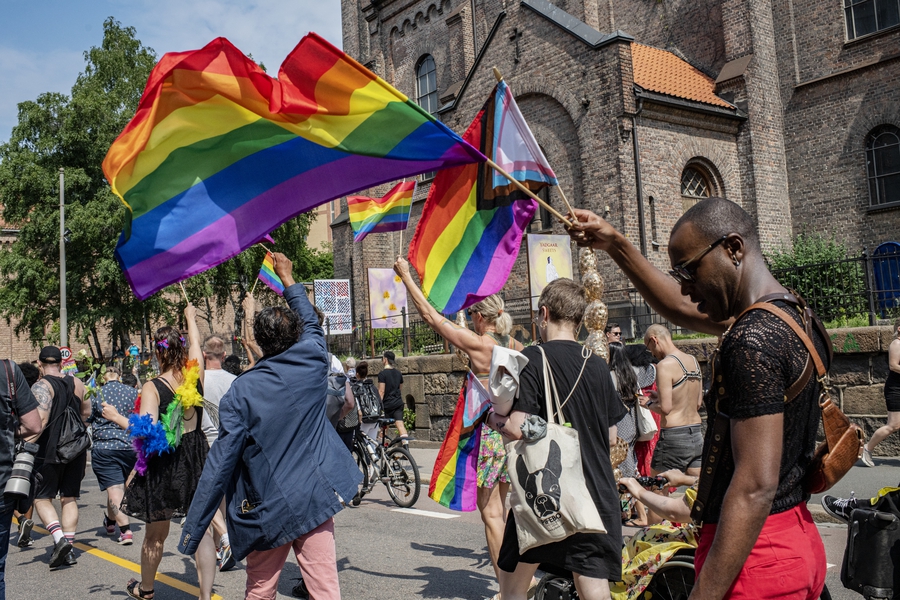 A recent report commissioned by the Oslo Municipality in May 2022 found that more than 60 per cent of people with an immigrant background experienced discrimination during meetings at the municipality. The report (available in Norwegian) mapped ongoing racism and discriminatory attitude toward third-country nationals in various areas. Although Minotenk, a local foundation and think tank that promotes inclusion and equality, acknowledged the report as a positive step in the right direction to deal with structural racism and discrimination, particularly amongst local authorities, they also pointed out that more needs to be done. The numbers are worrying when it comes to fair and equal civic space as well as accessing social rights.

Rina Mariann Hansen (AP), City Councillor for Work, Integration and Social Services, pointed out that “These are serious numbers, and we want to be a Municipality for everyone, both as a service provider and employer.” Therefore the report will be used as a crucial tool to improve inclusion and access to social rights for immigrants. In addition, the Norwegian Centre Against Racism highlights that awareness raising and recognition of structural racism is a crucial step in changing the discourse in the municipality. They also suggested that recruitment of minorities and the establishment of complaint mechanisms are also essential to contribute to positive change.

In the morning of 13th June 2022, six climate activists consisting of local and other European citizens blocked the road on Elgeseter bridge at Samfundet in Trondheim, Norway. The group claims that the action of civil disobedience was organised against Norwegian authorities, under the ‘Stop oil exploration' campaign. The police intervened and ended the demonstration within an hour, arrested the activists and issued a NOK 12,000 fine (1,130 USD). The climate activists’ actions continued on 14th and 15th June and ended in further police arrests and fines. Overall, sixteen protesters have been arrested for the actions carried out over the three days. In addition, the activists who are not Norwegian nationals face the risk of deportation. Sylvi Listhaug, the leader of the Progress Party (FrP), believes that the Ministry of Justice will deport and subject foreign citizens to an entry ban due to their ‘illegal actions.’ On this basis, many members of civil society are concerned about restrictions on the right to peaceful assembly in Norway.

According to the authorities, the activists are from the environmental group Extinction Rebellion which conducted actions against Norway's oil industry earlier in April 2022. The key message of the protest is to demand that Norwegian authorities immediately halt all further exploration for oil and gas and lay down a concrete plan for a fair transition for today's oil workers.

On 25th June 2022, the fatal shooting of two people during Oslo Pride spread terror and indignation among civil society in Norway. As the day was marked to celebrate and march for LGBTQI+ rights and social acceptance, a gunman killed two people and injured 21, who took to safety by hiding in the basement of a bar. While the investigations are ongoing, the Norwegian authorities indicated that the attacker has a history of mental illness. Only days after the brutal attack, the Ministry of Culture and Gender Equality shared its concerns about the worrying developments regarding the rights of LGBTQI+ people in Norway. Although the level of tolerance has increased, in day-to-day life LGBTQI+ people continue to face discrimination, harassment and threats, as outlined in a recent study by the Directorate for Children, Youth and Families (Bufdir). On this basis, the Ministry stated that the rights cannot be taken for granted and that everyone should stand against any act of violence toward LGBTQI+ individuals. In the meantime, the Norwegian Government is drafting a new action plan to address inequalities and improve the quality of life for LGBTQI+ people.

We send our deep sympathies to the friends and families of those murdered and injured at the London pub in Oslo, and our solidarity with all Norway’s LGBTI community, and the organisers of Oslo Pride at this time of grief and fear. You are not alone.

On 5th July 2022, the Norwegian government put an end to oil and gas offshore workers' ongoing strike by proposing compulsory arbitration to prevent further loss in the production and export of gas. The authorities’ intervention raised concerns amongst civil society about the right to peaceful assembly. Previously, on 5th July 2022, 74 workers from Equinor‘s three offshore platforms - Gudrun, Oseberg East and Oseberg South - organised a strike after failed wage negotiations between the labour organisations and the employers’ organisation, the Norwegian Oil and Gas Association (Norog). The following day, the strikes continued with 117 workers demanding a pay increase in light of rising inflation, triggered in part by a jump in oil and gas prices since Russia’s invasion of Ukraine. The strikes resulted in the shutdown of three platforms and a significant decrease in the production of oil and gas.

Earlier, on 23rd June 2022, the European Union and Norway entered into an agreement aimed at ending the EU’s reliance on Russian fossil fuels and further strengthening their close cooperation in the field of energy through a long-term partnership. With the global energy crisis and soaring prices, the EU aims to secure energy independence through this agreement. On this basis, Norway will contribute to the EU’s energy security by delivering 25 per cent of EU gas consumption.