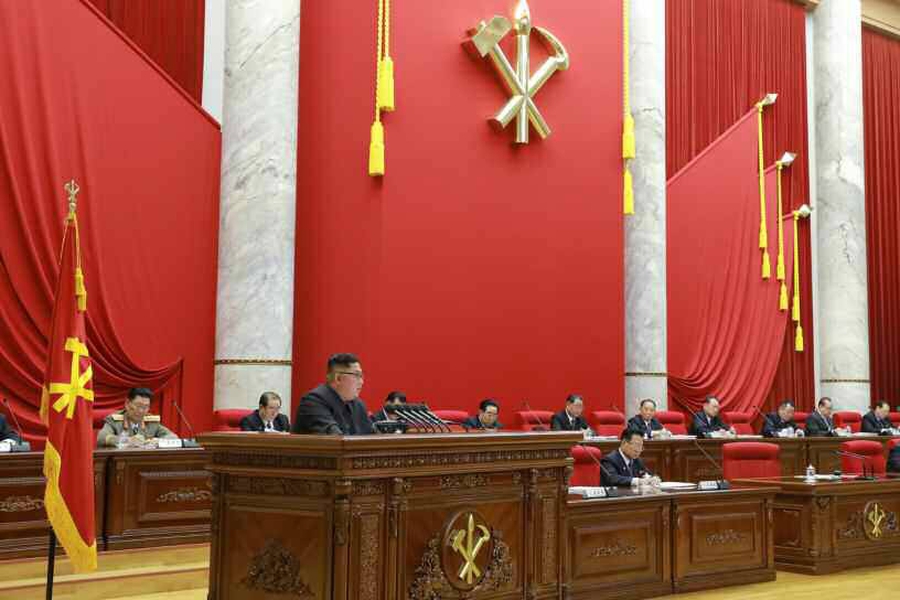 On 24th March 2022, the UN Human Rights Council adopted a resolution condemning North Korea's human rights abuses for the 20th consecutive year. The 47-member council passed the resolution by consensus during its 49th session in Geneva. The resolution condemned the North's continued rights violations including the denial of the right to freedom of opinion, expression and association, both online and offline - which is enforced through an absolute monopoly on information and total control over organised social life - and arbitrary and unlawful State surveillance that permeates the private lives of all citizens. It also highlighted worsening humanitarian conditions amid the coronavirus pandemic.

On 5th April 2022, the EU Parliament issued a resolution on North Korea condemning the decades-long systematic state repression by the present and past Supreme Leaders and administration of North Korea and the severe restrictions on the freedoms of thought, conscience, religion or belief, opinion and expression, peaceful assembly and association. It called on current North Korean leader Kim Jong-un to stop carrying out atrocious policies, which include extermination, murder, enslavement, torture, forced abortions, the forcible transfer of populations and persecution on political, religious and gender grounds. MEPs were also deeply concerned about the systematic violations of freedom of religion and belief.

After two years of insisting that it had not recorded a single case of the virus, North Korea admitted to its first infections on 12th May, sparking fears of a public health disaster in the impoverished country. On 1st July 2022, the country reported that 4,570 people were newly displaying fever symptoms, bringing the total caseload to 4.74 million. It has reported only 73 deaths.

In recent months the crackdown on anti-socialist behaviour has continued while the number of prisoners at North Korea’s notorious political prison camps has increased due to the detention of people who criticise the country’s COVID-19 quarantine policies. An NGO has released a list of nearly 600 people associated with human rights abuses in North Korea’s penal system to flag them for eventual prosecution, while a new report has found there is reasonable basis to conclude that Kim Jong-un and other North Korean officials should be investigated for crimes against humanity committed in the country’s detention centres.

North Korea’s central government has once again ordered “Unified Command 82” to intensify its crackdown on so-called “anti-socialist and non-socialist behavior,” including the watching of South Korean dramas and films. https://t.co/q3y32P5JHo #DPRK #NorthKorea pic.twitter.com/tIcMg8P8EV

According to the Daily NK, North Korea is intensifying its crackdowns on and punishments of “anti-socialist and non-socialist behaviour,” which it regards as a serious threat to the regime. North Korea enacted a law to eradicate “reactionary thought and culture” in late 2020 that punishes the importation and distribution of material from the outside world. And in July 2021, it enacted a law on youth education that targeted a younger generation influenced by “capitalist culture.”

North Korea organised a “unified command on non-socialist and anti-socialist behaviour,” the so-called “Unified Command 82,” which has been engaging in intensive nationwide crackdowns. In particular, it has been engaged in a merciless crackdown in the border regions of North Pyongan Province, Yanggang Province and North Hamgyong Province that is close to what one could call a “war of extermination.”

In May 2022, North Korean authorities began stopping young people at random on the streets of Pyongyang to inspect their cell phones, examining call histories, text messages, and even whether the phones contain banned music or video files. The emergence of these street inspections appears to be due to the increasing number of young people watching or listening to foreign videos or music, despite existing layers of controls and punishments directed toward those possessing content deemed problematic by the authorities.

In the same month, the authorities sentenced a woman in her 20s to two decades in prison for distributing large numbers of USBs and SD cards filled with South Korean movies, TV shows and other cultural items. According to a Daily NK source in South Pyongan Province, the woman — identified by her family name of Choe — was arrested by a strike force of the local branch of Unified Command 82.

In June 2022, it was reported that North Korea’s central government had once again ordered “Unified Command 82” to intensify its crackdown on so-called “anti-socialist and non-socialist behaviour,” including the watching of South Korean dramas and films.

According to the Daily NK in April 2022, the number of prisoners at North Korea’s notorious political prison camps has reportedly skyrocketed with the authorities dragging off to the camps people who criticise the country’s COVID-19 quarantine policies.

A source in North Korea told Daily NK on Monday that the number of inmates has recently climbed at political prison camps in Pyongsan, Bukchang, Hwasong and Kaechon. He said the inmate population at the camps climbed by about 18,400 individuals between October 2021 and late March 2022. According to the source, the inmate population climbed by about 8,000 in Kaechon (Camp 17), 4,100 in Bukchang (Camp 18), 2,700 in Hwasong (Camp 16), and 3,600 in Pyongsan.

According to a Daily NK investigation, there were an estimated 230,000 people in North Korea’s political prison camps as of July 2021. However, the inmate population climbed significantly between the fourth quarter of last year and the first quarter of this year. Unlike before, when most people who broke quarantine rules were imprisoned, there are more cases of people being locked up for criticising COVID-19 quarantine policies.

The source said that at the beginning of the pandemic, the authorities sent everyone who violated quarantine rules to political prison camps, while from the mid-part of the pandemic, it dragged off to the camps “quarantine violators”.

However, in addition to these two groups, the authorities are arresting people who criticise state policy with regard to COVID-19, people who speak or act in a politically ambiguous way and people who impede the implementation of disease-control policies, the source said. He said if people misspeak and criticise North Korea’s failure to adopt vaccines, comparing the situation to other countries, the authorities make an example of all of them by punishing them as spies.

Korea Future (@KFuturexhr) “has released a list of nearly 600 people associated with human rights abuses in North Korea’s penal system to flag them for eventual prosecution”, reports @erinhale in @AJEnglish.

In April 2022, the NGO Korea Future released a list of nearly 600 people associated with human rights abuses in North Korea’s penal system to flag them for eventual prosecution. The report details evidence of human rights violations committed against nearly 800 detainees across 148 facilities operated by the Ministry of People’s Security, the Ministry of State Security and the People’s Committee of North Korea. The abuse violates a wide range of international agreements on the rights of prisoners as well as those protecting civil and political rights.

Korea Future says it hopes that by naming officials and supplementing their list with a new database of evidence, they can encourage governments and others to move forward with prosecution or other measures, including Magnitsky-style sanctions, which target individuals suspected of the systematic violation of human rights.

Hyeonsim Lee, an investigator with Korea Future, said: “As justice actors around the world document the international crimes being committed in Ukraine today, they seek to challenge impunity, hold perpetrators to account, and ultimately fight for the sacred human values and norms that cannot be taken for granted. We seek to do the same for the crimes against humanity committed, both today and in yesteryears, and largely under the scene, in North Korea.”

A new report from the International Bar Association’s (IBA) War Crimes Committee and the Committee for Human Rights in North Korea (HRNK) in June 2022 has found there is reasonable basis to conclude that Supreme Leader of North Korea, Kim Jong-un, and other North Korean officials, should be investigated for crimes against humanity committed in the country’s detention centres.

The report is the culmination of a multi-year Inquiry on Crimes Against Humanity in North Korean Detention Centers. According to the report, those potentially liable for crimes against humanity include Kim Jong-un at the apex of the North Korean regime as well as high-level officials and lower-level guards. The full list of crimes under the Rome Statute of the International Criminal Court (ICC) that the judges concluded were likely committed in the country’s detention centres are: murder; extermination; enslavement; forcible transfer; imprisonment or severe deprivation of physical liberty; torture; sexual violence; persecution; enforced disappearance; and other inhumane acts. In the report, the judges call for urgent action, including the launching of an investigation by the ICC or a special international tribunal; the exercise of universal jurisdiction by national courts; and targeted sanctions against North Korean officials by the United Nations Security Council.