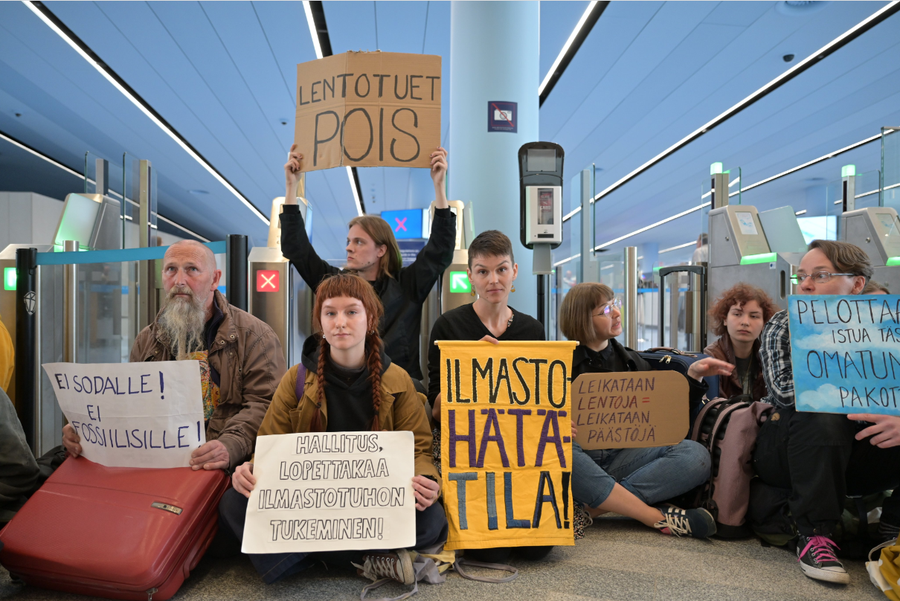 On 7th April 2022, 22 activists from Extinction Rebellion Finland (Elokapina) were ordered to pay fines for previous actions carried out during June 2021, in Helsinki. More specifically, the activists are accused of disobeying police orders and blocking a street (Mannerheimintie) in the Finnish capital city. The objective of their action was to call on the Finnish government to declare an ecological and climate emergency in the country and to move forward with its carbon neutrality goals set for 2025 to 2035. Police were accused of mistreatment by the protesters on that occasion.

According to Finnish law, public authorities can assess the disruption to traffic caused by a protest and can intervene to solve it. Therefore, in the view of the Helsinki District Court, the fact that the activists did not move from Mannerheimintie as requested by the police, was unlawful. Elokapina representative Liina Aalto-Setälä declared that the episode threatens democracy and the hope of future generations.

On 7th May 2022, 28 environmental activists from the Finnish branch of Extinction Rebellion, Elokapina, were taken into police custody for blocking access to the gates at the Helsinki airport. They are suspected of disturbing the peace and disobeying police. As part of Elokapina’s Overconsumption Uprising, the protesters targeted the airport to call on Finnair to reduce the air traffic in the country and demanded that Finland include all aviation emissions into its emissions reduction goal. In total, 60 people took part in the action at the airport and 30 other activists supported it from outside the airport. No passengers reportedly missed a flight as a consequence of the demonstration.