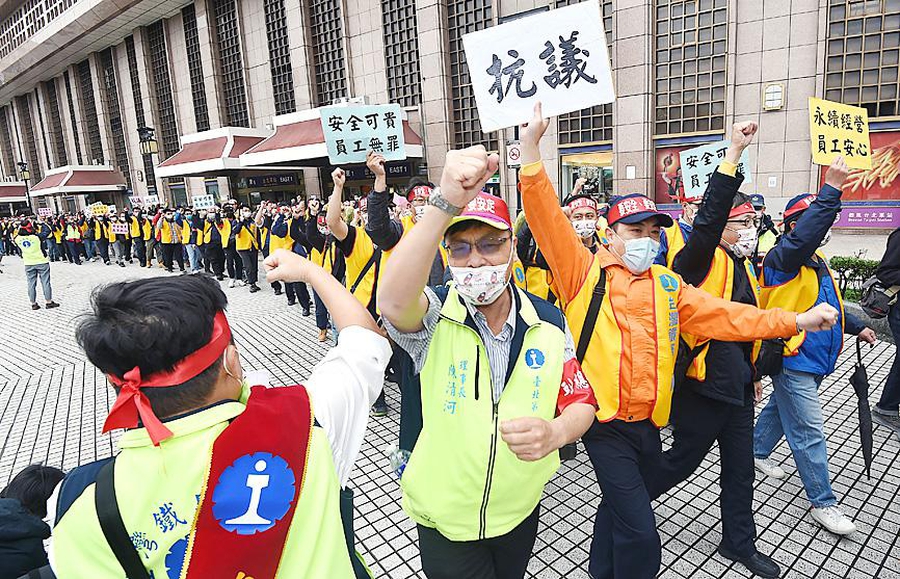 The state of civic space in Taiwan remains ‘open’ according to the CIVICUS Monitor.

On 5th May 2022, the cabinet unveiled Taiwan's first-ever national human rights action plan, which it says will prioritise issues such as transitional justice and a review of the country's refugee policies over the next two years. The plan aims to provide general guidelines for different government agencies as they make and implement plans pertaining to human rights.

An international panel of human rights experts reviewed Taiwan’s record on civil and political rights and on 13th May issued its concluding observations and recommendations. While the panel said that Taiwan “has substantially improved its human rights record over the years”, there are some long-standing issues to be addressed, including the use of the death penalty, allegations of torture against law enforcement officials, the lack of legislation that criminalises torture and the need to adopt a comprehensive anti-discrimination law that addresses the various types of discrimination. Human rights groups in Taiwan echoed the group's call.

In recent months, there have been protests by LGBTQI+ activists against the marriage law, migrant workers’ rights advocates in support of protections for caregivers and a railways union protesting plans to corporatise the agency. While there is press freedom, there is a very polarised media environment.

LGBT activists in Taiwan braved a Valentine's Day downpour on Monday (Feb 14) to protest against the island's same-sex marriage law, which critics say falls short of full recognition for many international couples.https://t.co/rGAgLCcRVC

On 14th February 2022, LGBT activists in Taiwan held a protest against the island's same-sex marriage law, which critics say falls short of full recognition for many international couples. Under the law, those from Taiwan may legally wed foreigners but only from countries that also recognise marriage equality.

Taiwan's courts have been open to considering challenges on a case-by-case basis, but that requires the presence of both partners - an impossible task for many as foreign tourists are banned during the pandemic.

Dozens of LGBT activists and couples gathered in front of Taiwan's seat of executive power to protest against the rules. They tied hundreds of yellow ribbons around the compound's metal gates - a reference to the 1973 hit song "Tie a Yellow Ribbon Round the Old Oak Tree", in which lovers yearn to be reunited. Each ribbon had the names and nationalities of separated couples, along with the number of days they have spent apart.

As previously documented, in 2019, Taiwan's parliament legalised same-sex marriage in a landmark vote that made the island the first in Asia to adopt such legislation. The law allowed same-sex couples to form "exclusive permanent unions" and a second clause allowed them to apply for a "marriage registration" with government agencies. The vote was a major victory for the island's LGBTQI community, who have campaigned for years to have similar or equal marriage rights as heterosexual couples

Demonstration to call for better protection for caregivers

On 8th March 2022, migrant workers’ rights advocates rallied in support of protections for caregivers, the majority of whom are women who make on average only NT$17,000 (USD 575) per month.

To mark International Women’s Day, the Migrants Empowerment Network in Taiwan gathered in front of the Ministry of Labour in Taipei calling for stronger legal guarantees for vulnerable caregivers.

According to the network, most caregivers in Taiwan are women, but their work is not covered by the Labour Standards Act Ministry. Data last year showed that 74.3 percent of caregivers reported not receiving any time off work. In the years before the COVID-19 pandemic, as many as 34 percent did not receive time off, meaning there are about 70,000 caregivers who have not had a break for years.

“The cost of employing a caregiver is borne by individual households, but they should be incorporated into the government’s long-term care and social welfare system”, said Taiwan International Workers’ Association specialist Betty Chen. “That would ensure that labour protections are afforded to migrant caregivers under the law, while also improving the quality of care”, Chen said. She added that a domestic services bill has been proposed to protect workers’ rights but has not been passed into law.

On 23rd March 2022, more than 1,000 Taiwan Railways Administration (TRA) workers protested the Ministry of Transportation and Communications’ plan to corporatize the agency, saying that the ministry drafted the statute establishing Taiwan Railway Corp without thoroughly communicating with the workers’ unions.

Members of the Taiwan Railway Labour Union (TRLU) and two other unions in the railway agency marched from Taipei Railway Station to the Legislative Yuan and handed a petition to lawmakers serving on the legislature’s Transportation Committee.

TRLU chairman Chen Shih-chieh said that the union organised the protest because the ministry sent the draft statute for legislative review without first reaching an agreement with the unions.

We hope that both the government and legislators can listen to the voice of TRA workers, who have qualms about the ministry’s plan to turn the agency into a state-run corporation,” he said. “We will decide what to do next if we do not get a goodwill response.”

The ministry and the union disagree on 12 articles in the statute, he said, adding that workers do not believe the ministry’s promises of better salaries and benefits.

Reporting the Taiwan Railway Union strike. At the heart of this protest is the corporatization of the Taiwan Railways Administration. The Gov’t believes it will help make trains safer. The Union says they were not consulted on the plan and fear their benefits would be affected. pic.twitter.com/tnlw1MTjYL

On 1st May 2022, more than 12,000 TRA employees, including 90 percent of its drivers, went on strike to protest against the law. TRLU initiated an industrial action in which it asked its members to take a rest day on Labour Day as they are entitled to, rather than follow their shift schedule, to force the government to recall from Legislature the draft bill on converting TRA into a corporation.

Taiwan’s ranking in the Reporters Without Borders (RSF) press freedom index has improved from 43rd to 38th place from 180 countries in new rankings issued by the organisation on 3rd May 2022.

According to RSF, Taiwan is a liberal democracy that generally respects the principles of media freedom, but its journalists suffer from a very polarised media environment dominated by sensationalism and the pursuit of profit. This hinders the work of journalists and can prevent citizens from accessing objective information.

It further added that despite the relatively good situation and lack of systemic security issues for journalists, in recent years some of them were targeted with lawsuits, as well as being verbally attacked following their reporting, and some politicians publicly disparaged the media.