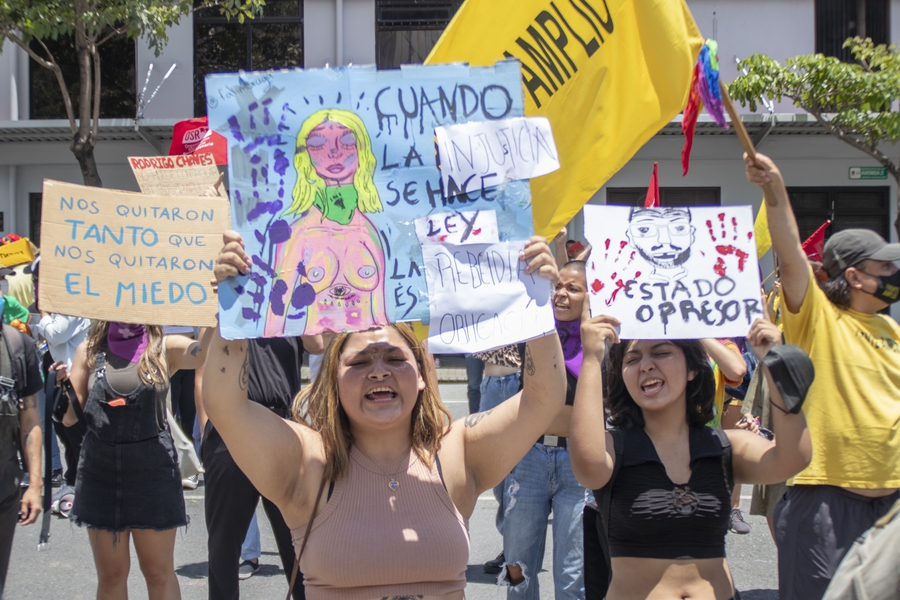 On 3rd April 2022, former finance minister Rodrigo Chaves of the PPSD party was elected President of Costa Rica in a run-off vote against former President José Figueres Ferrer. Days before taking office, Chaves said his government would not ratify the Escazú Agreement that establishes protection for environmental defenders, arguing it would not “benefit” the country. He was sworn in on 8th May 2022.

In April and May 2022, violence against Indigenous peoples in China Kichá continued to take place with impunity. As previously reported on the CIVICUS Monitor, over a dozen Cabécar Indigenous defenders were injured in an attack in February 2022. Land defenders in the region have warned about escalating violence since early 2022.

On 13th April 2022, a Cabécar teenager was threatened and physically assaulted. Two land defenders were threatened on 24th April 2022. On 30th April 2022, Darío Ríos, son of Indigenous leader Doris Ríos, was attacked with a knife and wounded behind the ear, in what Indigenous organisations said was a homicide attempt. According to news outlets, the young man ran when he felt the knife and defended himself with sticks. He was transferred to the hospital and received six stitches.

Just days earlier, on 21st April 2022, Doris Ríos had warned that she and her family were facing death threats. After the incident, she said local land defenders had demanded action from the police against the assailants’ repeated threats, but were instead met with tear gas. Land defender Jesús Villanueva was detained for alleged “contempt of authority” when demanding that authorities arrest the person who attacked Darío Ríos. He was reportedly beaten up by security forces during his detention.

On 27th April 2022, the Legislative Assembly approved Bill 20.799, the “General Law of Access to Public Information and Transparency.” The bill was nicknamed the “Gag Law” by the Costa Rican press because its Article 8 established a series of limits on access to information, including information on “prevention, investigation and sanctioning of criminal, administrative or disciplinary offences.” Critics said that this would prevent the press from publishing public interest information and undermine public sector accountability.

On 6th May 2022, President Carlos Alvarado partially vetoed the law. The government justified the decision, saying a number of clauses under Article 8 were vetoed because they “pose a risk to the full exercise of the right of access to public information and to freedom of the press, and are therefore unconstitutional.” The decision was welcomed by human rights and press groups. The Instituto de Prensa y Libertad de Expresión (Press and Freedom of Expression Institute – IPLEX) said in a statement that while these provisions were concerning, the new legislation also sets important parameters to enable access to information and reduces deadlines for responding to access to information requests.

Feminist groups organised a demonstration outside the National Assembly during President Rodrigo Chaves' inauguration ceremony on 8th May 2022. They protested violence against women and demanded respect for sexual and reproductive rights. A former senior official at the World Bank, Chaves was accused of sexual harassment by multiple women, was eventually demoted and then resigned.