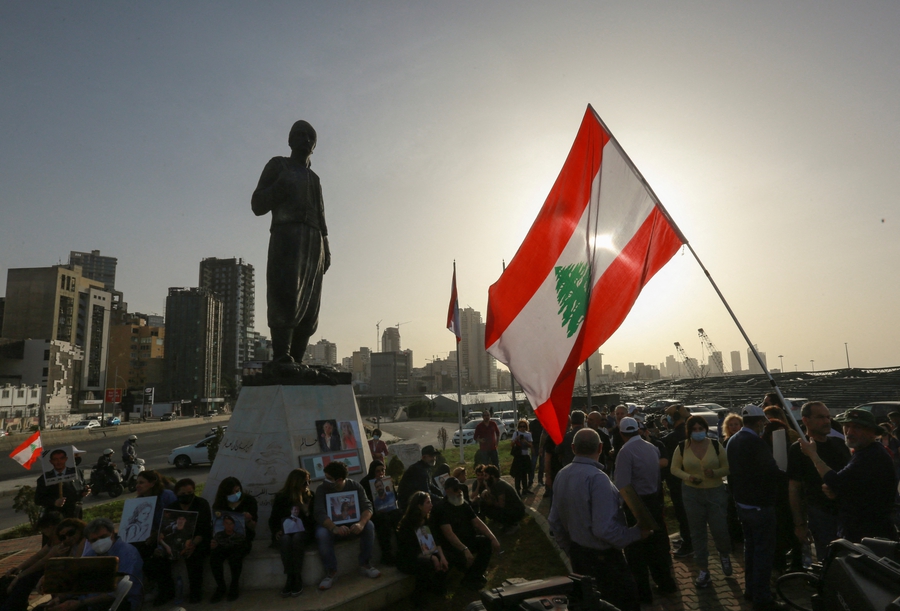 As documented by Civil Society Knowledge Center during March 2022, 93 collective actions took place in Lebanon: 57 sit-ins and demonstrations, 19 roadblocks, 13 strikes, 11 marches, five building blockades and occupation, and one online campaign. Of these, four collective actions were faced with repression:

The families of the fire brigade martyrs in the #Beirut port explosion staged a protest in front of Justice Minister Henri Khoury's home, denouncing his inaction regarding the obstruction of the investigation.
./1#BeirutBlast #BeirutExplosion #Lebanon https://t.co/qrgYjWZ0qm

On International Women’s Day, 8th March 2022, 49 members of the Media Freedom Coalition signed a joint statement calling attention to the safety of women journalists and media workers. The only member country of the coalition that did not sign the statement was Lebanon.

“Women journalists are disproportionately targeted by harassment, threats, sexist hate speech, trolling and violence. Many women journalists face multiple and intersecting forms of discrimination and gender-based violence because of other characteristics, including race, religion, ethnicity, sexual orientation, or gender identity.”

During the reporting period the following incidents against journalists were documented:

The Presidency of the Republic filed a claim against journalist Mohamad Nimer, the editor-in-chief of the Grand LB website. Nimer was summoned on Friday to appear before the Criminal Investigation Bureau at the Justice Palace this Monday.
./1#Lebanon #FPM https://t.co/WSiDMgjFuU

A few minutes ago I was released from the airport! I still don’t know why I was banned in the first place but THANK YOU to everyone who supported and advocated for my release. I love this community of amazing people in Lebanon. Thank you ♥️ pic.twitter.com/TuXKGq2Qyg

“We are deeply concerned over the circumstances surrounding Nada’s detentions, twice in five months and the attempts to distort her image. We call for an independent and transparent inquiry into the matter.”