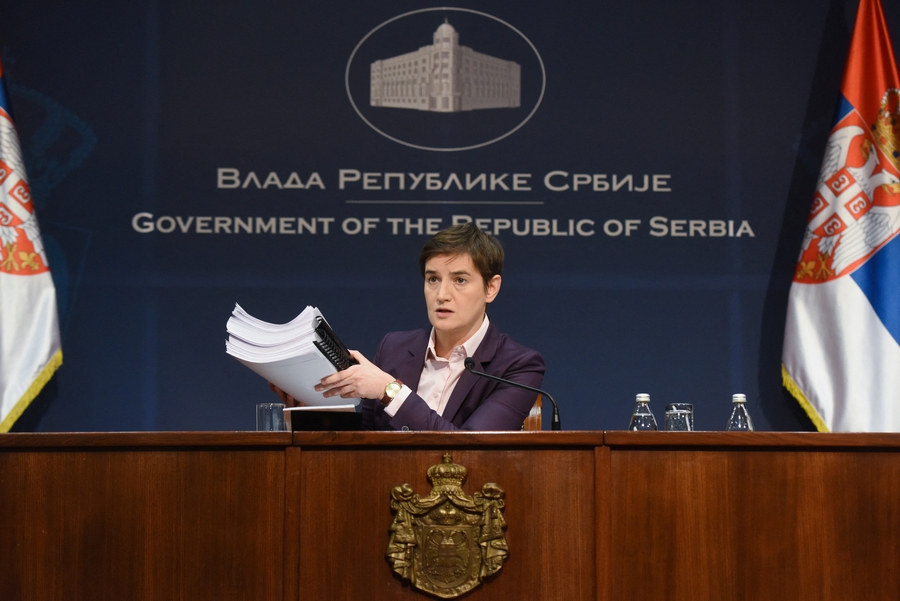 The Odbranimo Sume Fruske Gore association and the Fruskac Association, which have for years been campaigning against the irregularities in the purchase of land in the Fruska Gora National Park by the Galens company, have been sued by the company's owners. The company is demanding financial compensation and a prison sentence for Dragana Arsić from the Movement for the Defense of the Forests of Fruška Gora. CSOs consider this case a Strategic Lawsuit Against Public Participation (SLAPP).

Separately, the Pride Info Center (PIC) Belgrade reported that a man tried to vandalise their premises. Due to the prompt reaction of security, the man was prevented from causing major harm; he has been arrested by the police and the Ministry of Interior published an announcement the following day saying that it would submit a request for a misdemeanour proceeding to be initiated. The PIC, however, stressed that 12 cases of attacks have yet to fully proceed.

Separately, at a press conference discussing the government's decision to annul legislation related to the lithium exploitation project in Loznica, the Prime Minister of the Republic of Serbia Ana Brnabic made accusations against environmental associations and activists, and international donors, whom she called “hypocritical”. She accused donors of financing protests which are aimed at "breaking the spine" of Aleksandar Vucic. The embassies of the United States of America, Germany and Great Britain reacted to these accusations by issuing a joint statement rejecting the accusations; international organisations denied the claims as well.

Additionally, Serbian Interior Minister Aleksandar Vulin accused environmental activists and the organisers of a protest held on 15th February 2022 of being "foreign mercenaries". In particular, he accused activist Savo Manojlovic of having received one million Euros from Soros and of being "financed by Rockefeller". Moreover, the leader of the “Enough is Enough” political party, Sasa Radulovic, attacked CSOs in a series of tweets labelling them as “mercenaries” who are trying to “sell the Serbian country”.

Ahead of the upcoming elections, Djordje Miketic, a representative of the opposition coalition “Moramo”, claimed that many notaries canceled their planned trips to signature collection stations- the collection of a certain number of signatures is a prerequisite for participating in the upcoming local elections. For example, “Moramo” only opened 7 out of 14 planned stations in Belgrade, and in some rural areas no stations could be opened at all. Miketic explained that the ruling Serbian Progressive Party did not encounter such difficulties. The opposition list "Marinika Tepic - United for the Victory of Serbia" reported similar difficulties.

Several violations of the right to peaceful assembly were documented:

Attacks and intimidation against journalists

Separately, civic activist Aida Corovic was intimidated and physically attacked for the second time in a week. The latest incident occurred close to her home in Belgrade, while in the first case she was attacked during an interview with Dutch television RTL News near the mural dedicated to convicted war criminal Ratko Mladić. Both incidents were reported to the police.

In a further incident, Radio Television Kragujevac (RTK) signed an agreement on media coverage solely with actors who are part of the National Assembly of the Republic of Serbia, excluding actors who boycotted the past election or did not pass the electoral threshold.

In a recent court ruling, two thirds of the pension of the journalist Miroslav Jovanovic was confiscated due to unpaid debts stemming from lawsuits issued against the now closed newspaper "Svetlost". Despite the newspaper having paid all issued fines, Jovanović is now held personally responsible as well. According to him, the ruling does not uphold the freedom of expression and violates Serbia’s media laws.

During the process of collecting signatures for the upcoming elections, citizens reported incidents of exerted pressure and influence (e.g. employees of local public company being asked to come for “filling out papers” and collecting names of “safe voters”) from persons linked to the Serbian Progressive Party. Incidents occurred in Cacak, Vlasotince, Blace, Smederevo and Loznica, among other places.

Public officials and members of the Serbian Progressive Party have been conducting a smear campaign on social networks against opposition supporters. In this regard, Prime Minister Ana Brnabic attacked Ratko Ristic, the University of Belgrade vice-rector, on Twitter after he declared support for an opposition group, the “We have” coalition. Additionally, Defense Minister Nebojsa Stefanovic and SNS Presidency member Vladanka Malovic denounced the environmental activism of Savo Manojlovic via Twitter.

In light of the upcoming elections, the Bureau for Social Research (BIRODI) called on the Regulatory Body for Electronic Media (REM) to harmonise its monitoring methodology with OSCE standards, as a failure to do so would, according to BIRODI, continue the practice of a biased media sample selection.

According to media reports, an information stand of the Serbian Progressive Party in Batajnica was attacked; the attacker insulted the activists and sprayed paint on the stand. He was sentenced to four months imprisonment soon after the incident.