Vote of no confidence sparks protests 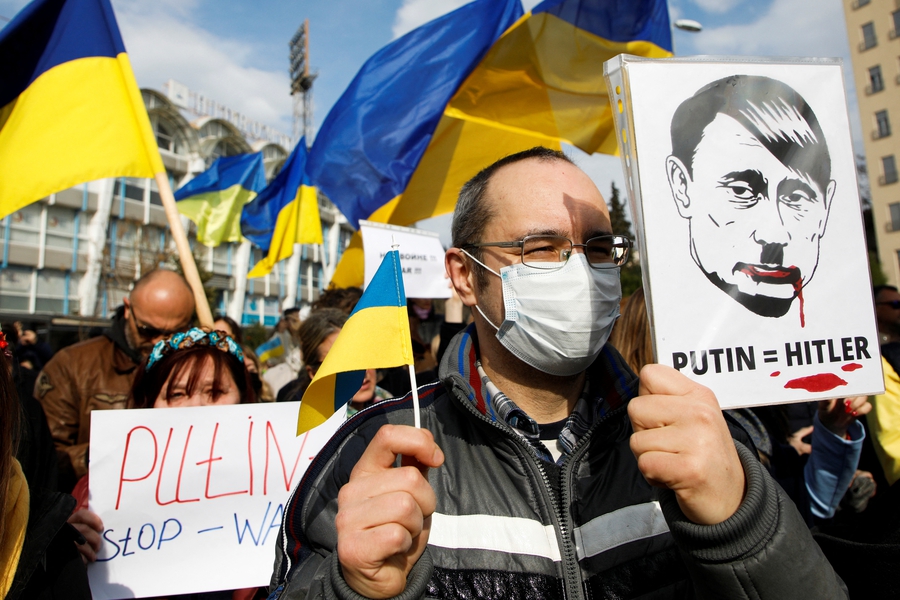 A rally in support of Ukraine is held (REUTERS/Stevo Vasiljevic via Gallo Images).

In January 2022, the Church of the Ascension of the Lord in Podgorica was vandalised with graffiti. According to the organisation Human Rights Action, the incident clearly demonstrates hate and religious intolerance, undermining the basic principles of democracy and human rights in the multi-ethnic Montenegrin society. The organisation urged the government of Montenegro to urgently adopt a comprehensive Strategy for Combating Hate Speech.