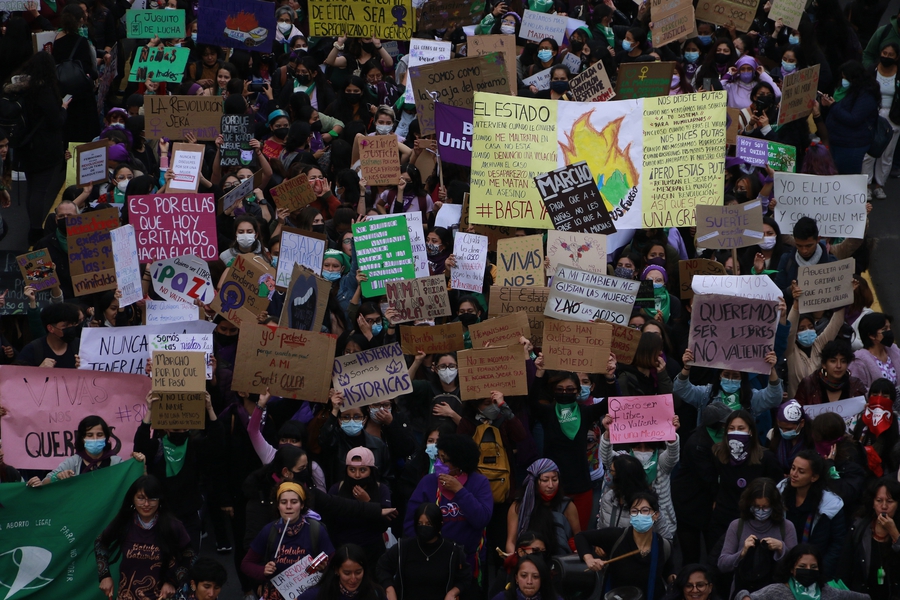 On 11th March 2022, the National Assembly approved a bill granting amnesty to 268 people who faced prosecution for their defence of land, Indigenous and environmental rights, and for their involvement in 2019 protests. The bill was approved by the plenary of the National Assembly with 99 favourable votes out of the 125 parliamentarians in attendance.

Among those benefitted by the amnesty, 153 are land defenders, 43 are environmental activists, 12 are Indigenous leaders criminalised for administering Indigenous justice and 60 others were more generally facing charges related to their involvement in the October 2019 demonstrations. Several defenders, such as Gabriela Fraga, Nancy Simba, Ángel Punina, Javier Ramírez and Jovita Curipoma, were cleared of charges related to resistance against extractive industries. Civil society groups also highlighted the case of Víctor Guaillas, a water defender who had been detained on charges of ‘sabotage’ in 2019, for whom amnesty came too late. Guaillas was one of the 62 people murdered in November 2021 amid a riot in a Guayaquil prison.

Ecuador’s Human Rights Alliance (DDHH) called the move a “historical precedent against the criminalisation and prosecution of rights defenders.” In a statement, the coalition said that this amnesty “means vindicating the right to truth and justice for those who exercise the right to defend human rights” in a context of recurrent criminalisation of these actors.

In a separate but related development, in December 2021 President Guillermo Lasso had made stigmatising statements about social movements and Leonidas Iza, the president of the Indigenous confederation Confederación de Nacionalidades Indígenas (CONAIE). Iza and former CONAIE president Jaime Vargas were among those facing prosecution related to October 2019 protests, and were both granted amnesty in March 2022.

On 21st December 2021, during a weekly broadcast programme in which he discusses government initiatives, Lasso called Iza “an anarchist” and “a violent man,” and claimed that the Indigenous leader “hates democracy.” The President accused the CONAIE leader of incentivising violence during the October 2019 protests. Lasso also said his government would use all the power of the state to jail “those who want to anarchise this country, disrupt public services, and deepen an economic crisis that has already been affected by the pandemic.”

Lasso repeated his statements in a programme aired on 4th January 2022, calling Iza “an enemy of Ecuadorean democracy.”

Exciting news!
On Friday, the Constitutional (Supreme) Court of Ecuador, the country’s most powerful court, recognized, for the first time, the right of Indigenous communities to have the final decision on oil, mining and other extractive projects affect their lands.

On 27th January 2022, Ecuador’s Constitutional Court confirmed the violation “of the rights to prior consultation, to nature, water, a healthy environment, culture and territory, as well as comprehensive reparation measures”, regarding the A’i Cofán Indigenous people of the Sinangoe community in relation to mining concessions that affected their ancestral territory without their free, prior and informed consent. In their ruling, the country’s highest court reaffirmed the state’s obligations in consultation processes on plans and projects that affect Indigenous peoples’ rights and interests.

Indigenous communities and organisations have led the international campaign “Who Should Decide?”. Just days before this court ruling, they delivered more than 365,000 signatures to the Constitutional Court asking the Court to protect the right of Indigenous peoples to decide on the future of their ancestral territories.

International group Amazon Frontlines said that the Constitutional Court ruling recognises “for the first time, the right of Indigenous communities to have the final decision over oil, mining and other extractive projects that affect their lands.” The organisation also evaluated that Ecuador “now has one of the most powerful legal precedents in the world on the internationally recognised right of Indigenous peoples to Free, Prior and Informed Consent.”

On 8th March 2022, hundreds of women joined demonstrations commemorating International Women’s Day, calling on the authorities to protect and guarantee women’s rights. Among the key demands of this year’s marches, feminist movements advocated for the sanctioning of a law passed by Congress in February 2022 that would guarantee access to abortion for rape victims.

According to Human Rights Watch (HRW), Ecuadorean police responded to peaceful demonstrations in Quito and Guayaquil with excessive force, including with indiscriminate use of teargas and pepper spray. Viviana Erazo, a journalist with digital media outlet Wambra, was covering a protest in Quito when a police officer reportedly cornered and struck her with a club. Erazo told HRW she was then hit with pepper spray as she attempted to move away.

On 15th March 2022, President Lasso partially vetoed the abortion law and sent it back to Congress, which has 30 days to consider his proposed amendments. In his veto, the president said that medical professionals should be allowed to make “conscientious objections” to performing the procedure. The president also called for a unified time frame in which victims of sexual assault are able to seek abortions. As previously reported on the CIVICUS Monitor, the termination of pregnancy in cases of rape had already been decriminalised since April 2021 by a ruling of the Constitutional Court. What remains pending is legislation establishing legal requirements for the implementation of this right.

Legislation on the use of force under debate

On 25th January 2022, Ecuador’s government presented draft legislation on security and the use of force, the ‘Organic Law on Integral Security and Strengthening of the Public Force’. The law would regulate the progressive use of force by law enforcement and establish legal mechanisms for their protection.

The initiative was met with some concern from human rights groups, who called on lawmakers to limit the use of force by security forces – in particular by the Armed Forces. Sylvia Bonilla, representative of the DDHH coalition, said that the roles of police and the Armed Forces should be differentiated, with the latter only taking part in activities such as humanitarian work and control of strategic extractive sectors when a state of exception is in place.

On 16th February 2022, a discussion of the bill in the Commission on Sovereignty and Integral Security focused on the use of force in the policing of demonstrations. Among the topics of debate were the use of lethal weapons in violent protests and the possibility of using technology such as drones in the policing of protests.

In January 2022, the National Assembly of Ecuador began discussions on the draft for a new communications law, the ‘Organic Law for the Guarantee, Promotion and Protection of Freedom of the Press, Opinion, Expression and Communication’. The legislation would replace the 2013 Organic Communications Law, which in the past was used to silence and harass media outlets and journalists. As previously reported on the Monitor, several separate initiatives aiming to replace the current law had been tabled by different proponents. A National Assembly Commission worked on a unified bill harmonising aspects of the different projects.

Following the draft’s first debate, the Commission continued to receive inputs from multiple stakeholders and on 24th March 2022 it presented a report to the National Assembly in preparation for a second debate.