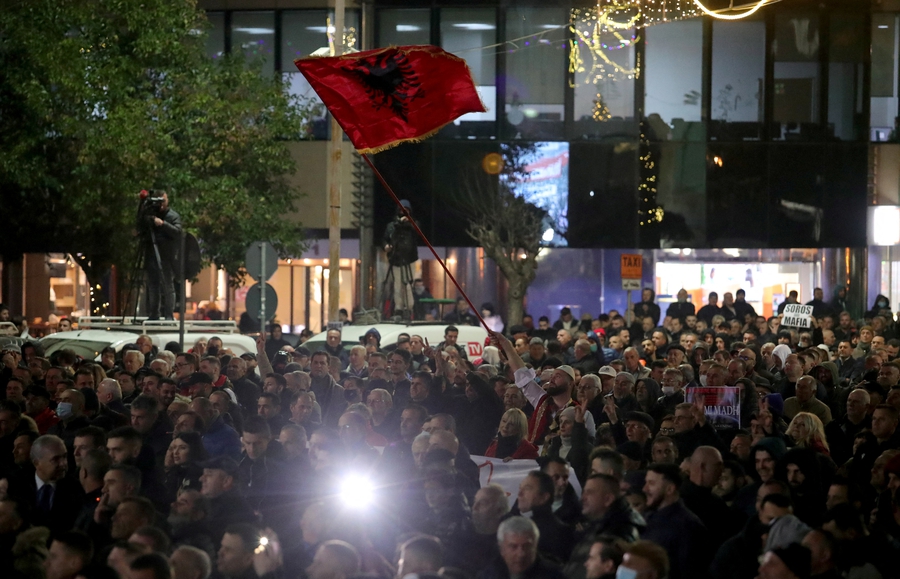 Erion Veliaj, the Mayor of Tirana, accused the President of the Albanian Football Federation (FSHF) Armand Duka of corruption and rigging elections for the institution’s head. Duka, who has run the FSHF for 20 years, has faced allegations of corruption and lack of transparency.

The FSHF responded to the Mayor by accusing him of interfering in the elections. Just after these public accusations, an explosion at Duka’s home damaged his gate while his wife was at home. Duka affirmed that he did not know who could have placed the explosive. A month after these events, prosecutors launched an investigation into the FSHF on suspicions of abuse within the institution.

In reaction to the consultations on the first regional call of the IPA Civil Society Facility (CSF) and Media Programme 2021-2023, the Balkan Civil Society Development Network (BCSDN) stated that the call did not adequately address the necessity of “supporting CSOs in protecting civic space and countering democratic relapse”. Moreover, it stated that the call did not place a strong enough focus on the long-term support of CSOs and that opportunities for local CSOs to have regular and clear structured consultations with EU bodies were lacking.

In January 2022, protests led by former Democratic Party (PD) leader Sali Berisha turned violent after hundreds of protesters broke into the party’s headquarters during clashes with staff members and had to be dispersed by police with the use of water cannon and tear gas. Tensions inside PD emerged after current party leader Lulzim Basha expelled Berisha from the party’s parliamentary group in September 2021 as a consequence of the US government sanctions against him for previous involvement in corruption. Basha condemned Berisha for the violence, while Berisha denied this accusation and attacked several international media for their reporting of the events. 34 people have been arrested for their role in the protest. Both Basha and Berisha have been called by prosecutors to testify about the protests, with the latter announcing a new gathering in Shkodra.

In December 2021, Berisha organised other protests not linked with this intra-party squabble, but with the Open Balkan initiative, whose summit was held in Tirana, which he considered the “robbing of the nation”. During the protests, a Serbian flag was burnt.

Separately, a group of activists protested outside the Ministry of Education after Minister Evis Kushi announced he would close schools throughout the country due to low temperature forecasts. They accuse the government of being unable to provide adequate heating for schools, of not allowing teachers to complain and of misusing taxpayers’ money.

Protests were held in Morave and Kucova by local residents against plans to expand a NATO airfield on their land, as the compensation offered by the government was considered insufficient.

An article written by Isa Myzyraj for Exit.al documents stories of journalists and conditions of informality under which they are forced to work, in line with the general fragile climate in which the Albanian media have been working for the last few decades. For this reason, some journalists have founded the “Movement for Journalists” group, with the aim of promoting the adoption of a legal framework “On the Status of Journalists” in order to guarantee their fundamental rights and freedoms.