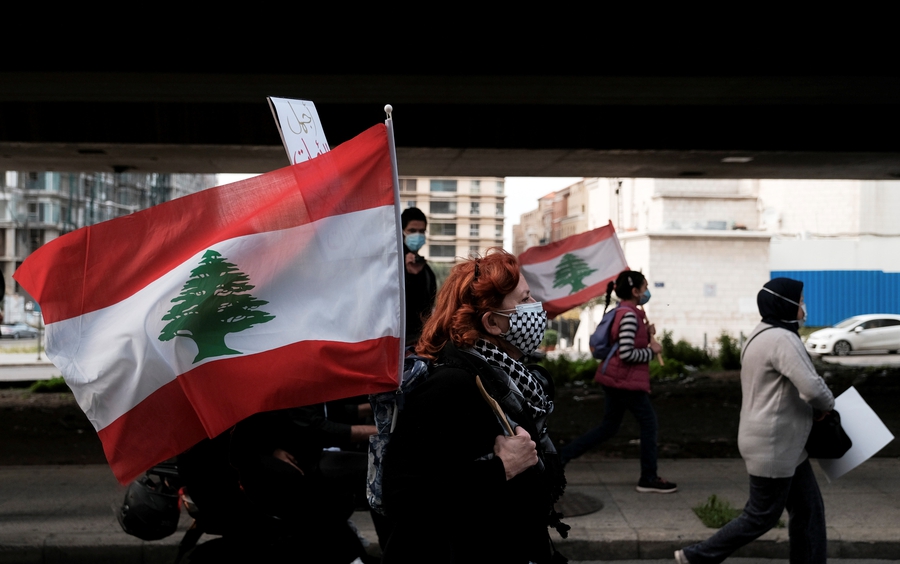 The World Report 2022 by Human Rights Watch, released in January 2022, highlights the worsening situation in Lebanon.

“The clear indifference of Lebanese policymakers to the suffering of the population amid one of the worst economic crises in modern times borders on the criminal. The international community should use every tool at its disposal to pressure Lebanese policymakers to put in place the reforms necessary to pull Lebanon out of this crisis, including by imposing sanctions against leaders responsible for the ongoing grave human rights violations,” said Aya Majzoub, Lebanon researcher at Human Rights Watch.

The report highlights that 80 percent of Lebanon’s population now lives under the poverty line, with 36 percent in extreme poverty – up from 8 percent in 2019. Yet, Lebanese authorities have stubbornly refused to carry out any reforms to mitigate the impact of the crisis, and they have repeatedly delayed promised social protection plans. It adds that no one has thus far been held accountable for the August 2020 Beirut explosion and that officials have cracked down on freedom of opinion and speech.

In mid-December 2021, the Administration and Justice Committee adopted an amended version of the bill on the independence and transparency of the judiciary. However civil society groups indicate that the new bill is deficient and falls short of achieving judicial independence and protecting the right to association. As reported by the Legal Agenda, the bill limits judges’ freedom to establish associations with the requirement that the subject matter of an association not conflict with the Supreme Judicial Council’s powers. This is a grave and unjustified requirement, especially as the bill includes among the SJC’s powers watching over “judges’ moral and material rights” and “anything related to judges’ independence”. As a result, judges’ freedom to establish associations is restricted to recreational and cultural clubs.

Several protests were documented during this period:

With the general elections taking place in May 2022, media experts and activists fear that politicians will undermine the democratic process “by spreading and amplifying disinformation across social media”. The Skeyes Center for Media and Cultural Freedom notes that while Lebanon’s press freedom is still relatively strong for the region, it has been eroded in recent years, dropping five places in last year’s Reporters Without Borders’ World Press Freedom Index. Part of this drop also comes from the actions of the Lebanese government who, in addition to spreading disinformation, are also suppressing criticism.

Additionally, at the end of January 2022, Reporters Without Borders referred incidents of violence against journalists in Lebanon to the UN, noting that there have been 28 journalists who have been victims of serious threats or acts of violence. In particular, RSF highlighted the murder of journalist and political analyst Lokman Slim who was killed in February 2021, with the investigation into his murder failing to yield any leads.

“Independent, impartial and thorough investigations must be carried out into all acts of violence and crimes against journalists,” said RSF advocacy director Antoine Bernard. “Journalists are paying a high price for the culture of impunity that prevails in Lebanon. It is essential that those responsible for these crimes are identified, prosecuted and convicted.”

In early December 2021, UN Special Rapporteur on the situation of human rights defenders (HRDs) together with the Special Rapporteur on the human rights of migrants; and the Special Rapporteur on the Independence of Judges and Lawyers issued a joint statement highlighting the use of threats and intimidation in the country against HRDs. The statement refers to the case of Mohammad Ahmad Samir Sablouh, a human rights defender and lawyer who has worked to assist victims of torture, arbitrary detention and Syrian refugees facing deportation. He has been targeted by the General Security Directorate and the Government’s Commissioner to the Military Court in relation to his legal work and inputs for a report by Amnesty International on Syrian refugees who had allegedly been arbitrarily detained on terrorism-related charges and tortured in Lebanon.

“I am extremely concerned at the use of threats and intimidation that risk undermining the right to freedom of opinion and expression and the legitimate work of lawyers,” the UN Special Rapporteur on the situation of human rights defenders.

Despite the calls of the Special procedures, the situation of human rights activists remains concerning.

Several cases against journalists and activists critical of the government have been documented.