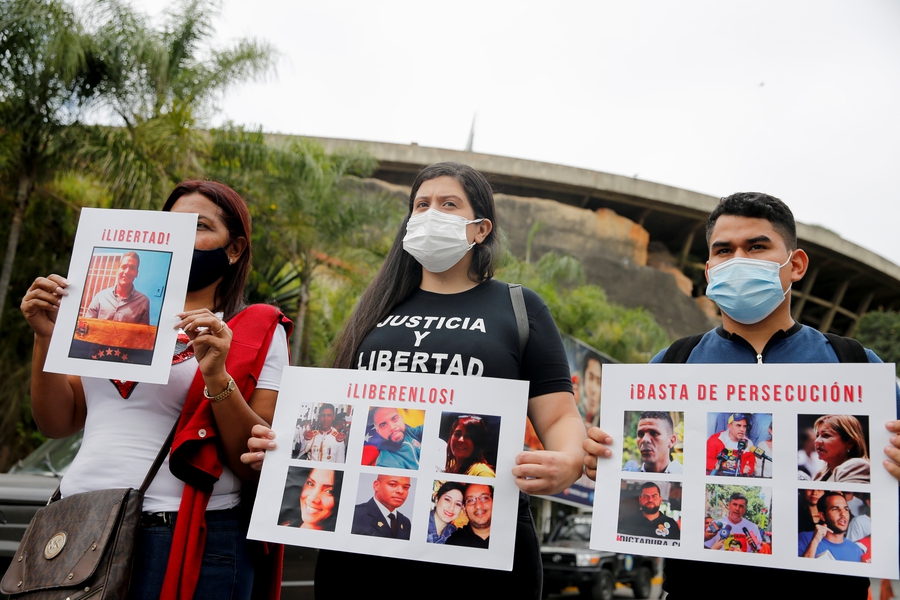 On 4th November 2021, the International Criminal Court (ICC) announced the opening of a formal investigation into allegations of torture and extrajudicial killings committed by Venezuelan security forces under President Nicolás Maduro. While Chief Prosecutor Karim Khan did not outline the scope of the ICC’s investigation, it follows a preliminary probe started in February 2018 that focused on allegations of excessive force, arbitrary detention and torture by security forces in the context of demonstrations and related political unrest since 2017.

Civil society organisation Programa Venezolano de Educación-Acción en Derechos Humanos (PROVEA) applauded this decision, saying that it gives hope of justice to victims. PROVEA said that an ICC investigation provides the possibility of an impartial and independent review in cases of crimes against humanity, which until now had been beyond the reach of most people affected by these crimes. Amnesty International also asserted that the ICC Prosecutor’s primary consideration in opening an investigation must be timely and effective justice for victims. Erika Guevara-Rosas, the organisation’s Americas Director said:

“Above all, the Prosecutor’s approach must ensure that the rights to justice of victims and survivors of human rights violations in the country are respected and fulfilled by the Court and in Venezuela. It is paramount that human rights defenders who have sought justice at the ICC should be protected against any reprisals.”

In that regard, 112 civil society organisations signed a statement denouncing harassment and persecution against those who contributed to the International Criminal Court’s preliminary examination. They said that the country’s authorities have carried out smear campaigns to intimidate human rights defenders and victims who cooperated with the ICC, with the aim of inhibiting them from providing testimonies.

According to human rights organisation Foro Penal’s update, 252 people were in detention for political reasons in Venezuela as of 1st November 2021. 237 of these were identified as men and 15 as women. Among them there was at least one minor.

In September 2021, Foro Penal also published a report on women victims of political repression in the country. Between January 2014 and September 2021, the report said, a total of 1,751 women were reportedly victims of politically motivated arrests. The vast majority of these were civilians detained during protests. 90 of them were teenagers at the time of detention. Foro Penal reported that many of the women detained are subjected to ill-treatment, lack access to medical attention and are obstructed from receiving visits from their families. The organisation also underscored the reports that family members of political prisoners face humiliation when visiting their relatives.

On 10th September 2021, a court in Nueva Esparta acquitted journalist Braulio Jatar of money laundering charges, which were used to judicially harass him for five years. Jatar spent almost three years in detention and house arrest while the judicial proceedings were ongoing. He was conditionally released in July 2019.

On 14th October 2021, a criminal court in Caracas issued an arrest warrant for journalist Roberto Deniz, editor at digital investigative reporting outlet Armando.Info, who is in exile in Colombia. As reported by the Committee to Protect Journalists (CPJ), the warrant said that Deniz is being investigated under the Anti-Hate Law for “inciting hate,” but did not provide details on the reporter’s alleged criminal conduct. On 15th October 2021, agents from Venezuela’s criminal and forensic investigative police bureau raided the home of Deniz’s parents in Caracas and took his brother into custody for questioning. Deniz said on Twitter that authorities were seeking to detain him over his coverage of alleged corruption involving businessman Alex Saab and Nicolás Maduro’s government.

On 17th September 2021, the National Assembly approved a Law on Transparency and Access to Public Interest Information proposed by Venezuela’s ruling party. As reported by civil society organisations, the legislation’s approval took place within three days of its presentation, in an expedited process that lacked public consultation and transparency. The law was published in the country’s Official Gazette (Extraordinary edition No. 6649) on 20th September 2021.

Regional coalition Alianza Regional por la Libre Expresión e Información (Regional Alliance for Free Expression and Information) said the law does not meet international standards in guaranteeing the right of access to information. Concerning aspects of the law include: it does not expressly establish that the confidentiality of information should be the exception; it does not promote active transparency, either through open access formats or the definition of the minimum information that public bodies must disseminate; and it does not provide for the creation of a guarantor body.

Power cuts and infrastructural issues continued to affect internet access in Venezuela in November 2021. On 2nd November 2021, Internet Observatory Ve Sin Filtro reported on a power outage in Venezuela which affected the internet connection in Mérida, Táchira, Aragua and Carabobo. National electricity agency Corpoelec did not provide information on the causes of the power failure. According to civil society organisation Espacio Público, internet infrastructure in Venezuela is reduced for reasons such as lack of maintenance. Internet services have also been irregular because of electricity rationing and power cuts.

Separately, in their monthly report, Espacio Público documented 20 cases of violations of freedom of expression in Venezuela in October 2021. The main violation in the period was censorship. The organisation also registered cases of bureaucratic restrictions and intimidation. In one case, regulator Conatel suspended radio programme Despertó Amazonas under threats of shutting down the radio station which aired it, Melquisedec 99.1 FM. The regulator also censored five other radio programmes and confiscated equipment from one radio station, Genial 89.9 FM in Portuguesa state. In addition, the report also recorded cases of obstruction of journalistic work and intimidation of journalists by public officials and law enforcement, in particular while reporters covered municipal elections.

A report on Venezuela to the 77th General Assembly of the Inter American Press Association (IAPA) expressed concern about intensified repression of freedom of expression. The report highlighted continued censorship of independent media and persecution of journalists. Citing data by the National Union of Press Workers (SNTP), the report underscored thatduring Maduro’s time in power between 2013 and 2018, 115 media outlets have disappeared.