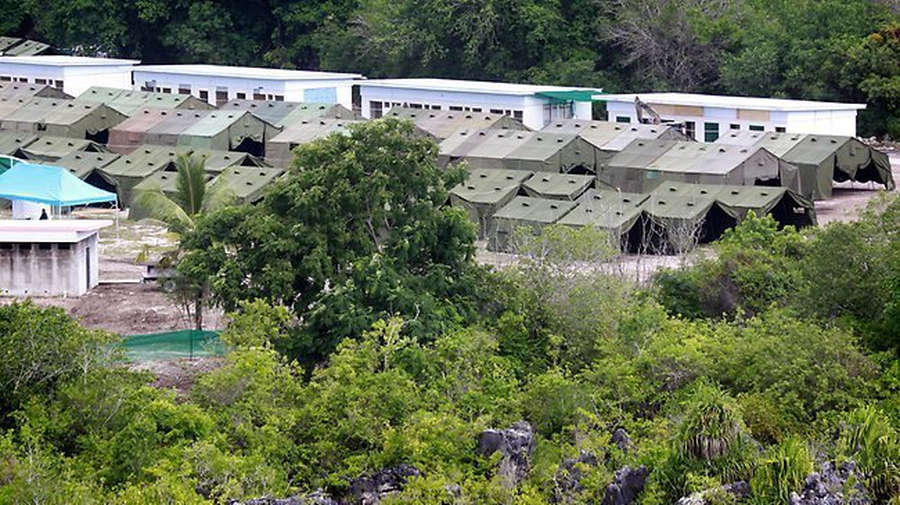 Human rights groups have slammed plans to maintain “an enduring form” of offshore processing for asylum seekers on the island state of Nauru.

In September 2021, Australian Home Affairs Minister Karen Andrews and the president of Nauru, Lionel Aingimea, quietly announced they had signed a new agreement. However, the text of the new agreement has not been made public.

The deliberate opaqueness is intended to make it difficult to hold the government to account for these human and other costs.

Human rights groups have called Australia’s policy of detaining migrants offshore a violation of international rights laws. And the United Nations has urged Australia to resettle those migrants being housed on both islands following reports of self-harming and attempted suicide by residents of the centres. Since 2014, 13 people have died after being detained in Australia’s detention centres in Papua New Guinea and Nauru, some from suicide.

Jana Favero from the Asylum Seeker Resource Centre said the new memorandum of understanding only extended a “failed system”. She added:

The new agreement will mean Australia will stop processing asylum seekers at offshore detention centres in Papua New Guinea, which has been criticised by human rights groups, but will continue handling them on the island of Nauru.

As of the end of July 2021, 124 asylum seekers remained in Papua New Guinea and 107 in Nauru, according to government data.

Editorial: After sustaining his burns, the care available to Iranian refugee Omid Masoumali was well below what could be expected in Australia. He was flown to Brisbane, but it was too late. His death was preventable. #SatPaper https://t.co/sx52aRok5H

A Queensland court found that an Iranian refugee, who set himself on fire in 2018 on Nauru in protest at his indefinite detention, would almost certainly have survived if he had been better cared for, or transferred more quickly to an Australian hospital.

Iranian refugee Omid Masoumali suffered significant burns after self-harming while he was on the island. After initial treatment at the Republic of Nauru hospital, the 24-year-old was transported to Royal Brisbane Hospital, arriving 31 hours later. He suffered burns to 50 per cent of his body and was later declared dead as a result of organ failure.

On 1st November 2021, State Coroner Terry Ryan said that the Republic of Nauru Hospital was not adequately equipped to handle Masoumali's severe injuries. He added: “If Omid received appropriate monitoring and ventilation before he was transferred [to Brisbane] … his chances of survival, while not assured, would have been greatly increased.”

Masoumali arrived in Australia by boat in September 2013 and was sent to Nauru 10 days later. His claim for protection was formally recognised in 2014: he had a well-founded fear of persecution in Iran, and Australia was legally obliged to protect him.

As previously documented, in February 2020, the International Criminal Court (ICC) found that detention conditions of refugees in Nauru and Papua New Guinea may constitute a breach of international law. This detention appears to amount to “cruel, inhuman or degrading treatment”, according to the Court.