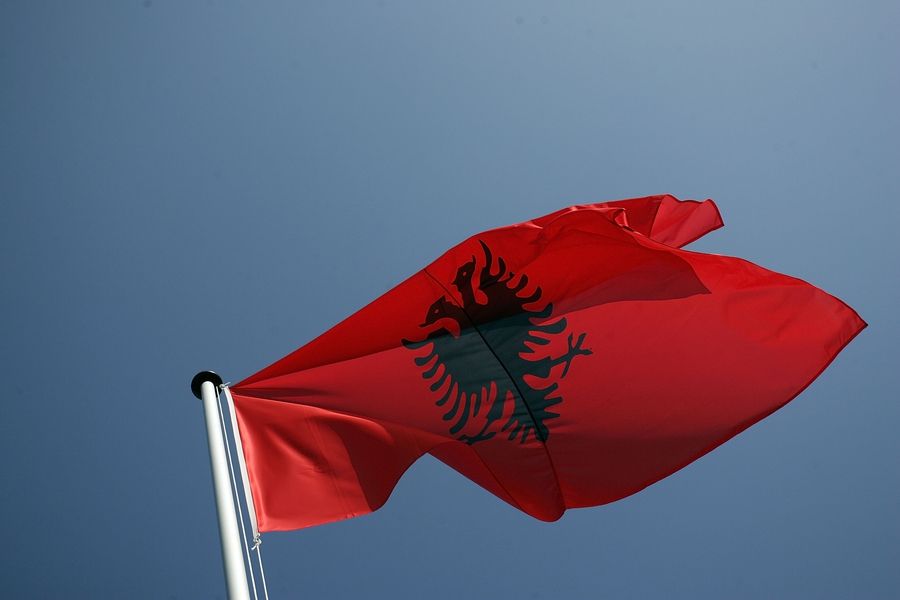 On 24th August 2021, miner and trade unionist Beqir Durici won a lawsuit for unfair dismissal against the Albchrome mining company. Beqir and two other miners, including Elton Debreshi claimed that the company fired them without legal basis for forming the United Miners Syndicate of Bulqize, a trade union, in 2019. The first instance decision is considered a landmark judgment strengthening workers’ rights and freedom of association. Days later, on 27th August 2021, Elton Debreshi, head of the United Miners Union of Bulqize and an independent candidate in the 2021 General Elections, had his car attacked with a bomb. Debreshi was not injured. This is not the first time Debreshi had been attacked - he and his fellow unionists have experienced various forms of intimidation and harassment since starting their activism.

In a report drafted by the International Trade Union Confederation, Albania has been labelled as a country that “regularly violates workers’ rights”. The report specifically names the AlbChrome mining company as particularly worrying. There have been several deaths and injuries of workers at the company; workers who have tried to organise themselves in unions were threatened and in some case they were even dismissed and targeted by legal actions.

On 26th August 2021, the High Judicial Council issued a press release providing an opinion on the Law no. 80/2021 (“On the registration of non-profit organisations”). The court stressed the necessity to implement all requirements deriving from the law, notably a functioning registration system for NGOs, as well as a transparent system for reviewing applications. Moreover, the lack of allocated funds for achieving the objectives of Law no. 80/2021 has been criticised.

Separately, according to the 2020 Civil Society Organisation Sustainability Index Albania, CSOs were excluded from the decision-making process at the beginning of the COVID-19 pandemic. Among other developments, this practice led to severe restrictions of fundamental rights, posing concerns on the legality of the measures introduced. Moreover, the quality and quantity of financial support available to CSOs decreased by 40% compared to the past five years.

Ervi Kosta, Research Assistant at the Albanian Centre for Economic Research, identifies the main issues which CSOs face in Albania as: fragmentation, lack of influence on the community and stakeholders, politicisation, limited resources and conditionality by donor priorities, insufficient public trust in civil society actors and limited expertise in government relations.

An Albanian Intelligence Services report found that aggressive disinformation and misinformation campaigns, negatively affecting the response and public perception of the real danger of the pandemic, occurred during the first outbreak of COVID-19 in 2020. The report accuses NGOs, online media and social media of being the main channels for spreading misinformation related to the pandemic.

"We cannot close our eyes to such environmental masks which harm us all, so we ask for the immediate prosecution of responsible persons, who do not respect the decisions of state institutions and do not ask about the natural damage they cause to this country…” (translated from Albanian)

“Institutional mechanisms have failed as long as they are unable to protect people’s lives, in this case Sabrina, girls and other women. The school system, the entire justice system and the social protection system have failed. We are talking about cases that could have been prevented,” Ines Leskaj, head of the Albanian Women’s Empowerment Network, told BIRN.

According to a report issued by Balkan Investigative Reporting Network (BIRN) on the Freedom of Information (FOI), governments across the Western Balkans lagged behind the standards of good practices on FOI. Additionally, a serious backsliding on the implementation of information laws has been observed. The Albanian Ministry of Health has been named as a negative example in this respect.

According to the Civil Society Organisation Sustainability Index Albania, freedom of expression was restricted during the pandemic as “the State Health Inspectorate twice fined and then ordered the closure of Ora News TV for violating government-imposed COVID-19 restrictions by having invited more than one guest on a talk show.” (see previous updates).

“I am horrified to discover that even after doing part of the police’s job for them, they have not made a single step of progress in over a month. In recent years, there have been zero convictions for crimes against journalists which sends a terrifying message. It shows that 1) the government don’t care about the lives of journalists, and 2) that crimes against us can be committed with impunity.”

#Albania: @ExitExplains co-editor Alice Taylor (@The_Balkanista) received death threats on twitter. This is not the first time Alice has been on the receiving end of such vile threats. #CFWIJ demands an immediate investigation into the matter! pic.twitter.com/1S0oTf2pti

On 18th September 2021, the Albanian government approved the creation of a new agency centralising control over public relations and government information. The new Agency for Media and Information is tasked to conduct public and media relations for every ministry and other central institution. Under new rules, ministry spokespersons will be prohibited from talking to the press directly and all information or comment provided must be approved by the new director general, who has the equivalent status to the minister of state. This position will be taken on by Endri Fuga, Prime Minister Edi Rama’s long-time communications chief. Additionally, it has the responsibility to decide on HR related issues, including the appointment of spokespersons, with the competent authority for approval of such decisions being the Prime Minister. On 28th September 22021, a letter of concern on this issue was sent by the European Federation of Journalists, and the European Broadcasting Union and the SafeJournalists Network to the EU Commissioner for Neighbourhood and Enlargement, Oliver Varhelyi,. On 6th October 2021, a group of Albanian journalists, editors, lawyers and activists sent an open letter to various international institutions asking for support in ensuring the Albanian government withdraws plans for a centralised media agency and the “anti-defamation package.” It was signed by representatives of the country’s major independent media institutions, including Exit.al, BIRN, Citizens Channel, Ora News, Politico.al, Euronews and Faxnews.