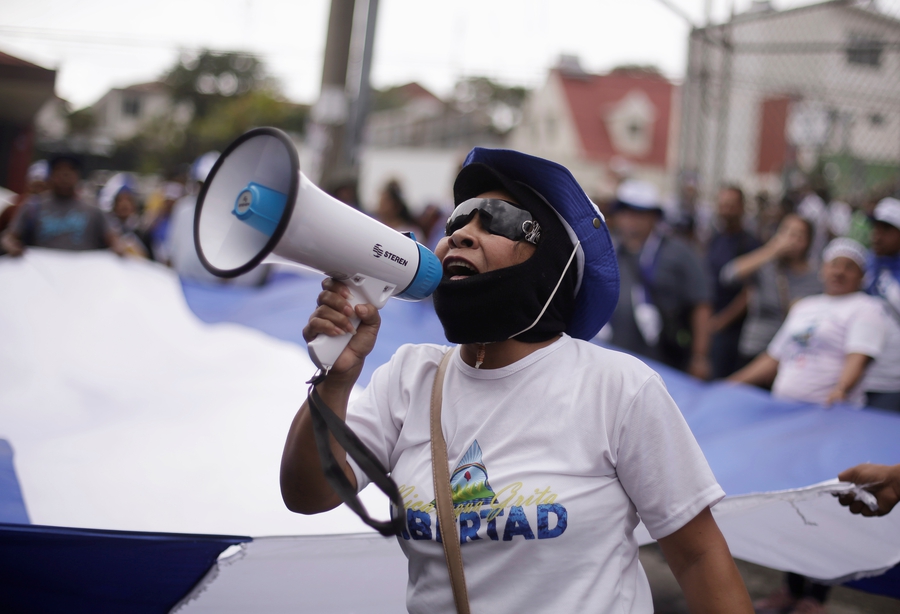 Protest by Nicaraguans living in Costa Rica in front of country's embassy in San Jose, May 2019. REUTERS/Juan Carlos Ulate.

Joao Maldonado, a Nicaraguan political activist who opposes the government of President Daniel Ortega, is in critical condition in a Costa Rica hospital after being shot, police and activists said https://t.co/PiLdjBGZ2J pic.twitter.com/KbXm2wLEFH

On 11th September 2021, Nicaraguan activist Joao Maldonado was shot in Escazú, on the outskirts of San José. The attack took place a day before a scheduled protest against the government of President Daniel Ortega of Nicaragua led by the organisation Unidad de Exiliados Nicaragüenses (Unity of Nicaraguan Exiles). Two assailants on a motorcycle shot Maldonado, who has lived in Costa Rica since 2018 and is a founder of the organisation. He was critically wounded and hospitalised.

On 20th September 2021, Indigenous communities in southern Costa Rica spoke out against a court ruling ordering the eviction of a Cabecar community in the China Kichá territory. Judge Jean Carlos Céspedes Mora of the Civil, Labour and Family Court ordered the eviction of a community of ten women and their families from recovered lands. The Indigenous peoples of China Kichá, Térraba, Salitre and Cabagra said that this action shows that the Costa Rican state represses and attacks Indigenous communities despite the legal framework which protects them.

On 17th September 2021, Nicaraguan refugees and others expressing solidarity protested against Daniel Ortega in front of the Nicaraguan Embassy in San José. Protesters called on the Nicaraguan government to end political persecution in the country. Similar protests took place in June and July led by feminist groups and political opposition in exile. Tens of thousands have sought asylum in Costa Rica since 2018, when a crackdown on mass protests in Nicaragua sparked an enduring political crisis. Since May 2021, a new crackdown on the political opposition has led to an increase in the number of asylum seekers from the country.