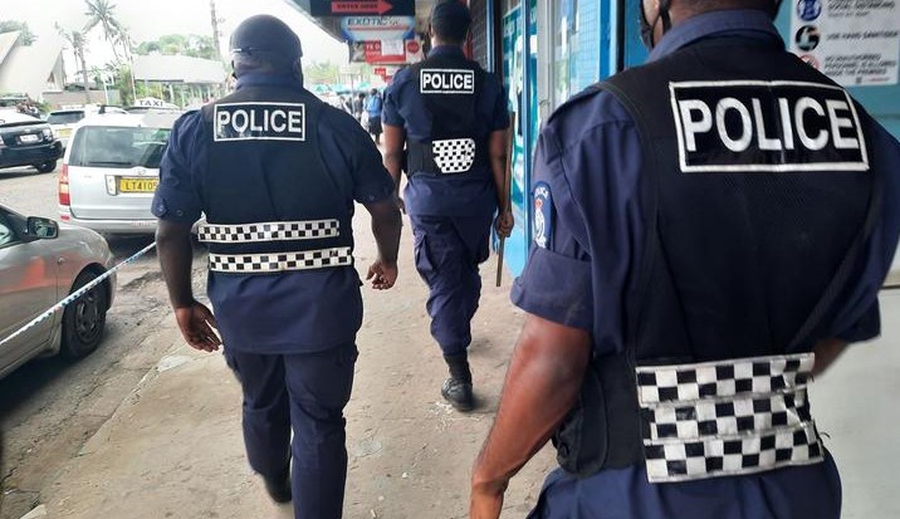 Fiji police made a spate of arrests of opposition politicians (Photo: Facebook/Fiji Police)

The civic space rating of Fiji by the CIVICUS Monitor remains as ‘obstructed’. In July 2021, the Office of the High Commissioner for Human Rights (OHCHR) and the Pacific-Community-SPC Human Rights and Social Development Division (SPC-HRSD) published a new report analysing the situation of human rights across the Pacific, including Fiji. The report, among other issues, highlighted that the Public Order Act (POA) and the Media Industry Development Act have “stifled human rights defenders by criminalising free expression, assembly and association”. Further, the sedition law imposes restrictions on freedom of expression.

Over the last few months, the police harassed critics of a controversial land bill by detaining nine opposition politicians under the restrictive Public Order Act for questioning. A former surgeon with the Ministry of Health, Dr. Jone Hawea, was also taken in by police over his comments related to the government’s COVID-19 handling. A youth activist spoke publicly about the human rights violations he experienced in 2006 following the coup, highlighting the ongoing culture of impunity in Fiji.

Police harassment of critics of the land bill amendments

🇫🇯 #Fiji: The police harassment of opposition politicians for their criticism of the land law amendments highlights the restrictive space for civic freedoms. It is a blatant attack on their rights to peaceful expression and association. https://t.co/0fvD7fvxG7 pic.twitter.com/4x2RpqW27U

In July 2021, nine opposition politicians were arrested and questioned in Fiji for voicing concerns about proposed amendments to a contentious land bill. Six members of parliament and three other high-profile politicians were taken into custody by the criminal investigations department on 25th and 26th July 2021. They were accused of ‘inciting unrest’ under the Public Order Act, a restrictive law often used to silence dissent.

The nine were Viliame Gavoka, the leader of the opposition Social Democratic Liberal Party (Sodelpa); the opposition whip Lynda Tabuya; the MPs Adi Litia Qionibaravi and Ro Filipe Tuisawau; Biman Prasad, the leader of the National Federation Party; the NFP president, Pio Tikoduadua; the former prime ministers Sitiveni Rabuka and Mahendra Chaudhry; and the Unity Fiji leader, Savenaca Narube. They were questioned by the police and subsequently released.

Following this, a volunteer for the National Federation Party was arrested on 28th July 2021 after a raid on his home, linked to his opposition to the law, and detained at Totogo Police Station. Fiji Police Force acting Commissioner Rusiate Tudravu said he was “being questioned in relation to allegations of a fake account”.

There had been widespread protest from politicians, public figures and many in the community over amendments to the iTaukei Land Trust Act known as “Bill 17”. Previously, any individual leasing land or wishing to make changes to a lease had to do so through the iTaukei Land Trust Board, which was established to protect indigenous landowners’ rights – but the amendment reduced the Board’s powers to regulate those changes. Critics said the bill trampled on the rights of iTaukei (Indigenous) landowners who were neither consulted nor gave their consent to the matter.

However, the government has argued that the amendments were to remove bureaucratic obstacles to minor activities such as arranging electricity or water supply and thatthe board takes too long to provide consent, constraining economic development.

Leaders of the political opposition parties said the “intimidation and harassment of the leaders and members of the Opposition political parties was systematically denying the people their basic rights and freedoms to know alternative views”.

The NGO Coalition on Human Rights (NGOCHR) had demanded greater consultation and collaboration with all relevant stakeholders regarding any proposed changes to the law. Despite this, the amendments were passed at the end of July 2021.

Outspoken former surgeon with the Ministry of Health, Doctor Jone Hawea, was taken in by police from his Lautoka home at 10pm last night. #TimesNews #FijiNews #FijiPolicehttps://t.co/jeVpxakmJe

An outspoken former surgeon with the Ministry of Health, Dr. Jone Hawea, was taken in by police from his Lautoka home on the night of 25th August 2021, over comments he made about COVID-19 and the government's response.

He was detained for 48 hours for allegedly sharing misinformation regarding COVID-19 and was questioned by police. His lawyer, Aman Ravindra-Singh, said he was concerned about the manner in which the arrest was conducted. He said he could not access his client as the arrest was carried out during curfew hours.

Hawea expressed concerns about his safety and his right to heath and has also questioned the rationale behind his transfer from Lautoka Police Station to Totogo when the Suva Nausori corridor, as he described to the Commission, is a “hot spot” for COVID positive cases. Hawea stated that some police officers acted irresponsibly by not adhering to the COVID-19 safety protocols and exposing him to risk of transmission.

Former Human Rights Commissioner Shamima Ali said the Fiji Police Force actions taking members of the public into custody for “questioning” during curfew hours when their legal counsel could not reach them are anti-constitutional,.

The Fiji Law Society said people cannot be arrested and detained just because of their dissenting opinions. The Society's president, Wylie Clarke, said: "Dr Hawea, like every other person afforded protection under the Constitution, has the right to freely express his views. The police must inspire public confidence by exercising their powers in a way that is fair and neutral and which respects the legal rights of others.”

Impunity for torture by the security forces persists

In early August 2021, youth activist Pita Waqavonovono spoke publicly about the human rights violations he experienced in 2006 following the coup executed by the then military commander and now Prime Minister Voreqe Bainimarama.

According to Waqavonovono, he was arrested by soldiers and taken into the barracks in December 2006 and allegedly abused, tortured and sodomised by soldiers, for his stand on democracy.

Human rights groups have documented that following the 5th December 2006 coup in Fiji, the military and police arbitrarily arrested and detained human rights defenders, journalists and others perceived as critical of the administration. Deaths in military or police custody were also reported and dozens of people were intimidated, beaten, sexually assaulted, or subjected to degrading treatment.

While Section 11 of Fiji’s Constitution contains the right to freedom from torture and other forms of cruel, inhumane or degrading treatment or punishment, it also grants extensive criminal and civil immunity to the military, police and other government officials for violations committed between 5th December 2006 and the first sitting of the first Parliament elected after the Constitution commenced on 6th October 2014.

In a 2016 report by Amnesty International it noted that Fiji has seen “an ingrained culture of torture take root” among its security forces. The military remains in control of key institutions, including the police, with a militarisation of the justice system that allows torture and other ill-treatment to go unpunished. Civil society have continued to raise concerns about torture in Fiji.

Social Democratic Liberal Party leader Viliame Gavoka said there were others who went through the same experience as Waqavonovono, who were tortured at the hands of soldiers and returned home with deep emotional and psychological scars. National Federation Party leader Professor Biman Prasad said Fiji needed a truth and reconciliation commission to bring to closure the traumatic events arising out of the four military coups.