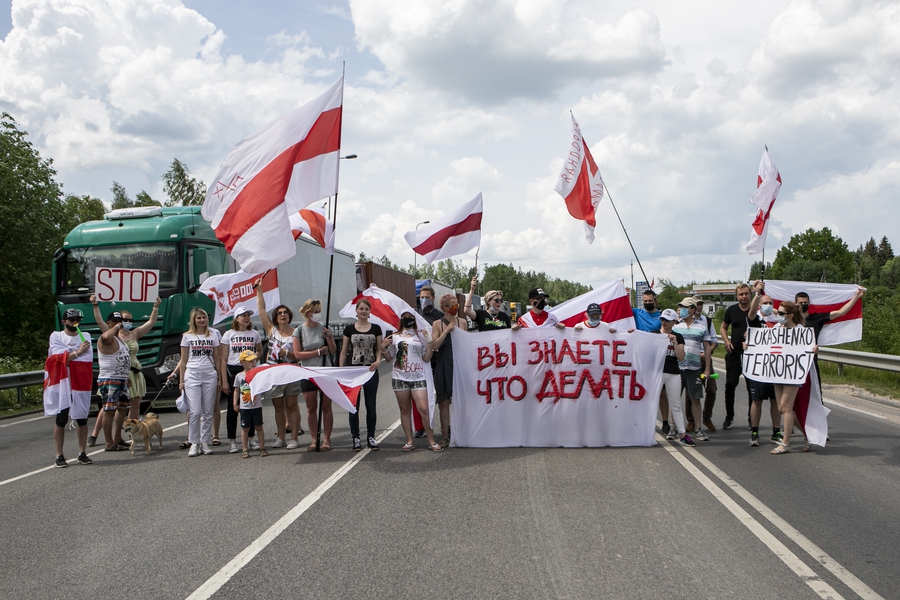 As is the case in many other European countries, COVID-19 cases have been declining in Lithuania. The government issued national certificates for people who are either fully vaccinated, have recovered from COVID-19 or have a negative test. People in possession of this national certificate are allowed to attend indoor events at 75 per cent capacity and outdoor events without any restrictions on the number of participants.

However, on 1st July 2021, the government announced a state of emergency due to the threat of the spread of COVID-19 after 150 people illegally crossed over the border from Belarus. This number is three times higher than the previous daily record of immigrants crossing the border from Belarus. According to Politico, "some of the migrants were reported to be Syrian citizens who entered Belarus legally because of family connections or dual nationality. But many such migrants would prefer to live in the EU, particularly with Belarus facing a barrage of economic sanctions by the EU, Canada, U.K. and U.S. over the continuing political crisis."

The government accused President Alexander Lukashenko of trying to destabilise the country by increasing the influx of immigrants crossing over from Belarus in retaliation for Lithuania’s support for EU sanctions against the Belarusian government.

On 9th June 2021, Belarusian activists in Lithuania organised a rallyat a border crossing in Medininkai to block traffic to and from Belarus. The aim of the protest was to put pressure on Belarus and call for stricter EU sanctions. The protest was not authorised by Lithuanian authorities and protesters attempting to block roads were threatened by police and the Lithuanian Border Guard Service (VSAT) with detention and fines. Dainius Daukantas from the Vilnius police told several dozen protesters: “I cannot let you do something that is against the laws of the Lithuanian Republic. It needs to be done lawfully, not spontaneously.” It is important to note that a protest being spontaneous does not automatically give the police the right to disperse the assembly.

Organisers of the first LGBTI Pride march in the city of Kaunas are suing the municipality over its refusal to issue a permit for the event, which is planned to take place on 4th September 2021. Even though the organisers proposed three different routes through the city, they were all rejected due to infrastructure renovation works and the “disproportionate inconvenience” due to traffic disruptions that the protest may cause. The organiser states that the refusal is discriminatory and hostile towards the freedom of peaceful assembly given that several other public gatherings have been held in the city centre. Additionally, Pride marches in the capital Vilnius have often been met with counter-protests opposing LGBTI rights. Recently, President Gitanas Nauseda refused to endorse a letter signed by 17 European Union leaders vowing to fight for LGBTI rights inside the Union.

Related to LGBTI rights, on 15th May 2021 thousands gathered in the captial city Vilinus to protest against a draft law which legalises same sex civil unions. The march was called the "family defence" march. However, on 25th May 2021, the draft law failed to clear its first parliamentary reading, after it was voted down by a narrow margin. Tomas Raskevičius, an openly gay MP, sponsored the bill.

On 4th June 2021, the National Association of Families and Parents sent a letter to the Lithuanian Radio and Television Council (LRT) complaining that there is too much LGBTI representation and that this “propaganda can no longer be tolerated.” The organisation claims that the LGBTI representation on radio and television contradicts public morality. In addition, it complained that conservative views are represented much less frequently compared to “LGBTI ideology”. Violeta Vasiliauskienė, the chairwoman of the National Association of Families and Parents, noted that during a radio show hosted by the LRT on the topic of whether people are allowed to talk about sexual minorities, she was the only guest out of five expressing a conservative view. Vasiliauskienė further accuses the LRT of bias and believes that the LRT does not respect the views and human dignity of people with different convictions. The letter called for the resignation of LRT General Director Monika Garbačiauskaitė-Budrienė in order to restore “neutrality” to the station.