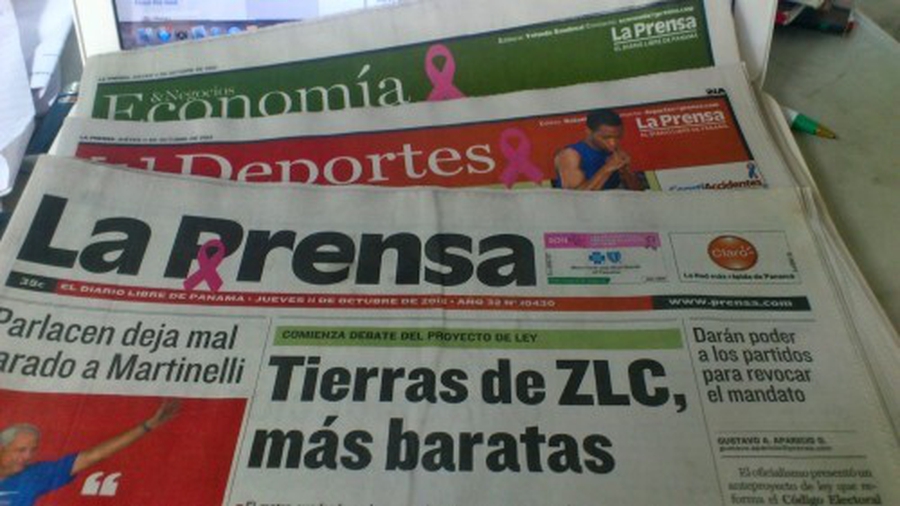 In June 2021, alleged criminal groups threatened to kidnap, rape, torture and murder Flor Mizrachi Ángel, an investigative journalist who uncovered a clandestine COVID-19 vaccination scheme in Panama. The investigation, published on La Prensa, showed private companies running an illicit paid vaccination clinic in an upscale neighbourhood of Panama City. The case sparked outrage in the country, where the government-run vaccination campaign had fully inoculated less than 20 percent of the population as of June 2021.

Mizrachi reported receiving a series of anonymous threats by phone calls and messages. One of the assailants reportedly said they wanted to kill her, telling her: “pay a lot of attention, we belong to the heat gangs and I have all your movements located, where you live, at what time you leave and enter your residence and all your family, your mother, siblings and more”. She filed a complaint with the Prosecutor’s Office. Journalists’ organisations in Panama condemned the attacks against the reporter, calling on the government to establish protocols to respond to threats against journalists and to protect them.

In a related development, on 15th June 2021 Guillermo Antonio Adames took office as president of the Consejo Nacional de Periodismo (National Journalism Council - CNP). In a speech, Adames highlighted the role of the press in exposing corruption and the backlash from powerholders. He also reaffirmed the National Journalism Council’s intention to push for the implementation of a protection mechanism with efficient and safe protocols to protect journalists from threats to their lives and integrity.

On 23rd June 2021, students protested against changes to Panama’s social assistance plan to aid those most affected by the pandemic, which created a digital voucher of US$ 120 to beneficiaries who complete community work or job training. At least a hundred young people demonstrated against the policy in front of the National Assembly, arguing the voucher’s conditionality humiliates people under economic strain. They also protested corruption scandals that have involved members of government during the pandemic. Panamanian Ombudsperson officials observed the protest, which took place without incident despite a reportedly tense atmosphere between demonstrators and the police.

In a separate development, on 1st July 2021 an anti-government protest in Panama City ended in clashes with police. Over a thousand people joined the demonstration, organised by labour unions, student organisations, environmental groups and other social movements. The protesters expressed their multiple grievances with the government in front of the National Assembly, where President Laurentino Cortizo was set to give a speech to commemorate his two years in office.“We have nothing to celebrate, today the Panamanian people are in mourning because of mismanagement,” said a student a leader. According to news media, the area around the National Assembly had been militarised and clashes began once a group of protesters moved a metal barrier set up by police. Anti-riot officers fired rubber bullets and pepper gas, forcing protesters to disperse.