Obstruction of journalistic work in Bolivia 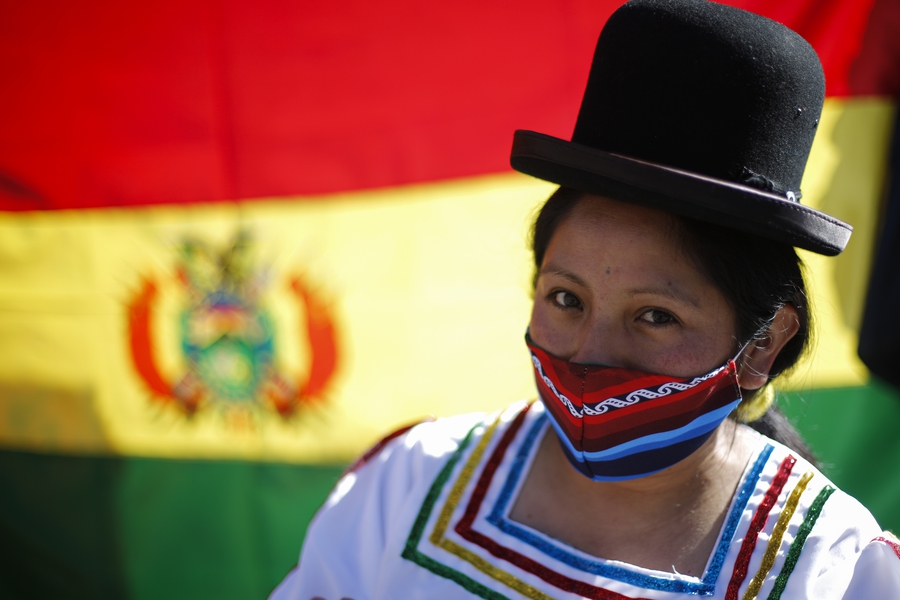 A woman wearing a facemask during a protest in La Paz. 8 June 2020. (Photo by Gaston Brito via Getty Images).

On 2nd June 2021, security agents at the La Paz Departmental Court of Justice (TDJ) prevented a journalist from entering an inauguration event. The Court’s president said that the press was authorised to cover the event and that at least two media outlets were present. However, Bolivia’s journalists’ association (ANP) reported that a security agent told at least one journalist that they could not enter the event. 25 judges were taking office, including a former prosecutor whose credentials have been questioned as he is under investigation for suspected tampering with evidence.

On 14th June 2021, ten football clubs and nine Bolivian football associations requested that sports journalist Fernando Nürnberg be censured and suspended for his comments while covering Copa America. In a letter to television broadcaster Tigo Sports, they claimed that Nürnberg makes malicious assertions on the Bolivian Football Federation, and that the commentator discredits and defames club representatives. The journalist received support from sports journalism associations, who said the request is an attempt to silence Nürnberg.

On 24th June 2021, during a virtual hearing with civil society, the President of the Inter-American Commission on Human Rights (IACHR) and Rapporteur on Memory, Truth and Justice, Antonia Urrejola Noguera, urged Bolivia to disseminate the Truth Commission’s report on the country’s military dictatorships between 1964 and 1982. According to a representative of the Attorney General’s Office, the report is available upon request at the Legislative Assembly’s library and there is an ongoing process to make it accessible online. However, Urrejola Noguera said making the report available is not enough, and that a key aspect of the guarantee of non-repetition requires that “society as a whole can know what these patterns of human rights violations were”.

On 10th May 2021, parents of school children marched from El Alto to the Ministry of Education in La Paz to demand security equipment to ensure a safe return to classes in light of the COVID-19 pandemic. Among their demands were free internet and personal computers for students to allow them to take part in virtual classes. They also called for more teachers and for the improvement of infrastructure and sanitation in schools. The demonstration was led by Indigenous women and protesters maintained social distance as they marched.