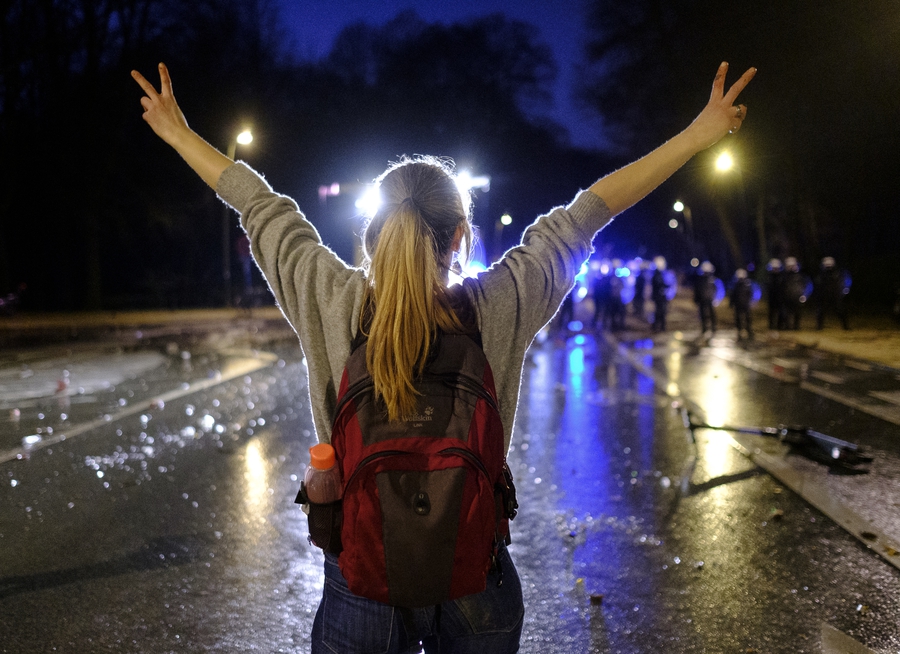 As the number of people in intensive care is steadily dropping in Belgium, previous strict COVID-19 measures are being lifted. However, a number of restrictions remain in place, for example, teleworking is still mandatory where possible, and the number of participants in different types of public and private events is limited.

Over the last few months, the enforcement of coronavirus-related restrictions in Belgium has raised serious human rights concerns. In a submission to the United Nations Committee on the Elimination of Racial Discrimination (CERD) in April 2021, watchdog Amnesty International reported that

“law enforcement officials resorted to unlawful use of force in enforcing the lockdown measures aimed at protecting public health in the context of the COVID-19 pandemic, in particular in areas with a high number of people belonging to ethnic minority groups.”

The organisation also expressed its concerns about:

“testimonies and videos showing aggressive and intimidating behavior by police officers against citizens filming police operations. Citizens must be able to document abuse and discrimination in police actions. Filming or photography is an important way for citizens to hold police accountable and document their experience.”

Law enforcement abuse against vulnerable groups in Belgium is not only characteristic of recent months during the ongoing pandemic. In June 2020, The Ligue des Droits Humains analysed 102 testimonies on police violence and concluded that police increasingly follow up lockdown measures in populations that were already struggling before the pandemic. In its publication on 30th April 2021, CERD recommends that Belgium explicitly ban racial profiling, adopts plans of actions against racial profiling, improves data collection and sets up a system for the registration of complaints. Belgium must also take action to promote diversity within the police force.

On 1st May 2021 police broke up a party in a park in Brussels. About 2,000 mostly young people gathered in Bois de la Cambre, the city’s largest park, to protest COVID-19-related restrictions. The event, which was announced on social media, did not receive authorisation. Police dispersed the crowd by employing tear gas and water cannons and detained 132 attendees. Olivia Venet, president of the Ligue des droits Humains said:

“The police can use force, they are also the only ones able to use force, but this force must pursue a legitimate aim, be strictly necessary, limited, and proportionate. What I saw in the videos leaves me with doubts. The use of pepper spray is a non-lethal force, but it is force.”

This party protest, named ‘La boum 2’ came one month after a similar protest. On 1st April 2021, people gathered in Brussels’ Bois de la Cambre for a fake festival called ‘La boum’ following an announcement shared on Facebook. Although organisers clarified multiple times that the event was just an April Fools’ joke, a large crowd gathered in the park. Most participants were not wearing masks or respecting social distancing rules. The police started to clear the park around 5 pm and once some attendees refused to leave and threw bottles at them, they used water cannon, pepper spray and tear gas to disperse the crowd. During this event 22 people were arrested. The mayor of Brussels, Phillipe Close tweeted that they cannot tolerate events like this after having seen the efforts of the vaccination centres to fight the virus. “Those who do not follow orders of the police run the risk of being arrested and prosecuted.” Close thanked the police for their work and the people who had followed the COVID-19 related measures throughout the year.

A journalist reported that while he was covering the event titled La boum on 1st April 2021 he was insulted on multiple occasions and people shouted ‘merdia’ or ‘journaloupe’. Ten days earlier a team from the #Investigation TV show were harassed on the sidelines of a demonstration against the ‘health dictatorship.’ Protesters shouted “Get out! You have nothing to do here” and “I am not talking to you dirty bitch” after a journalist defended her right to be there. A policeman advised the team to leave for their own safety. Public service broadcaster RTBF reports that such incidents have multiplied in recent weeks to an extent that they are no longer sending reporters or cameramen to demonstrations alone.

There have been other incidents documented during this period:

Flemish journalist association says police search of the house, computer and phone of journalist Dirk Selis was illegal. Selis broke the story of #COVID19 vaccination queue-jumping by St Truiden mayor Veerle Heeren, who has temporarily stepped down due to reveal. #Belgium https://t.co/FgA6yCrtxU

"The fact that a conviction now follows, after a search and seizure of a journalist's equipment, is very dangerous for all journalists. Bart Aerts did not intend to cast a bad light on the Saelens family or to influence the investigation. He did want to ask a number of valid questions about a socially relevant file." - general secretary Pol Deltour of the VVJ.

Flemish journalist association says police search of the house, computer and phone of journalist Dirk Selis was illegal. Selis broke the story of #COVID19 vaccination queue-jumping by St Truiden mayor Veerle Heeren, who has temporarily stepped down due to reveal. #Belgium https://t.co/FgA6yCrtxU

"I'm getting off Twitter for a moment. A lot of people tell me I shouldn't care about the intimidation, but I've been going through this for years, and recently it's getting worse. This is not to say that people manage to intimidate me. It is true that I am only human."