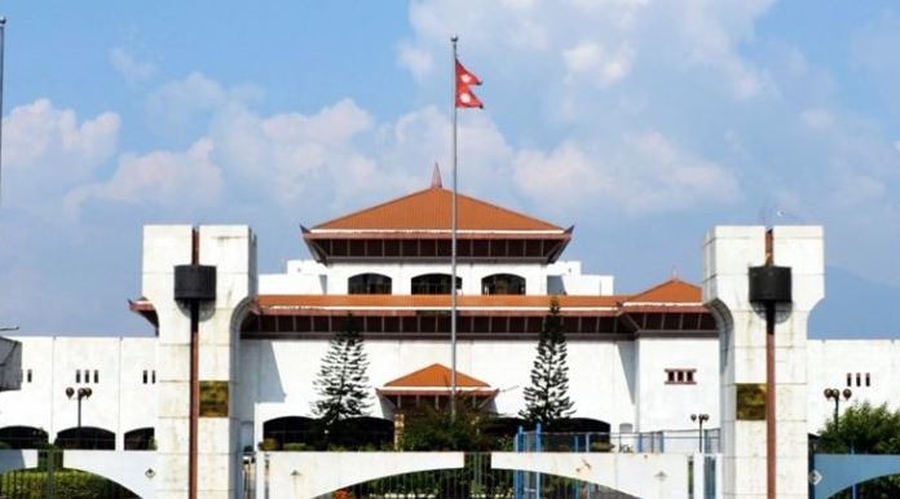 In February 2021, the Supreme Court overturned President Bidya Devi Bhandari’s decision to dissolve parliament in December 2020. The court ordered the reinstatement of the House of Representatives after concluding that the government's decision was unconstitutional and against parliamentary practices.

On 13th May 2021, Prime Minister K.P. Sharma Oli was reappointed as prime minister as he was the leader of the largest bloc after opposition parties failed to form a government. However, on 21st May 2021, President Bhandari dissolved the parliament for a second time in less than six months and scheduled snap elections. Bhandari made the announcement after it emerged that no single party in Nepal’s parliament had the numbers to form a government.

This has prompted court challenges, plunging the country into fresh political turmoil, amid a deadly second wave of the COVID-19 pandemic sweeping through the country. The crisis is threatening renewed instability in Nepal, which saw 10 changes in government in as many years prior to the 2017 election that brought Oli and his coalition of Communist parties to power.

Healthcare workers expressed concern that the turmoil could further hamper Nepal’s battle against the COVID-19 pandemic. Since the outbreak began, health authorities have reported 610,521 cases and more than 8,465 deaths – the vast majority being recorded in May 2021. The surge has overwhelmed Nepal’s healthcare system, which was already struggling with shortages of staff and equipment prior to the pandemic. The hashtag #NoVaccineNoVote has been trending in the Nepali Twittersphere, with social media users urging Oli to focus on the pandemic rather than the elections.

In April 2021, UN experts issued a statement voicing serious concerns over the recent appointment of new members to Nepal’s National Human Rights Commission, which they said “undermined its independence, integrity and legitimacy”. The experts said that the appointment process “failed to implement the essential requirements of the Paris Principles, including the need for an open, transparent and participatory process with broad consultations”.

“This will have a chilling effect on civil society actors”, the UN experts said, calling on the government to reverse the appointments and to “facilitate a new process marked by openness, transparency, broad consultation and participation”.

The experts also highlighted that the appointments failed to adhere to domestic law, as enshrined in the Constitution of Nepal, and that the authorities showed unwarranted haste in avoiding crucial processes such as the parliamentary hearing. Under Nepali law, appointments to Constitutional bodies must also be confirmed through a parliamentary hearing process, which could not take place because the President had dissolved the House of Representatives.

In recent months, a political leader was detained for her criticism of the President, while journalists have been targeted for their reporting. New directives have been proposed under the Electronic Transaction Act to police social media. The authorities have also restricted protests and arrested protesters.

Political activist detained for criticism of the President

Ram Kumari Jhakri was arrested on charge of crime against the state, before she was released later, for her comments on the President, but legal experts say police stretched the law a bit too far.https://t.co/Jeb034GHMX — by @tikapradhan

There have been concerns in recent years over attempts by the authorities to silence freedom of expression, particularly of those critical of the government or exposing government abuses.

In February 2021, Ram Kumari Jhankri, a leader of the Nepal Communist Party (NCP), was detained for several hours on charges of committing a ‘crime against the state’ based on Section 58 of the Criminal Code. According to IFEX, she was arrested at her residence in the federal capital Kathmandu on 11th February 2021 by the Metropolitan Crime Division.

Jhankri, who belongs to the dissenting faction of the ruling NCP, has been vocal against the dissolution of the House of Representative since December 2020. The influential youth leader had delivered a speech mentioning President Bhandari at an event in the Gorkha district a week before she was detained.

Responding to the incident, Executive Chief of Freedom Forum, Taranath Dahal said: “The government has been increasingly intolerant in crushing citizens’ right to speak, or their ability to criticise government activities and public persons. The arrest of leader Jhankri based on an unrelated legal provision clearly indicates that the government wants to silence dissenting voices. Her speech neither threatened the President, nor the parliament. This act is a further signal of more horrible days to come and an assault on the democratic system in Nepal.”

If any social media company fails to register, the new directives allow the government to restrict all access to the platform in question. Once registered, the company will not only need to abide by certain rules and regulations, including Nepali laws, but also take down any posts that offend “public decency” and “morality”. The directives offer no clear definition of what these terms mean, leaving it open to interpretation at the hands of the police and the courts. All user data will also need to be handed over to any investigating authorities upon request.

The new social media directives are based on provisions in the Information Technology Bill, which is currently in Parliament awaiting ratification. The directives have been drafted in accordance with Section 79 of the Electronic Transaction Act which allows the creation of directives to implement the Act, according to ministry officials.

In recent years, the government has proposed new laws to severely curtail freedom of expression. The Information Technology Bill creates a raft of loosely defined new offenses that could be interpreted to include almost any online activity. Among numerous problematic provisions, the draft law also creates an intermediary liability for internet service providers (ISPs), meaning that they could be held legally responsible for material posted by others on the internet.

The Information Technology Bill is designed to replace the 2006 Electronic Transactions Act (ETA), which the current government has abused repeatedly, often to prosecute online journalists reporting on corruption.

Journalists targeted for their work

🇳🇵 #Nepal: Security forces raided the residence of journalist Babin Sharma and his office for sharing a news story originally published by the Ujyaalo News Network on 16 April https://t.co/nPhfkjPeem @ForumFreedom

There have been ongoing threats and attacks against journalists in Nepal for their reporting, including on the COVID-19 pandemic. Online defamation laws have been used to silence criticism of authorities and to prosecute online journalists.

In April 2021, the home and office of journalist Babin Sharma were raided by security forces over a news report alleging a secret agreement involving Nepal's prime minister and a foreign official.

According to reports, Sharma was targeted for sharing a news story originally published by the Ujyaalo News Network on 16th April 2021. Sharma is associated with the online news portal. Reporters at Ujyaalo News Network were also harassed and threatened over the story, which was dismissed by authorities as “fake news”.

Freedom Forum Executive Chief Taranath Dahal said, “the intimidation of journalists merely for news publication and dissemination is unacceptable”. He added that “the government must stop intimidating journalists but take rightful measures to identify ‘fake news’ and respect freedom of expression.”

In May 2021, two editors, Rajan Kuikel, Chief Editor at www.imagekhabar.com, and Narayan Amrit, Editor-In-Chief at www.nepalsamaya.com, were summoned by the Supreme Court on 25th May and interrogated as to why they had published ‘baseless news’.

Chief Editor Kuikel informed Freedom Forum that the Supreme Court summoned them about a news report they had published about a meeting between the Prime Minister and the Chief Justice and that they were grilled by the court. The court officials insisted that the news report damaged the Supreme Court’s image. The reporters were told to disclose their news sources and apologise for the news reports, which they refused to do and stood by their story.

Further, the media regulatory body, Press Council Nepal was allegedly used by the authorities to issue a letter to the editors on the same day seeking clarification over the news content and source.

Freedom Forum Executive Chief Taranath Dahal condemned the harassment of the journalists saying that “the interrogation of journalists and asking them for their sources by court officials is worrying and risks journalists’ safety”. He added that “the government has repeatedly been misusing the Press Council’s authority to intimidate the independent media and question its credibility”.

The director of Amnesty International Nepal, Nirajan Thapaliya said, "Nepal's authorities must respect the right to press freedom as enshrined in the constitution and refrain from intimidating and harassing journalists for merely publishing news. If disagreements ensue over media content, they must follow due processes and not resort to high-handed approaches that may lead to a climate of fear and insecurity among journalists."

The proposal has been deemed “unconstitutional.” This lead to hundreds of Nepali women taking to the street of #Kathmandu to protest against the proposal and other abuses of female rights. Margot R. #WomensRights #nepaliwomen #protests pic.twitter.com/iMKk4hRuVU

In February 2021, hundreds of women’s rights activists and their supporters rallied in Kathmandu to call for an end to violence and discrimination against women and the scrapping of a proposed law that would restrict travel for many women. The proposed law by the Department of Immigration would require women under the age of 40 to get permission from their family and local government to travel to the Middle East or Africa. The government said the regulation was to stop human trafficking. Following criticism, the department said the law applied only to “vulnerable” women and stressed it had yet to be finalised.

The protesters marching in the heart of Kathmandu chanted slogans demanding equality. Activists say even though the country’s constitution guarantees equal rights to women, there is much more that needs to be done to make that a reality. The protesters tried to march to the prime minister's office but were blocked by riot police and barbed wire barricades.

Hima Bista, executive director at Women Lead Nepal, told protesters: “What is extremely dangerous is the thought process behind it. The very fact that a policymaker is thinking about drafting this law restricting the movement of adult girls and women tells us how deep-rooted the patriarchal mindset is.

Nepal Police today arrested 20 civil society activists and their leaders from a protest site near PM KP Sharma Oli's residence in the capital Kathmandu. They were protesting against govt’s intervention into operation of Medical Education Commission & other medical-related issues pic.twitter.com/uKQY5qO0C8

On 11th June 2021, around 20 people, including civil society activists Narayan Wagle, Khagendra Sangraula, Yug Pathak, Sanjeev Upreti, Archana Thapa and Bhaskar Gautam were arrested at a protest site near the Prime Minister’s residence in Baluwatar. The group was protesting against political interference in the Medical Education Commission and the government’s plan to give affiliation to a pro-government medical college. Police said they had violated a prohibitory order which bars anyone from staging any kind of physical protest.