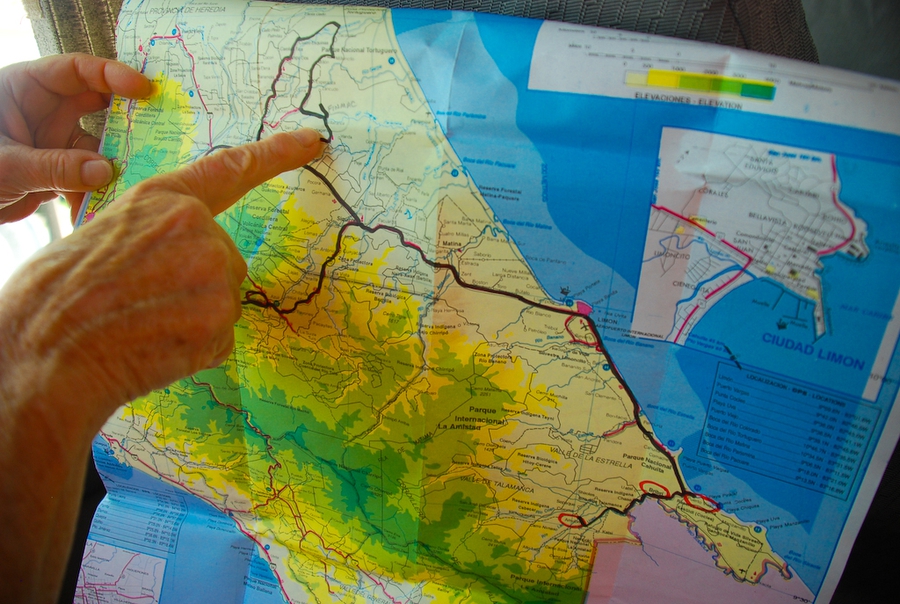 Map of Costa Rica. Photo by Everjean via Flickr (CC BY 2.0).

On 17th May 2021, farmers and non-Indigenous residents in the southern province of Puntarenas protested against land recovery processes. Civil society organisation Coordinadora de Lucha Sur Sur said the protest was convened based on false information about an alleged executive decree to increase the extension of China Kichá Indigenous territory. The organisation warned that such false information seeks to fuel conflict over land, leaving Indigenous communities vulnerable. Local organisations have also denounced a smear campaign against Indigenous peoples in the region.

Government authorities denied that such a project to expand Indigenous territory exists and organised a visit to the towns of Pérez Zeledón and Buenos Aires to provide clarity on the Reclamation of Indigenous Territories (RTI) Plan. 15 civil society organisations signed a statement rejecting the march and underlining that religious authorities have not acted to mediate the conflict but to support claims of non-Indigenous ranchers and farmers. The organisations expressed regret at the racism, hatred and aggressions faced by Indigenous peoples in the region.

The Indigenous Council Consejo Ditsö Iríria Ajkönúk Wakpa de Salitre reported that on 11th May 2021 two assailants used firearms to intimidate Silvia Rojas Delgado, Bribri leader in the Di Sié community, during a judicial proceeding on disputed land. According to the Council, one of the attackers was a land invader also responsible for shooting Indigenous leader Minor Ortiz in February 2020 and threatening his family. The Indigenous Council said:

“Any aggression against the Di Sié community is the responsibility of the State, by omission and action, by not taking real actions to guarantee the physical integrity and life of the community.”

On 20th April 2021, Reporters Without Borders (RSF) published the 2021 World Press Freedom Index, ranking Costa Rica number 5 out of 180 countries. The country had the best score in freedom of expression of the region, placing it among the top countries in the world in respect of this freedom. According to RSF, cases of attacks, threats or other forms of intimidation of journalists in Costa Rica are rare. However, the organisation said access to state-held information is sometimes complicated and that ownership of Costa Rica’s media is concentrated in very few hands, limiting media pluralism to a significant degree.

Meanwhile, the Inter-American Press Association (IAPA) highlighted in their mid-year meeting the lack of government efforts to create processes of transparency and accountability. As reported by the IAPA, Costa Rica’s media have endured difficulties due to the lack of adequate means to obtain clear, accurate and timely information - and there were no regular press conferences on matters of public interest in the first months of 2021.